Tim Howard is a Sports Hero

I cannot say that I am a soccer/football/futbol fan but when it comes time for the World Cup, I am there. I have not had a chance to watch a World Cup game live until July 1, 2014 USA v. Belgium and what a game it was. Yes, the US lost the game but they went down fighting and did not give up.

What really captured my attention throughout the game was Tim Howard, goalie for Team USA.  This man was challenged, not once, not twice, but more than 16 times! He had what is believed to be (they only started tracking in 2002) the most recorded saves in a World Cup game.  Tim Howard's legs alone made a ridiculous number of saves.  You had to see it, to believe it.  Trust me, watching it live was very stressful.

Belgium's Team Captain, Vincent Kompany was just as impressed with Howard'd performance as seen by his tweet after the game. Very classy of Kompany. I have much respect for him as well.

Kudos to you Tim Howard. You played with heart, grit, determination, and class. The man never quit. Not once. Not even when it seemed like it was just him taking on the entire Belgium team by himself.  I hope all young athletes, regardless of sport, look to you as an example of how to play the game.

No question about it. Tim Howard is my Sports Hero. 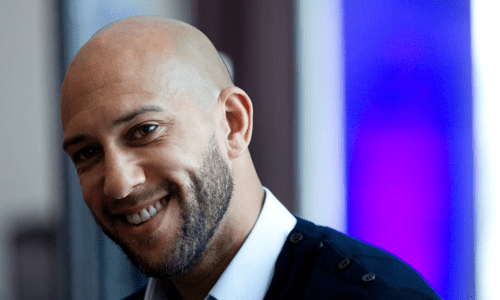