On November 30, actor Paul Walker died in a car accident with his friend Roger Rodus. Both were at a holiday toy drive for Walker's foundation, Reach Out World Wide. I was surprised to learn about this foundation and had not heard of it before today. In looking it up, I was very impressed by the work done by the foundation and by the legacy Paul Walker is leaving behind.

“Paul wasn’t someone who would just write a check and lend his name to an organization; he was the heart and soul of Reach Out WorldWide. Paul was the first one in and the last one out, he led by example and his hard work and dedication inspired everyone who had the privilege of working with him. He led one of the first teams into the hardest hit areas of Haiti and traveled to Chili to bring water, medical aid and hope after the Earthquake and Tsunami. He ran a chainsaw clearing debris and helping people get back into their homes during the hottest days after the tornadoes in Alabama… Some people play a hero, Paul was a hero. Paul was an honorable, hardworking, dedicated, respectful man with a humble spirit who shared his blessings with those who needed it most. It was an honor and a privilege to be able to work with, learn and look up to someone who walked the walk.” – JD Dorfman, Reach Out Worldwide

I had no idea but now that I do, I want to share the work of his foundation with you. A team from ROWW is in the Philippines now working to help those in need after Typhoon Haiyan. It goes to show you that they are not all talk.  Look into them and if you're so moved, donate.

My prayers are with Paul's daughter and with Paul & Roger's family, friends, and fans as we all mourn the loss of these two men. #memoryeternal 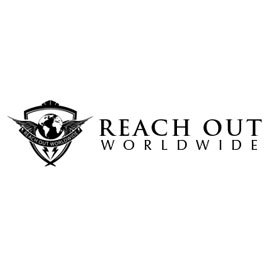