[Reposted] In light of the HUGE opening expected for Iron Man 3, I thought I'd repost this article.  😀

There's a big slate of summer blockbusters coming up later this year and you may want to get ready for that. You could always start saving now but it's possible to go to the theater and not lose your last dollar.

Sometimes when you look at the theater prices, it just doesn't seem like you can afford to watch a movie. There are usually two places where you the cost of going to a movie can get you. Either at the box office or the concession stand. The only way I know you can save money at the concession stand is by joining a theater's rewards program or by simply not buying food. It probably varies from theater to theater but look into things that offer free refills AND, check the size of what you're buying. Seems like a medium could easily be a large. *shrug*

Ticket prices used to be broken down into two categories, matinee and non-matinee prices. Seeing a matinee show means that you're watching the show in the afternoon (or morning).  There usually is a specific time at which theater's switch from matinee pricing to non-matinee (evening/weekend) prices.  That time varies from theater to theater. Usually it's 4pm but check the theater to be sure. Some theaters will even drop the price for shows before noon or the first early show on a Saturday morning.

So if you were going to see A Good Day to Die Hard starring Bruce Willis then you could either pay a non-matinee price of $10.50 (based on prices in MD) or the matinee price of $8. Or if you can go to a show before noon, you would pay $6.

This doesn't include the increase in price for the latest technology. There's a jacked up price for Real-3D and IMAX. If we're looking at the prices above for a regular movie then it wouldn't be surprising if IMAX prices were: $10.50 (before noon), $13 (for matinee) and $15 (non-matinee).

Oh, I should mention that ticket prices will also vary by city & state. Ticket prices are cheaper in the mid-atlantic than they are in New York and California.  You should keep that in mind when planning a trip to the theater. Personally, I prefer a less crowded theater and will try and go for a matinee or before noon show. I save money and am more likely to get a good seat.

If you're really trying to save money, then be on the lookout for living social/groupons where you can buy tickets for a discounted price. Check out places like Costco's and BJ's where you can get a package deal.  Granted, some of these “deals” have restrictions where you have to wait two weeks after the movie is released to use the tickets or pay a nominal fee for early use, so read the fine print. BUT, in the end, they can save you money.

You Ought to Know: You don't have to break the bank to get the movie theater experience. 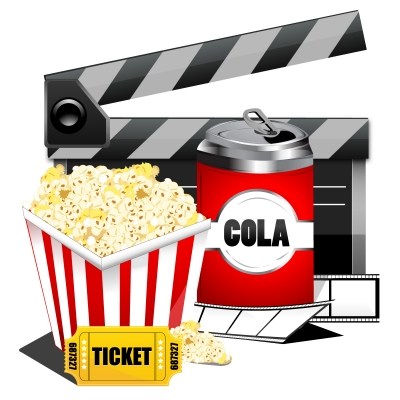