The Mockingjay – Part 1 Trailer is Here!!

Finally! The wait is over. The trailer for Mockingjay – Part 1 has been released. Previously a teaser trailer was released but we now finally have a theatrical trailer that reminds me why I trust in Francis Lawrence. Mockinjay is my least favorite book of the Hunger Game trilogy, but I have a feeling that Francis will work his magic so well that I will love the movie version.  As for why I'm feeling optimistic, well the trailer explains it all:

Does that not make you want to run to the theaters and watch the movie!!! Sure trailers can be misleading and not tell the whole story but I think this is a great sign of what is to come. Normally, I would say if you have not read the books you should do so before watching the movie. But, Francis and his team did such a great job with Catching Fire, you probably will be okay if you don't. Though wherever they cut off part 1 is going to shock you, if it is where most fans think it will be. Just remember you can always read the book to find out what happens. 😉

Anyway, filming for both Mockingjay Parts 1 and 2 have wrapped and so if we're lucky, maybe we'll get a teaser of a teaser for part 2 at the end of part 1. 🙂

If you want to see the teaser trailer, here it is: 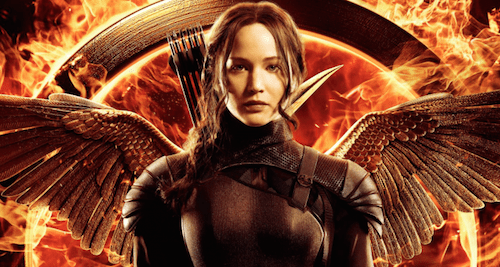