Missy Elliott We Missed You!

Did you watch that Superbowl half-time show?! Did y'all see Missy Elliott come on your screen!!! I was so hyped when I heard the intro for “Get Your Freak On.”

Here's a clip of the Missy Elliott portion of the show if you didn't see it:

I thought we were only going to hear one song but then she kept singing!!!

Missy Elliott was the winner of the Superbowl.

I never realized how much I missed Missy until I heard her hits. So then I went back into m music files and pulled out her songs and she is in my rotation. I'm not the only one who has Missy Elliott on their playlists though. Three of Missy's hits have been on the iTunes Top 10 for over 24 hours since she appeared on the half-time show.

Y'all should check out Missy's hits on iTunes including:

Missy tweeted after the show:

Tbh I didn't realize how much I was missed til last night.I'm crying y'all 4give me I just can't stop thanking God & y'all

We didn't realize how much we missed you either till we saw you on our tv screens. I just want to ask two things from you.

1. Please don't go away for so long again.

2. Please don't mess up your legacy like some folks have been doing recently….i'm just saying. *shrug*

If you don't know who Missy Elliott is (or Paul McCartney for that matter) then please do yourself a favor and educate yourself.

Now let's get Missy and Timbaland back together and into the studio! Someone make this happen!

Missy Elliott is back!

p.s. Thank you Katy Perry for making all this happen. 🙂 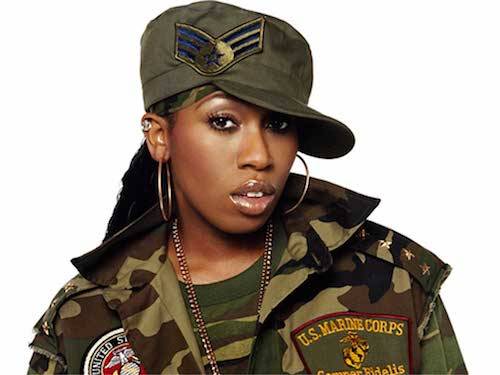