So E! News messed up by announcing they had brand new Catching Fire footage when really they did not. They had the Hunger Games (HG) fandom so excited and then let them down. People were staying up to see if they had missed it only to find out they had not. They made the Hunger Games fandom soooo mad that they had to issue an apology on Twitter. Wow! You know you’ve made a mistake when you have to apologize.

My issue with the apology is this: miscommunication implies an mistake on both sides. That’s not the case here. What you flat out tweeted was wrong. You've already deleted your tweet, probably in hopes that people would forget but things are essentially forever once they're on the Internet remember. HG fans are dedicated and they capture anything and everything HG related even tweets announcing news:

So where is the miscommunication? What you were saying seems pretty clear to me. I’ve only seen the backlash on tumblr but fans are upset. I doubt the HG fandom will just forgive and forget any time soon. I'm sure they won't be relying on E! news for some time. I will surely think twice before I believe you.

Lesson to be learned: Be careful with what you say and show your audience some respect by admitting you made a mistake if that is the case. 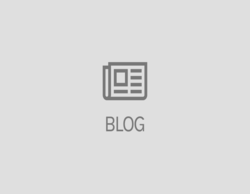