Kerala Flooding Reminds Us of the Fragility of Life

While I was born and raised here in the US, I am from Kerala, India, a place known as “God's Own Country.”I am a Malayalee. In India, June/July to September is known as the rainy season. So it is not uncommon to see it rain in August. However, this year the rain in August brought the worst flood that has ever been seen this century. It also brought with it death and destruction in its wake.

Even thought it is roughly a month later, it was important for me to share this because whenever I mention it to someone, they are always surprised. A natural disaster that has taken the lives of over 400 people, placed a million more in refugee camps, and where families are returning to homes that are damaged or destroyed.

Picture this: It's been raining and you are coming back to a home that is filled with 3 feet of water. The water is in your hallway, your kitchen, your living room, and your steps. It has covered the furniture, gotten into the cabinets of your memories, the closets with your shoes and clothes, and your pantry of food. There is no electricity and you have no way to charge your phone. If your computer is on the first floor, you may have lost that as well. Your material possessions will have been damaged beyond repair. Hundreds of thousands of people are facing this. Even worse than the loss of material possessions is the loss of life. I read recently the story of Jolly who lost her daughter and mother-in-law, when their house collapsed from the flooding. Moreover, there are still hundreds of accounts of people who could not be rescued in time.

As Kerala recovers, and people begin to try to return home, this flood will leave a lasting impact. Drinkable water, disease, and snakes are just some of the things they will face. Yes, I said snakes. The water has displaced not just people, but also animals. There are parts of Kerala that have not been affected to this extent and that is a blessing in and of itself.

This is something that could have happened to us. Recently, we've seen natural disasters devastate Puerto Rico, Mexico, and Florida. Closer to home, rain and flooding devastated historic Ellicott City, in Maryland on May 27th. There is no discrimination when it comes to natural disasters. In fact, Typhoon Jebi just slammed into Japan followed by earthquakes bringing about landslides. My thoughts and prayers are with the people affected by these disasters in Japan.

It is in times like this we must recognize the brevity of life and how we must make the most of each day. It is also a time when we should reach out to help our fellow human beings without reservation. Below are links to places you can donate to help in the rebuilding efforts.

On a more personal note, as I said before, Kerala is my home, where my family is not only from but where I still have family living. By the grace of God, my families throughout Kerala are okay. But as the flooding occurred, some had to leave their homes, some moved onto the terrace of their house until the waters receded, but overall everyone is okay. My mother's family home has been damaged, but what is important is that everyone is safe.

Remember, each moment of life is precious, so choose wisely as to what you do with it.

P.S. Here is another video showing the effects of the Kerala Flood: 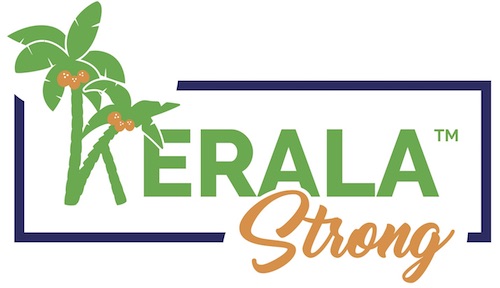