If I'm going to be truthful, I have to admit: I am a bit tired of superhero movies. Not to say I don't enjoy all of them, sometimes watching a superhero movie brings everyone together for a fun time. My problem is that there is simply too much nowadays. More and more heroes are being picked from the comics to have their own films and franchises with multiple contract deals and crossovers. After a while it is hard to keep track of and follow. The stories tend to feel too similar and follow the same formula. None of these films have stuck with me, until now. Not until the story of Diana Prince finally graced the silver screen. Wonder Woman is the superhero movie we needed.

Directed by Patty Jenkins, Wonder Woman tells the story of Diana (played by Gal Gadot), princess of the Amazons, who has been trained since childhood to be a great warrior. Her sheltered life on the island of Themyscira abruptly ends when a pilot (played by Chris Pine) crashes on the shore and tells of a “war to end all wars” going on in the outside world. Diana must leave her home and discover her true powers in order to end the war and save all people.

Right from the start it is clear that this is not your average superhero movie. Right down to even the posters, which show Wonder Woman in strong, dominant poses, the film portrays the character as nothing else but a fighter, a hero. It's not about the fact that she is a woman, though it is both important and sad that this is the first female-led superhero film, the first to be directed by a woman at that. The film focuses instead on Diana's journey to becoming the famed Wonder Woman. In the end, it is Diana discovering her true powers and destiny that help her become who she is and help her overcome the struggles she faces while fighting both her small and big enemies. How inspiring it is, to see such a strong woman single handedly run through no mans land from the trenches of war, fired at constantly with bullets as she deflects them all and fights back. The result is one of the most breathtaking sequences in modern-day action film.

What sets Wonder Woman apart from the other DC comic films, that have not exactly been met with the same universal praise and success? First I believe having a female director makes a world of a difference, someone who can successfully guide a film to focus on a woman's strength and ability. Patty Jenkins direction is fantastic. Second comes down to basic storytelling. Wonder Woman's story execution is flawless. The film explores Diana's past, with rich characters that shape her character, while also introducing new ones to transition her into the next phases of her battle. The steady but quick pacing allows for just the right amount of exposition and action to create a balance between the two that other DC and superhero films have previously lacked. Nonetheless the story still manages to provide humor, heart, and surprises all while incorporating stunning action sequences. Seriously the action sequences are amazing.

Gal Gadot is Wonder Woman. There is no one else more perfect for the role. She is able to seamlessly blend both her lovable innocence and naivety as someone new to the human world with her warrior strength and intelligence. She views the world with a childlike curiosity and a heart that believes in the inner goodness of people. Gal's Diana is a symbol of love, truth, and justice and it is a pleasure to watch it all unfold on-screen. Chris Pine is great in the film too, as the American pilot who acts as Diana's link to the outside world as well as her love interest. Pine acted as the perfect supporting character to Diana with strong chemistry between the two. They played off each other perfectly.

I loved seeing Diana's childhood and training on the island with the Amazons as well as her action packed war scenes, but perhaps what I appreciated most was Diana's battle within herself. Her quest for justice was only made stronger when she realized the true power she held inside. Wonder Woman is the perfect superhero movie. The story, performances, direction, and action all made for an enjoyable and inspiring film that can be appreciated by all audiences. The film packs a punch but with its humor and heart as well. Wonder Woman is the superhero we have been waiting for and I cannot wait to see what is in store for her. I recommend everyone to go see the film!

On the Ticket Stub Love scale, I give Wonder Woman 5 out 5 ticket stubs. 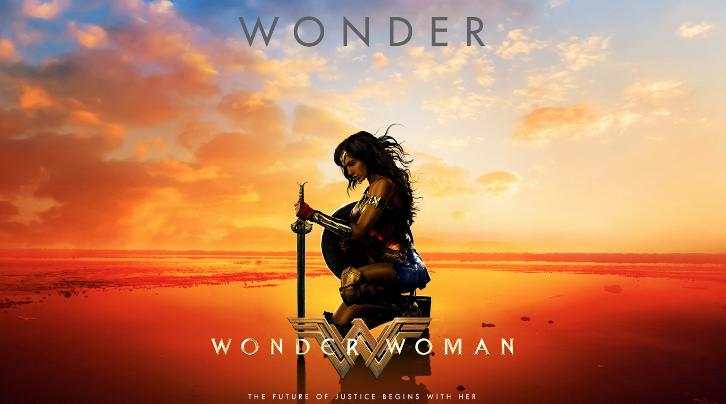