Biographical movies attract movie goers. There is something about a true story that appeals to audiences, makes them watch with wonder and remind themselves that what's happening on-screen actually happened in real life. Many times, film serves a medium for the increased awareness of an event or person, bringing to light a story not known by some or many. The 2016 Hindi film Neerja is one of those fantastic biographical films. It is a film that elicits awe in the viewer in response to the great bravery and resilience shown by its central protagonist.

Neerja is story of Neerja Bhanot, the head purser on the Pan Am Flight 73 who helped save the lives of 359 passengers after the plane was hijacked by a terrorist organization.

Neerja tells an incredible story of an even more incredible woman. In such a devastating and terrifying time, Bhanot still took control of the situation in the plane. Risking everything, she protected the passengers on the plane shown through her efforts to especially shield the American passengers that the terrorists were targeting. Bhanot's courage and strength serve as an inspiration to all who watch the film. For me personally, I can only hope that one day I have an ounce of the bravery that Bhanot showed during the hijacking.

Neerja is an extremely well done film. The story is well crafted and helps to somewhat realistically portray the events that occurred on the plane during the hijacking. Being a thriller, the film had me on the edge of my seat many times. Even though some audience members may already know the story of the hijacking, the film still elicits suspense and fear. The film grips the viewer until the very end and serves as a great tribute to Bhanot and her enduring spirit.

Perhaps the highlight of the film was Sonam Kapoor's performance as Neerja. In what can arguably be called her best performance yet, Kapoor plays the role flawlessly with respect to Bhanot. Her confidence in the role shines through as she effectively manages to portray the many emotions that must have been experienced on the plane. Kapoor is fearless, drawing upon the strength of Bhanot in telling her story.

Neerja is a must watch film. While I agree that some aspects of the film could have been developed more such as the terrorists and their motivations, I still believe that part of the film does not need to be the focus. This film is about Neerja Bhanot, her bravery and the actions she took to save the lives of the people on that plane. I fully recommend this film. Not only does it act as a great thriller, Neerja is a moving film that honors a real hero.

On the Ticket Stub Love meter, I give Neerja 5 out of 5 ticket stubs. 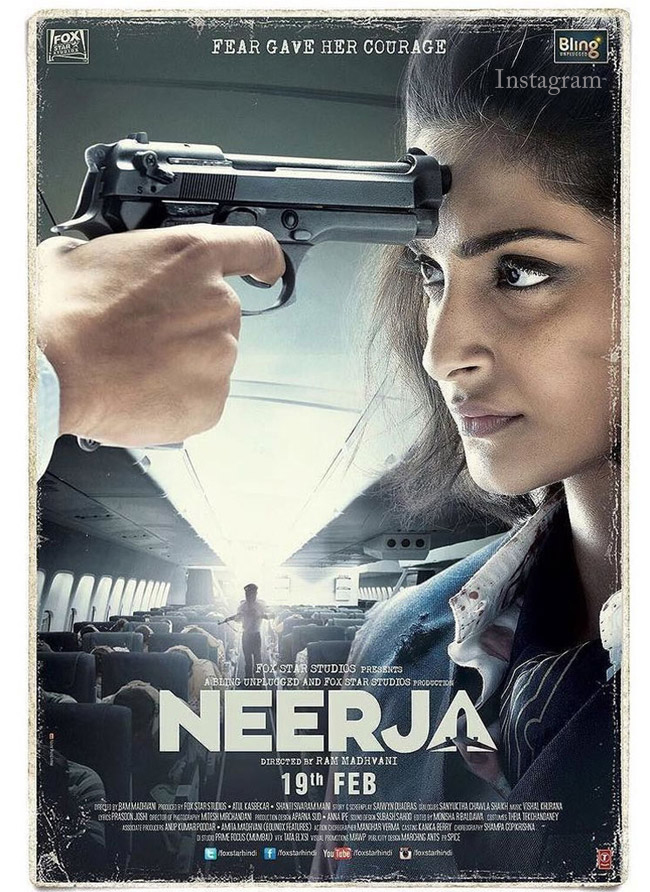