Welcome to a great show with Jinu Mathew. Jinu has owned Tutor Doctor since 2016 and is a former math teacher and school principal. His life has been focused on education for many years and he loves helping his students achieve much more than they ever thought possible. Hear his thoughts about what’s wrong with today’s students and how parents and teachers can help impact the next generation. Join us!

Life is full of pivotal moments that can make us or break us. Jinu shares how he refused to be broken or give up on his passion. At age 29, he suffered a stroke and paralysis that impacted his personal and professional life in every way. He remembers praying that he would get back to his passion of serving kids. When difficulties come, your course may be altered, but you can keep your focus and move forward in small steps. Jinu shares how his Christian faith gave him a foundation to keep going and why he loves proving people wrong.

Today’s Students: A Complacency of Achievement

Is it possible for B/C students to achieve A’s? Jinu says YES! The problem for so many students is that they have never been told (or shown) that they CAN achieve MORE! He explains how everyone has the ability to learn, but the key is finding the perfect match of student to instructor in a customized learning environment. As parents and teachers, we have to fight against “self-fulfilling prophecies” by giving support, pushing forward, and providing enrichment to learning. Jinu says, “It’s all about how much you care.”

Impacting the Next Generation of Dream Chasers

“Be the change that you want to see.” You have to model the change you want. You can’t limit yourself if you want more from those around you. Small steps lead to a brighter future. Jinu says to “know yourself and push yourself,” and he models that by setting the goal of finishing his doctorate degree in education. He feels that he has worked too hard and for too long to settle for anything less. When something is hard, get on the internet, take advantages of the available resources, and figure out how to move forward. What if our next generation of young people took Jinu’s advice?

Prioritize achievable goals into long-range, mid-range, and short-term goals. Go from there by making small benchmarks of what you can attain. 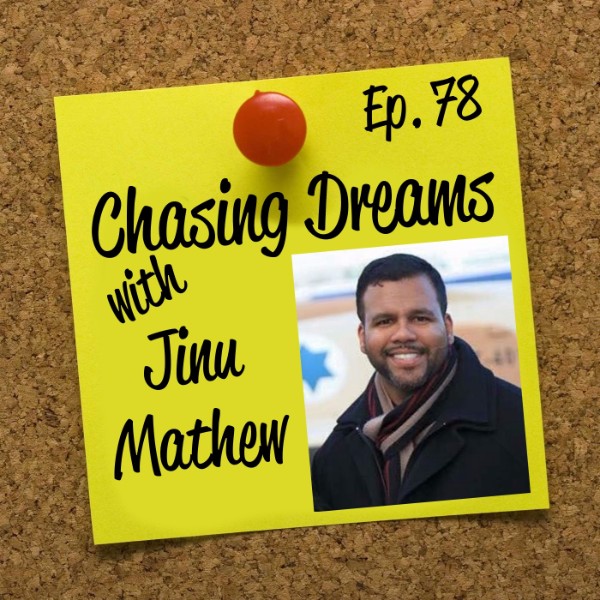