Ep. 66: Nina Babel – Shares Why Keeping it 100 Helps Her Empower Others

Nina is the founder and host of Keep it 100 Girl, an internationally known storytelling podcast which discusses how to empower women and men to have open conversations about their lives with no filters. When she’s not on a beach, she resides in the Washington, DC area. Nina talks to you like she talks to her own girlfriends. No filters. She wants to make you laugh from all the fifty shades of cray-cray women and men go through. She enjoys helping women to find their superhero strength based on real life personal experiences from women of all ages and stages of life, who reveal what they are thinking, but not saying out loud.

Nina Babel has always been a confident girl and young woman. One aspect of that is the ability she’s had to be clear on who is around her and the things they bring to every interaction. She’s been able to discern the good and bad in people and to speak straight regarding what she sees. She’s learned something about herself as well: if someone tells her she can’t do something she will be motivated to do it all the more. That’s what has propelled her to do bigger things in her life and to create a podcast where she talks with people about the most difficult or awkward subjects for the sake of unpacking the truth about life and how we all navigate the landmines.

Thinking toward the next step is vital for doing your best now.

Nina Babel is moving into more and more realms of influence that she never expected when she started her podcast. The simple decision to start a podcast has opened up new realms of possibility that have enabled her to see a few steps ahead that she can shoot for. She’s found that looking ahead at the possibilities is what inspires her to pivot what she’s currently doing to make it better and to become a building block for those future things. If you want to be inspired by a young woman who’s really rocking things, this episode is the kind of fuel you need.

Connecting with someone who’s ahead of you on the path is what’s needed for success.

Many entrepreneurs are so creative and visionary they can’t easily stay focused on one thing to get it done with excellence and efficiency. Nina Babel knew that about herself and made the decision to invest in her own development through hiring a coach. She can’t imagine where she would be if she hadn’t taken that important step. Her coach has helped her narrow things down, get ultra-focused, and stay on track to truly accomplish the things only she can do. Her path has accelerated rapidly as a result and on this episode, she shares her best advice for those who want to chase their dreams, so be sure you listen.

The hyper focus that enables Nina to succeed wouldn’t happen without her coach.

Nothing worthwhile happens by accident. It takes extreme determination and consistent movement in the same direction. But you can’t keep yourself on the right path if you’re always bouncing from one project to another without guidance or clear direction. That’s why Nina Babel suggests a coach for everyone who wants to chase their dreams. In her mind, a coach is the person who helps you see the things you can’t see on your own and will keep you accountable to doing the things to move forward toward the goals you need to be reaching.

Start with a coach or mastermind before you begin to chase your dreams. They’ll help you set your expectations for moving forward so you don’t spin your wheels.

TWEET: [spp-tweet tweet=”#Connecting with someone who’s ahead of you on the path is what’s needed for #success @NinaBabel“] 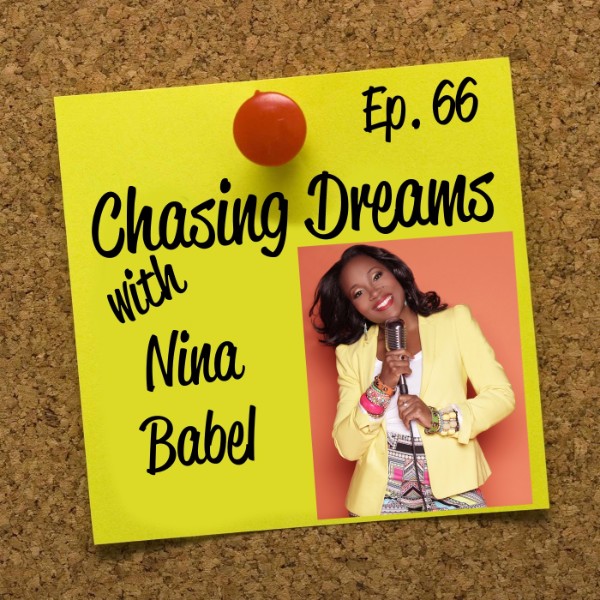