Ep. 210: Sebastian Kurian – The Road from Depression to Achieving Dreams

Some people would let a clinical depression diagnosis stop them in their tracks, but not my guest for today’s show. He battled through the darkness and took steps to get himself in a good place on the path to achieving his dreams. He is now living his best life in CA with an exciting and highly-coveted job at one of America’s most innovative tech companies.

Before joining Google, Sebastian was a Corporate Counsel at Amazon, where he was the lead global utilities lawyer for Amazon Web Services. During his time at Amazon, he closed or advised on many renewable energy deals. He is also the former Assistant General Counsel of Clark Construction, one of the oldest and largest building and civil construction ﬁrms in the United States.  Sebastian began his legal career as a commercial real estate and ﬁnance associate at Miles & Stockbridge.

Why Sebastian pursued a law degree

What is the best way to arrive at a career choice? Most people would advise you to focus on your strengths and interests and chose a career that aligns with those. Sebastian knew that the dental and medical fields popular with many young Indian students would not be a good fit for him. In short, he didn’t like math, and he wasn’t very good at it. What he did like, however, was political science and business, so he thought a law degree would be a versatile beginning point that would utilize his strengths. Since he didn’t know any other lawyers in his family or community, he went into the career blindly, not knowing what he was choosing. As a lawyer, Sebastian felt like he was on call 24/7 and never had any time off from the long hours and demanding schedule.

If you’ve ever battled depression, then you know there can be a stigma attached; this is especially true for Indians, where a depression diagnosis brings a certain amount of shame and dishonor. Many Indians won’t seek professional help for depression symptoms, precisely for this reason. Sebastian had to build up the courage to see a doctor, accept his diagnosis, and confront his problems. Things had spiraled downward so badly that he had even seriously contemplated suicide to the point of planning out how he would take his life. Sebastian had never dreamed that depression would affect him, but he found himself going through treatment that consisted of therapy and antidepressants. Now, he’s living proof that you can fight through the darkness and come out on the other side to move forward and achieve your wildest dreams.

TWEET: “Sebastian had to build up the courage to see a doctor, accept his diagnosis, and confront his problems.” @skurian8  #chasingdreams

How many times do random encounters put us in the perfect place we need to be? This happened to Sebastian as he struggled in an unhappy place back in 2012. He was miserable in his job, and his career had gone backward. He was stepping back from a relationship, his job, and life in general. Sebastian says he was extremely close to quitting his job and joining the Air Force, and he had even contemplated moving to Africa. It was a random incident that moved him across the country and landed him his dream job at Google.

Guest Recommendation: ONE action for a dream chaser to take: “It’s OK to quit and walk away from something. Sometimes quitting and moving on is the best answer.”

TWEET: When you have nothing to lose, it’s a lot easier to take a risk. @skurian8  #chasingdreams

TWEET: I don’t have a Cinderella story about why I went to law school, but for me, it worked out, and I’m happy where I am today. @skurian8  #chasingdreams

TWEET: The West Coast life is more laid back and less pretentious than life on the East Coast. @skurian8  #chasingdreams 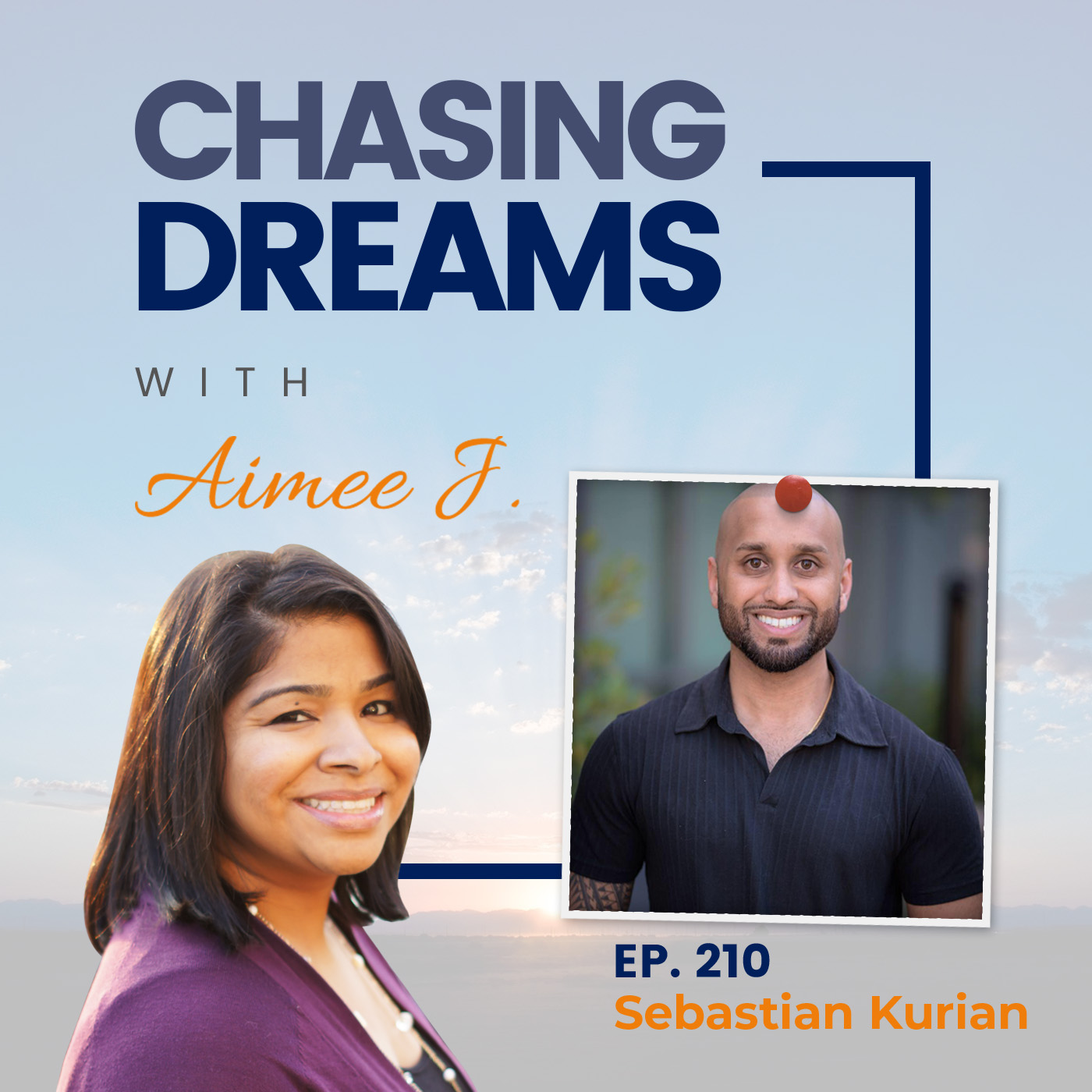