MC Vikram grew up in a very traditional, South Indian (specifically Malayalee) household where education and church were emphasized greatly. He developed a love for comedy at an early age and decided to take the risk, step out of his cultural comfort zone, and create his own material. Fear of how his content would be received led him to create anonymously, so he could just step away if the reaction wasn’t what he wanted. His leap of faith was worth it as his songs circulated around the world and became extremely popular, changing his life forever.

Are you afraid to open yourself up to criticism? MC created the parody song, “Welcome to India,” back in 2002, which was the pre-social media generation and an entirely different world. Now, he’s making a comeback with a new generation. His comedy is something he loves doing, not just for himself, but to bring laughter and happiness to others. If you think about your next step too much, then you open yourself up to “analysis paralysis.” MC says that not everything you do will be a success, and the moment you put something into the world, you open yourself up to criticism. The key is to keep going.

Are you comfortable in stepping “outside the box”? MC says that every culture has its expected norms, but Indian culture especially has strict expectations for achievement. His decision to use comedy, stereotypical accents, and rap music to highlight Indian culture was definitely outside the box of these cultural norms. Even though “Welcome to India” was clean, catchy, and something Indian kids could be proud of, MC had to endure his share of criticism. His intention was never to bring a negative light to Indian heritage, but to step out and take a risk with the talents God has given him. He believes that sharing your talents can lead to great things!

TWEET: “You have to think about failure as part of the formula for success.” #chasingdreams

Are you afraid of failure? MC wishes that people knew how to take baby steps in accomplishing their goals and didn’t dumb down the capabilities that they have. The fear of stepping outside of a comfort zone and the fear of failure keep many people in professions that they think are safe and secure, but they aren’t finding happiness. Failure is part of success, and it doesn’t define you! Stop fearing failure, take the steps forward, and enjoy the risk!

TWEET: “Some people aren’t living their true selves, but are living what’s defined for them.” #chasingdreams

TWEET: “I wanted my own interests to come alive.” #chasingdreams

TWEET: “When you put too much pressure on yourself, you take away the fun of it.” #chasingdreams 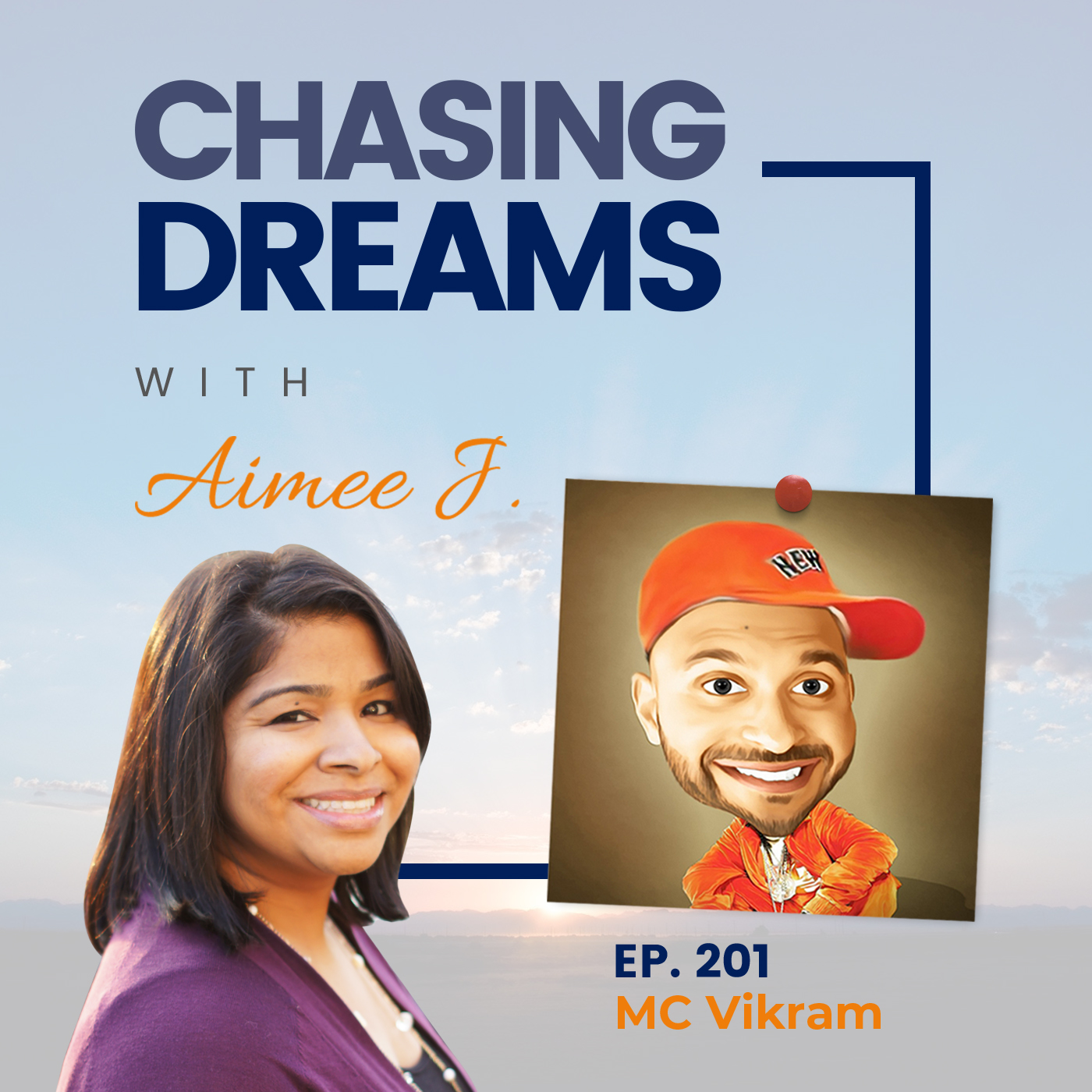