Everyone dreams of taking their passion and turning it into something profitable. It’s the situation in which your “work” becomes so much more than work. Such is the story of today’s guest. Listen in to hear how she turned a childhood hobby into a serious profession.

Tamara Thompson founded Serious Take Productions in 2012 and has built her creative video agency nationwide. She received her degree in filmmaking and pursued her passion for bringing stories to life in a creative, emotional, and impactful way. Tamara has won awards for her documentary films produced for large corporations such as Microsoft, Starbucks, Safeway, and Gabriel Cosmetics to working with musicians from top TV reality shows like American Idol and NBC’s The Voice. She is known for her attention to detail, her creative vision to help you pull the right story for your brand, and helping people gain the confidence to Broadcast Your Authority with video productions. Tamara enjoys cultivating relationships in the entrepreneurial space to provide meaningful introductions to influencers who are giving back. She lights up knowing each video her team has produced is meant to create a bigger impact and drive results by building rapport with an ideal clientele.

What did you love doing when you were a kid? Tamara started playing around with her dad’s camcorder when she was about 7, and video has been a huge part of her life ever since. She figured out how to turn her passion into profit and found the strategies and systems she needed to put everything in place for her production company. She became a silly YouTuber in 2005 but wanted to be seen as a serious filmmaker. She went away from YouTube for a while but now helps her clients use it in “not-so-silly” ways. Film school taught Tamara how to make inspiring and emotional documentaries that focused on stories of people, along with epic brand-story trailers that share the story of her clients’ brands.

TWEET: Pause your life and take some time for yourself. @seriouspro #chasingdreams

What does it take to find someone’s story? Most of what Tamara does involves sharing people’s stories. She believes she is gifted in knowing when someone isn’t sharing enough of the back story. Some people have gone through traumatic experiences, and these are the stories that inspire others. Most of us fear being vulnerable in sharing our past, but telling our stories leads to authenticity and helps others see your WHY. Tamara has become experienced in asking the right questions that will dig deep and reveal the hidden parts of the story.

TWEET: I’ve become very purposeful in finding people who are in alignment with my mission. @seriouspro #chasingdreams

How much control do you have over your destiny? Tamara says that you have to take action by putting the vision out there in the future and create the action path to get there. Focusing on what you want to be a part of will help you set the intention. Having connections and building relationships are part of the pathway to success. She says to trust your intuition about who you need to connect and collaborate with. We all go further when we connect with others.

TWEET: What is it about your story that will resonate with others? @seriouspro #chasingdreams

Guest Recommendation: ONE action for a dream chaser to take: If something gets in your way, find your way around it. Find a way to get where you need to be.

TWEET: Some people are afraid to share the vulnerability of the WHY behind their story. @seriouspro #chasingdreams

TWEET: Turn your passion into profit. It is DO-able. @seriouspro #chasingdreams 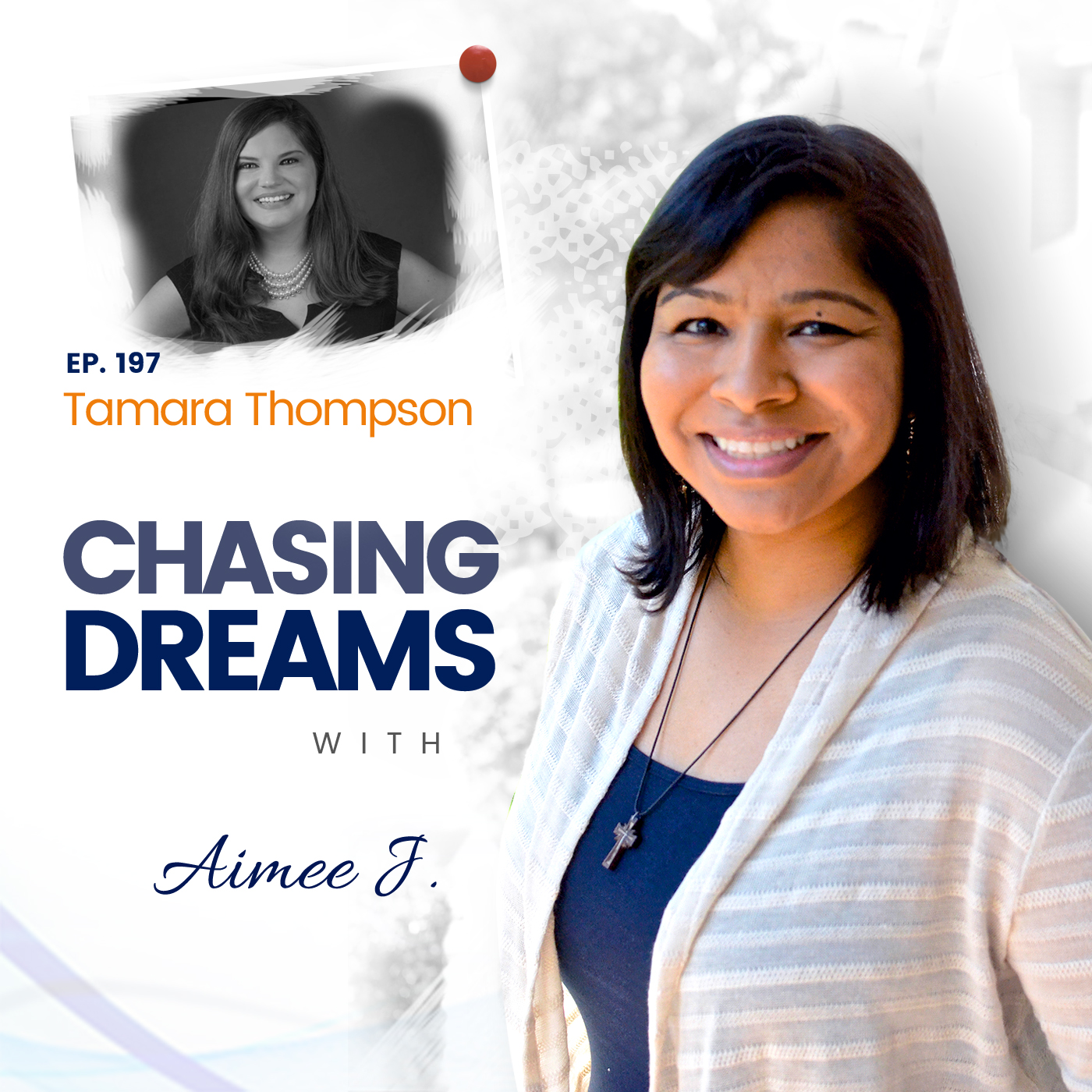