Sometimes chasing your dream requires you to walk away from the path you thought was laid out before you and make a leap and take a risk. If you allow others to tell you what’s right for your life, then chances are that you’ll encounter anxiety. In honor of Mental Health Awareness Month, we’re talking to someone who has learned how to find peace and purpose in life.

Jake Heilbrunn is a TEDx speaker and bestselling author of Off the Beaten Trail, endorsed by multiple NYT bestsellers. He has spoken across the US and internationally to 12,000+ people about replacing anxiety with purpose and creating a career you love. He is the co-founder of The Idea Collective, which helps thought leaders get their message out through speaking engagements and TEDx talks.

When do you experience anxiety? When Jake went to college at age 18, he broke out with hives and rashes due to severe anxiety. Doctors couldn’t help, and he became depressed and questioned everything about his life. Jake left school with a backpack and flew to Guatemala, where he taught English and lived in the jungle for several months. When he learned mindfulness, meditation, peace, and purpose, he experienced a 180-degree shift. He soon learned that many young people are battling anxiety, so Jake felt the calling to help others through his speaking opportunities and writing his book.

TWEET: Anxiety was debilitating, so once I found out what helped mine, I knew I could help others with the same thing. #chasingdreams

How much time do you spend on social media each day? Statistics show that American teenagers spend an average of 4 hours daily on social media! It’s the place where dangerous comparisons are made, and each one of us can play a part in changing the narrative. Social media can be used for good, but we all fall into the trap of viewing others’ lives as “perfect,” because of the selective glimpses we get. We have to remember that we see what people want us to see, and much of it isn’t real. We can see the same post as thousands of people, but we may have a different perception. Jake explains how our brains can be changed because of the influence of social media.

TWEET: Social media plays a huge role in the lives of American teenagers, and it is changing their brains. #chasingdreams

How do you know which path to follow? Jake didn’t know what career path he would follow after college, but he saw someone’s Instagram post about a meaningful trip to Mexico, and he decided to pay $1000 for a trip. Jake says the trip “called out to me.” As if the universe reinforced his decision, he won $1000 in an unrelated book marketing contest the next day. On his trip to Guatemala, he met the person who later became his business partner. Sometime later, they started The Idea Collective to help people develop TEDx talks. Their company has grown to a team of 13 people.

Jake is previously featured on Episode 63

TWEET: I felt a calling to help others come through anxiety and find their purpose. #chasingdreams

TWEET: Not knowing what you want to do is OK. #chasingdreams

TWEET: One of our core values is radical transparency. #chasingdreams 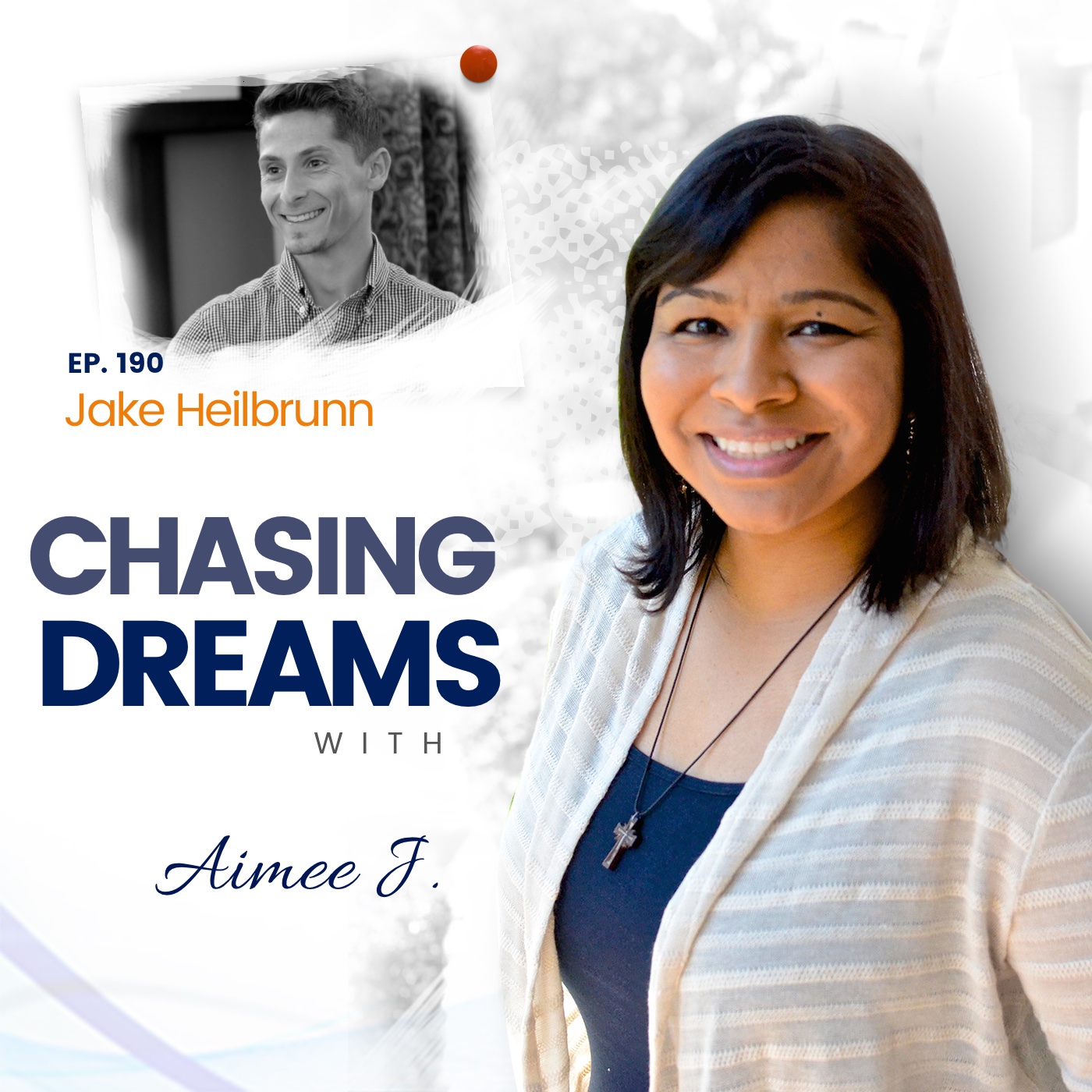