Have you fallen into the trap of saying, “I’ll give my dream a TRY”? Today’s show will expose the negative mindset in that statement and SO many others that keep us from becoming fully committed to chasing the dream that lives within us. Join us to learn more!

Ash Cash is one of the nation’s top personal finance experts. Dubbed “The Hip-Hop Financial Motivator,” he uses a culturally responsive approach in teaching financial literacy and entrepreneurship. Ash is a speaker and the author of seven books. He’s best known for helping people maximize their full potential by giving them the inspiration, tools, and resources needed to live their best life.

How important is perspective? It’s the most important factor in determining your mindset, and your mindset will determine your success! Ash grew up in the projects of NYC, witnessing drugs and murders on a regular basis. He rose above all of that to find a career in banking, but he still had a negative attitude about what he could do with his life. The time came when he knew he needed to “switch things up,” so he read books and started practicing how he could change his mindset and his perspective. He learned that you can create any circumstance you want through your mindset, and he’s on a mission to help people change their money mindset and live better lives.

TWEET: If you’re working for praise or criticism, then you’re at the mercy of other people. #chasingdreams @iamashcash

The big misconception about money

Do you think that you “work hard for money”? Ash explains why this is exactly THE WRONG thing to say, because the key is to have your money work for YOU. It’s important to change your perception and be the employer of your money, by creating multiple income streams and residual income. Ash says to allow your money to work for you, and don’t chase after it. There is a direct correlation between serving and doing what you love and financial abundance.

Don’t put conditions on your dreams

You might think saying, “I’ll give my dream a shot,” is a good thing to say, but Ash says NO! You were built and designed for your dream. It has to be attainable if it’s something you envisioned, because it’s the essence of who you are. Many people are too afraid of failure to even begin! The key word in dream-chasing is UNTIL. Decide that you’ll chase your dream UNTIL. Be committed and keep going.

Guest Recommendation: ONE action for a dream chaser to take: “Make the commitment. Don’t ‘test’ or ‘try it out.’ Leave no doubt. There is no other option. Keep going until that dream becomes reality.”

TWEET: I realized I could do what I love and merge my passion with profit. #chasingdreams @iamashcash

TWEET: When you’ve seen and experienced a lot, why not show gratitude for life? #chasingdreams @iamashcash 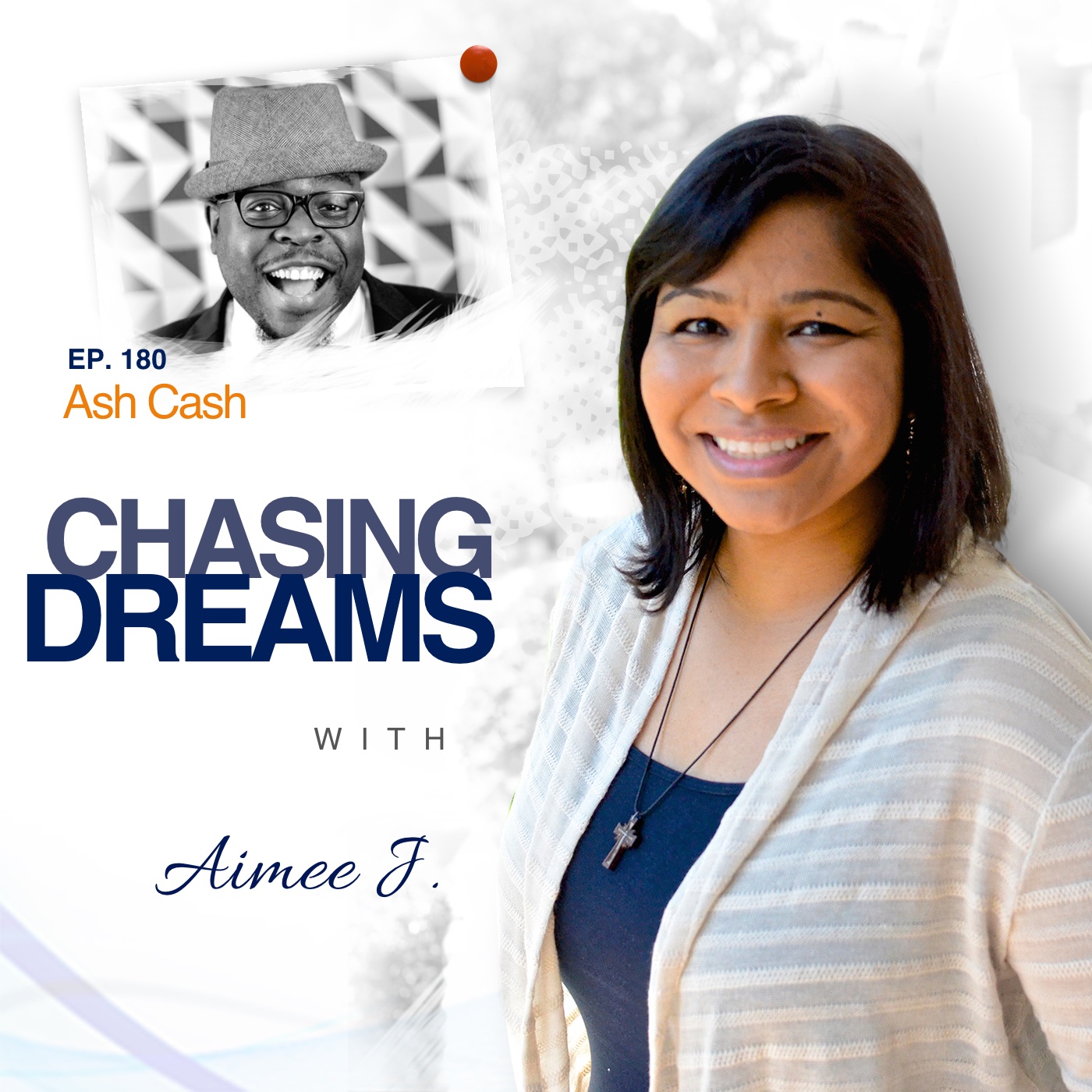