Ep. 167: Nick Goblirsch – Making Friends is Hard Until You Do

What are the valuable parts of YOUR story? What is the legacy you need to leave for the world? My guest today has a unique perspective on his role as a podcaster, believing he is entrusted with preserving today’s stories for future generations.

Nick Goblirsch has been a podcaster and producer for nearly four years, while having a successful HR leadership career AND running a family household with his wife, Megan, host of the You Be You with Meg and Liv podcast. Despite having graduated with a degree in Fine Arts, design, radio, and video, Nick had long since turned off the passionate part of his life to focus on the NOW of raising children. A close friend of his started his own business, but needed someone with multimedia expertise. In came Nick, who for a small window of time every other week, started drawing on those dormant skills and escaped a bit from the day-to-day grind of his career to do something new and refreshing for a friend. As he started building his friend’s brand, that creative itch started surfacing again, and the passion for creating, sharing, and connecting was alive again. He set a goal of doing 200 full episodes with a few mini-sodes in between, and has set a mission to honestly connect with people around him, discussing timely topics that he can relate to and start a conversational experience that he can learn and grow from.

Have you heard the little voice in your head that says you don’t belong? We’ve all heard it at one time or another, and Nick remembers well the voice that said he would never be good enough in the podcasting world. He finally tired of not celebrating his successes, and when he was asked to speak at a podcast conference, he felt like it was the culmination of everything he had done up until that point. The challenge was to learn something new, get good at it, and expand his network—but he DID IT. Nick shares how he learned to love himself, believe in himself, and take care of himself—and stopped fishing for compliments from others.

TWEET: Challenge yourself to learn something new, get good at it and use it to expand your network. It’s not as hard as you imagine. @dependent_nick #chasingdreams

Which of society’s “stupid rules” do you follow? For Nick, he thought making the decision with his wife to start having children meant that everything else in life had to be put on hold. In his mind, parenthood meant forgetting who you are and forsaking the dreams you might have. Fortunately, he found the spark again and the love for all things tech, especially in the world of video production. Being raised by his grandmother and an alcoholic father after his mother’s death put him in the position to embrace his independence, and this skill has served him well  as he became The Dependent Independent.

Have you found YOUR voice? What is the legacy you should leave behind, not just for your own children, but for other generations? Nick is thankful that he has found his love for art and media again, and is using his talents to do something meaningful in the world. He shares a personal story about using his podcast to document thoughts and experiences that he hopes his children will appreciate one day in the future. He looks at his podcast as a time capsule in preserving memories that are the gift that keeps on giving for future generations. He says, “Everything you record is a legacy and an imprint on the world.”

TWEET: “Everything you record is a legacy and an imprint on the world.” @dependent_nick #chasingdreams

Guest Recommendation: ONE action for a dream chaser to take–”Don’t be afraid. Fear is crippling. Life is too short. It’s OK to be scared, but don’t let fear dominate your decision-making.”

TWEET: Putting your voice on tape or a video recording means you are leaving an imprint behind that moves people. @dependent_nick #chasingdreams

TWEET: If you are a victim of imposter syndrome, then you will never stop to celebrate your successes. @dependent_nick #chasingdreams

TWEET: Imposter syndrome is the voice in the back of your head that says your success is not warranted and that people will eventually realize you are nothing but a sham. @dependent_nick #chasingdreams 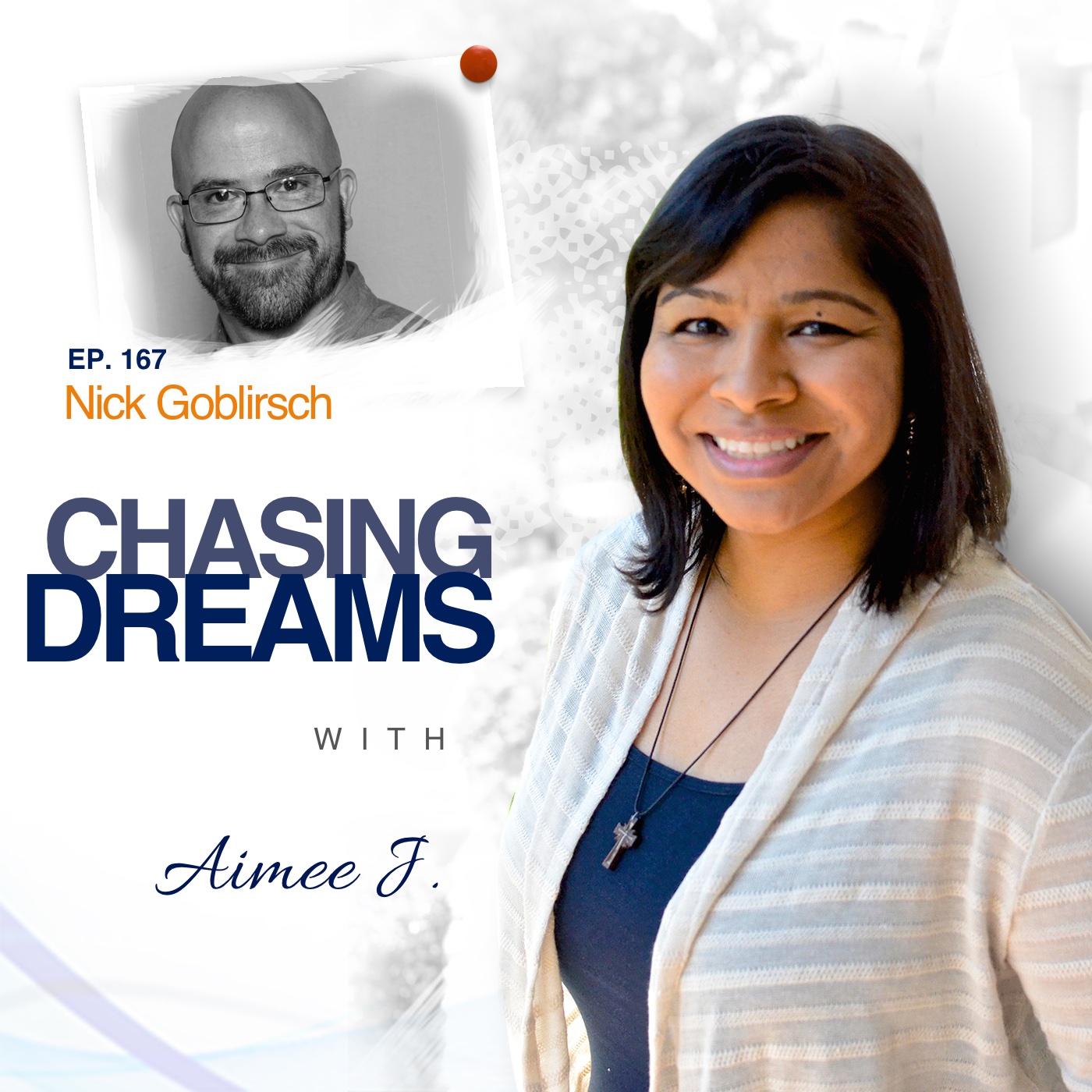