Ep. 137: Phillip Lanos ­- Realizing When You’re Talking Yourself Into a Dream

Phillip Lanos is a Los Angeles native. Hyperactive and often pensive, this actor, singer, songwriter, and podcast producer is best experienced in person. Due to his half-Mexican, half-French descent, he’s had opportunities to appear on international Latino TV channels like Telemundo for an American Idol spin-off show named “Yo Soy El Artista.” Phillip has also appeared on MTV’s “Copycat,” which was MTV’s attempt at singing competitions.

In the podcasting world, Phillip has worked on over 300 episodes with entrepreneurial clients and journalism greats like Cal Fussman and Martin Perlich, and YouTube influencers like Roger Burnley.

What would you give up to pursue your passion? Phillip has dreamed of an acting and

singing career, taken intentional steps and moved across the country to pursue those dreams. When he landed in NYC, he secured a great job with a well-known marketing agency, even though he felt terribly unqualified. He found a mentor, worked hard for success, and was soon offered a great position with a big salary. He turned it down. Why? He didn’t want to “settle” without at least trying something in which he could be his own boss. He walked away from those opportunities to truly pursue his passion.

Regrouping in a new direction

Have you ever had to start over, refocus, and redirect your efforts? Phillip knows what that’s all about. He moved in a new direction by leaving NYC and moving back to Los Angeles. He had to regroup in order to plan for his success. There were certain boxes he wanted to “check” in his life so each plan and strategy had to be tested and measured. He wasn’t looking for one-dimensional success. He has since realized that you can have failure AND success at the same time in different areas of your life. It all comes down to what you’re willing to sacrifice for your dreams.

TWEET: [spp-tweet tweet=”#Life won’t let me #fail as long as I put in the #work. @philliplanos”]

What is your deepest insecurity? For Phillip, it’s the “I’m not good enough” voice. You may think that’s unusual for an actor, but it’s really quite common. Phillip expresses this vulnerability in over-achieving or under-achieving, all in a quest to find balance. Phillip grew up as one of 18 siblings, with parents who weren’t a big part of his life. HIs father was diagnosed with ALS when Phillip was only 8, so he has few memories of good times with his father. Because of his family background, Phillip has keenly felt the need to make his life count. For this reason, he is very intentional about crafting his plan for success.

Guest Recommendation: ONE action for a dream chaser to take–”Do something real and get instant feedback. Take advantage of those lightning strikes that are full of positivity, faith, hope, and potential.”

TWEET: [spp-tweet tweet=”You’ve got to take a #loss sometimes to know what a #win looks like. @philliplanos”]

TWEET: [spp-tweet tweet=”Just because you thoroughly enjoy something doesn’t mean you’re passionate about it. @philliplanos”] 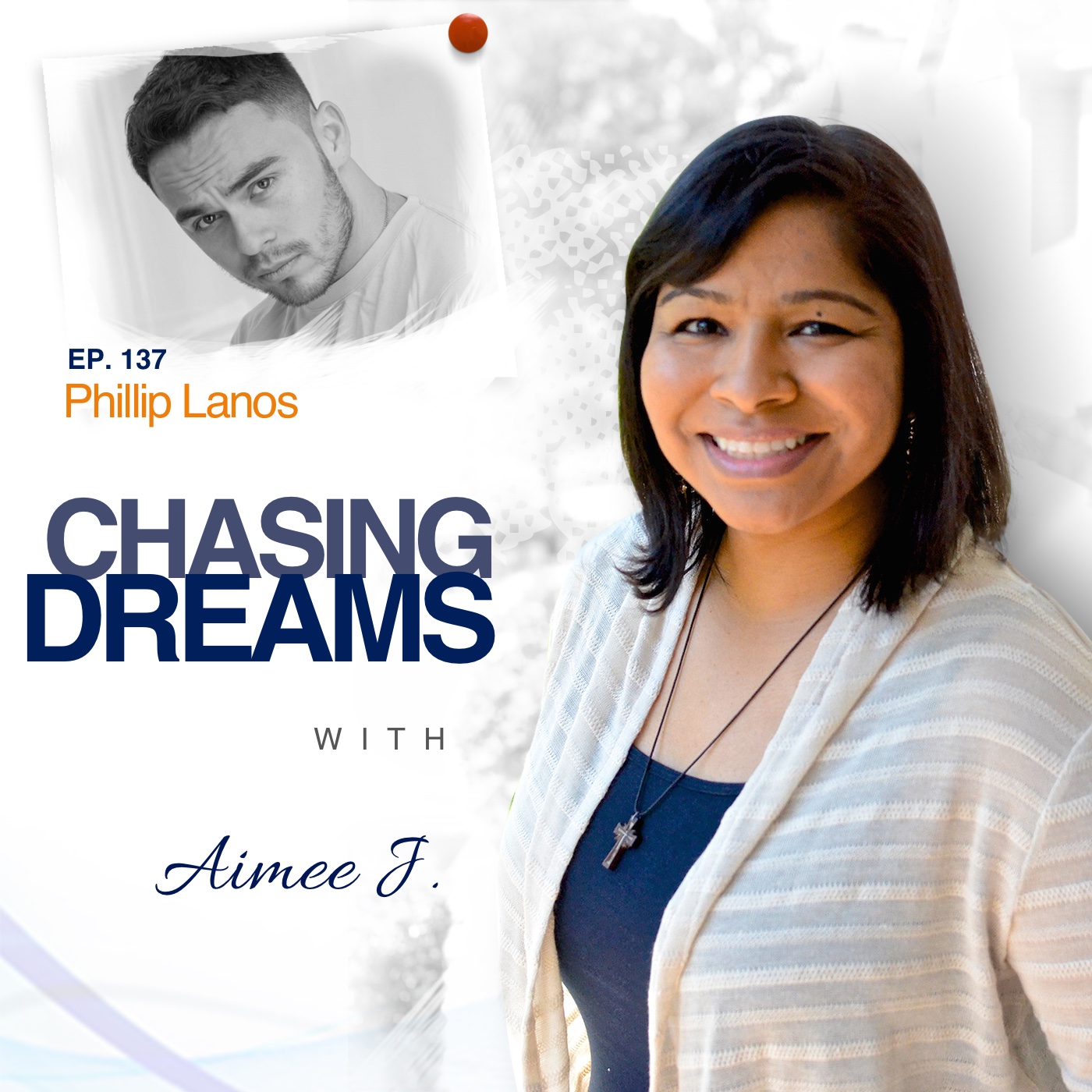