Interdisciplinary ecologist Jame McCray explores the intersections between ecology, human behavior, and the performing arts. While working on her Ph.D. in ecology and conservation, she saw the need for interdisciplinary approaches when creating and implementing environmental policies. A dancer and choreographer as well, she realized the performing arts could bridge the gap between scientific facts and public consciousness. Jame is part of the interdisciplinary team assembled by Dance Exchange as part of the 2017-2018 LandLab residency at the Schuykill Center. She is also an environmental social scientist for Delaware Sea Grant.

How old were you when you clearly defined your dreams for your life? For Jame, that moment came back in 6th grade, when she wanted to be a marine biologist AND acquire her Ph.D. She was allergic to many things in everyday life but discovered that her allergies didn’t apply to sea life! Her degree allows her to ask the questions she wants about environmental topics. She loves studying nature and the linkages between the elements. Jame admits that her inherent stubbornness (aka “perseverance”) is what kept her going to achieve her dreams. Did she have a plan B to fall back on? You bet! Dancing! She has even found a way to combine her two loves!

TWEET: [spp-tweet tweet=”You have to get out of your own way in order to achieve your #dreams! #dreamchaser”]

Getting through the tough days

Do you have what it takes to make it through the hard times on the way to YOUR dreams? Jame had a lot of support from friends and family and invoked some spiritual help through lots of prayer. That support combined to keep her going during the ebbs and flows of her journey. Through it all, she was able to find work that satisfies her soul and allows her to do both the things she loves. She accesses creativity to figure out solutions to environmental problems. Her latest project involves vernal pools!

TWEET: [spp-tweet tweet=”Combining the 2 greatest passions in my life and making that my work is satisfying for my soul. #dreamchaser”]

How do you make decisions? Does logic or emotion have the greater pull? Jame is learning how performing arts can tap into the emotional part of decision-making. About half of our decisions are based on logic and planned behavior, but what about the rest? Jame says that sustainable decisions CAN be influenced by performing arts. With this philosophy, Jame is close to achieving her 6th grade dreams. Ultimately, she wants to create an institute that brings together scientists and artists in collaboration to produce transdisciplinary works.

Guest Recommendation: ONE action for a dream chaser to take—“Work. Try to find clarity in what you want to do, and then put it out there in the universe.”

TWEET: [spp-tweet tweet=”Where I am now is not quite my ultimate dream. #dreamchasers”]

TWEET: [spp-tweet tweet=”Dance brings a different way to communicate to the sciences. #dreamchasers”]

TWEET: [spp-tweet tweet=”If I couldn’t have combined my interests, I would have been stubborn enough to find a way. #dreamchasers”]

TWEET: [spp-tweet tweet=”“You can’t serve two masters.” That’s what if feels like to try to hone your craft. #dreamchasers”] 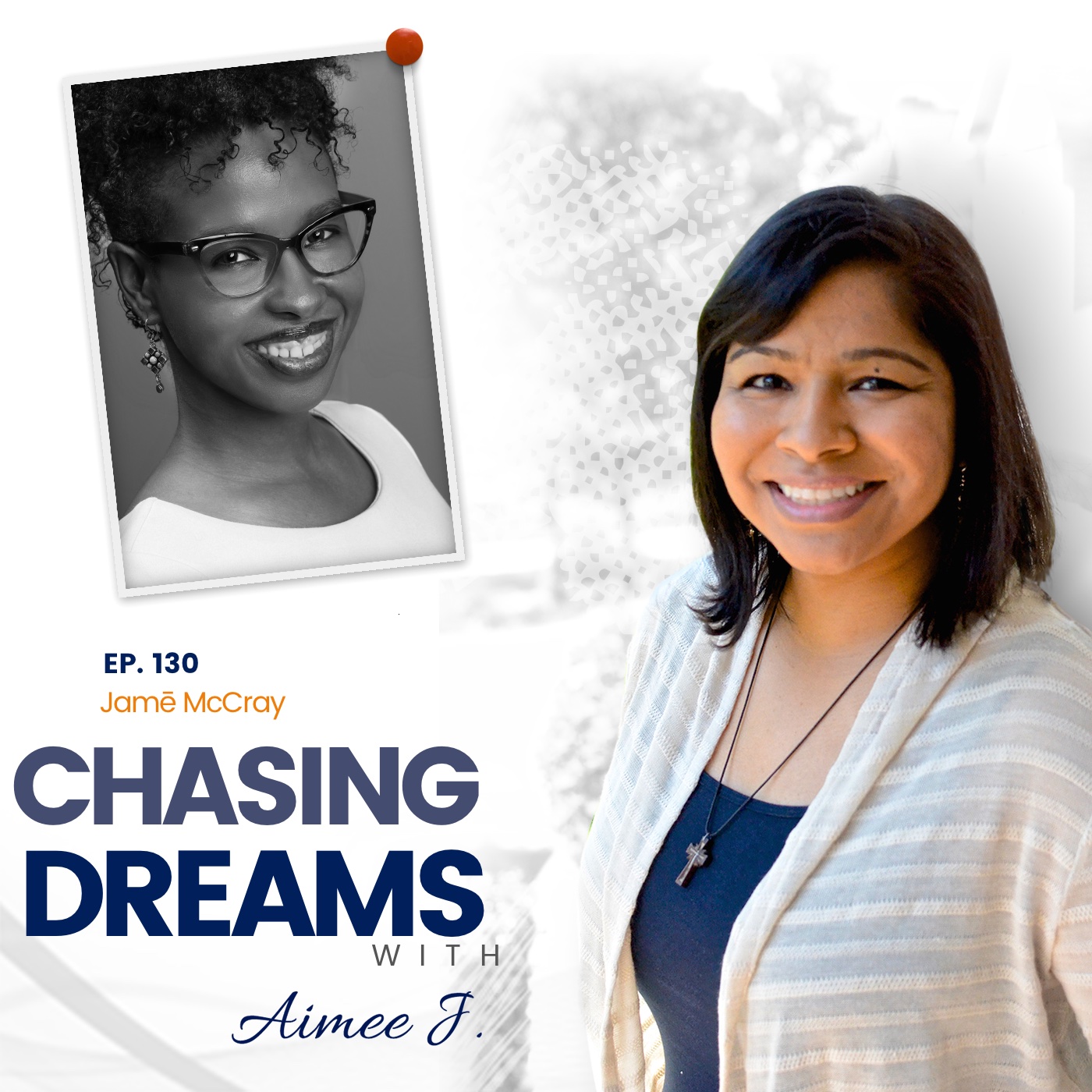