Ep. 110: Dan Moyle – Chasing His Dreams by Helping Others

Dan Moyle promotes helpful, engaging marketing over interruptive advertising. Coming to marketing from the TV news business, Dan brings a wealth of knowledge from writing to video production to multimedia content creation. He says, “I’d rather help someone reach 50 ideal customers than 5,000 passive viewers.” A believer in servant leadership, Dan can be found behind the scenes at work with organizations like Talons Out Honor Flight and Interview Valet, lifting others up with service and a strong work ethic.

When you face the brick wall:

What do you do when the job you want doesn’t want you? Dan experienced this when he longed to work for Kellogg’s but didn’t have the required master’s degree. It was an ego check to realize that “none of these companies want me,” but he stayed at his current job and honed his social media skills. While doing other small projects along the way, he kept trying to find the PR/marketing job he desired. Through connecting with someone he knew previously, he secured a writing position involving mortgages and marketing. He was still chasing his dreams even though they led down an unfamiliar path.

TWEET: [spp-tweet tweet=”I hear that small voice of #doubt but I like to punch it in the face. @danmoyle”]

Are you really good enough? Dan had to ask himself this question time and time again, even though he knew he was good at what he did. There are many ways in which your work can be validated, but you must remain confident in chasing your dream. Call it “self-belief” or “taking the chance,” but never mistake confidence for cockiness.

TWEET: [spp-tweet tweet=”If you can’t be #confident in chasing your dreams, then where can you be confident? @danmoyle”]

Reaching back and helping others:

When you’ve achieved success, do you remember to reach back and help others? Dan says that mentoring is HUGE. Mentoring, networking, and helping others are ways he likes to give back now that he’s “the expert.” He shares how he has been “thrilled, humbled, and over the moon” when others have recognized his work and its value. Part of the responsibility of success is to give back to those coming behind you, and Dan believes in living this out in his life.

Guest Recommendation: ONE action for a dream chaser to take—“Be a part of mentoring. Give back to those behind you. It opens new doors and gives you new ways to network. It’s a circular thing.”

TWEET: [spp-tweet tweet=”#Marketing is having the right conversation with your ideal person at the right time. @danmoyle”]

TWEET: [spp-tweet tweet=”Living out #servant #leadership means serving others to help them be #successful. @danmoyle”] 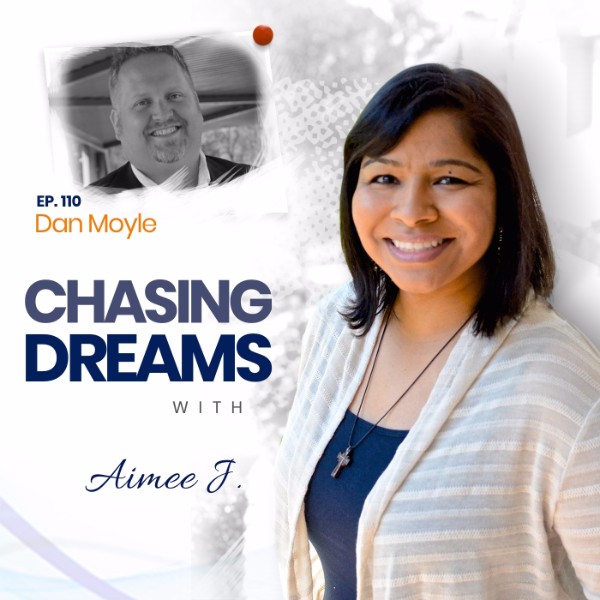