Lucinda Cross is a best-selling author, internationally-renowned speaker, master coach, platform strategist, TEDx speaker, and founder of the Activate Movement. She’s been featured on the Today Show, in the NY Times, Essence magazine, and many more media outlets. I heard about Lucinda when she was a guest on Episode 47 of the Trailblazers podcast with my friend Stephen Hart. I wanted her on the show after that episode, but when I looked her up and learned her story, I KNEW I had to do anything and everything to make it happen Thankfully, Lucinda said yes after my first ask and she’s here today!

TWEET: [spp-tweet tweet=”“I had to go even harder after my #dreams because society had already cancelled me out.” #LucindaCross”]

What do you do when circumstances DON’T go your way? Are you tempted to give up and quit? Lucinda shares how a bad choice in college led to her incarceration and how she had to serve her time—for almost five years! Even though prison took a chunk of her journey, she didn’t let it stop her. She came back stronger than ever and more determined than ever to go even harder after her dreams.

TWEET: [spp-tweet tweet=”“I tried to speed up success and it didn’t go my way.” #LucindaCross”]

Do you enjoy the journey in chasing YOUR dreams? Lucinda learned from her mom the value of a vision board, and it’s a technique she still uses today. Her “fab five + 1” are faith, family, friends, finances, fitness, and fun—these are represented on her vision board at all times. Her motto is “No one will outwork me on my own dream!”

Do you look to lift others up and give support when they need it? This attitude is a big part of Lucinda’s message. She calls it “promoting a WE nation in a ME world.” There is power when we support each other and build a team. People are drawn to the bigger vision. You are never attractive when you are out for yourself!

Guest Recommendation: ONE action for a dream chaser to take—“Create a vision board. It will have your dreams chasing you!”

TWEET: [spp-tweet tweet=”“I was tired of being the best-kept secret. I needed my own #platform.” #LucindaCross”]

TWEET:[spp-tweet tweet=” “You can fall down, but you can get right back up and be your best self.” #LucindaCross”]

TWEET:[spp-tweet tweet=” “We don’t choose our #dreams; our dreams choose us.” #LucindaCross”] 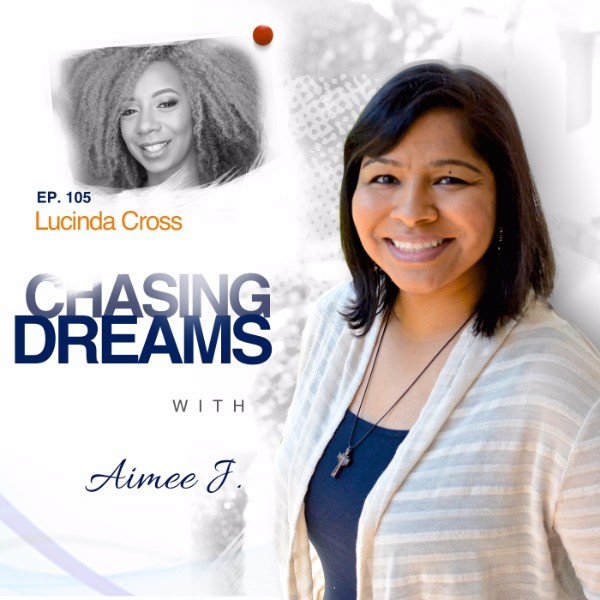