Ep. 98: Tavon Mason – Life Before, During, and After His Football Dreams

Tavon Mason is a former NFL wide receiver for the NY Jets. A graduate from Woodlawn High School in 1998 with Aimee J., he accepted a full athletic scholarship to attend The University of Virginia. In 2011, after retiring from two seasons in the NFL and one season with the Baltimore Mariners in the indoor football league, Tavon started coaching high school football at Woodlawn and started his Tavon Mason Loves the Kids Foundation.

Today he is a defensive backs coach at Stevenson University, works for Baltimore County Public School System, is the VP of the NFLPA Baltimore Chapter, and is a published children’s book author, with his debut book, Tavon Does It All, which released in 2015.

TWEET: “One thing that helped me was to just go and play the game I love.” @TMLTKF

When you have doubts about your journey:

Have your dreams changed along the way? Tavon explains how things changed for him from high school to college, when football became a business. Sometimes, your long-term dreams have to adjust, and most people don’t see the behind-the-scenes work that helps you go from one level to the next. Tavon shares how he prepared himself and did whatever it took.

TWEET: “Keep punching and pushing—eventually that wall will fall down.” @TMLTKF

When you have to go to Plan B:

Despite your best efforts, things don’t always work out like you want them to. Tavon explains how to know when it’s time to move to something else. And remember, moving to something else is NOT the same as quitting. You can honor your dream by chasing it your own way.

TWEET: “Moving on to something else isn’t the same as #quitting.” @TMLTKF

Have you been in a position to touch the lives of others? Tavon explains his personal experience with kids looking up to him and wanting to live through him. Tavon had a vision to give back, even though it took a while for him to realize his dream. He started his foundation in 2011 and was not afraid to “pound the pavement” to get others to join his vision.

TWEET: “Something will always happen to tell you to sit your butt down.” @TMLTKF

Guest Recommendation: ONE action for a dream chaser to take—“Sit down and write out your goals. Work on them one goal at a time. Go 100% at it.”

Tavon Does It All by Tavon Mason

TWEET: “Be yourself and continue to push and great things will come.” @TMLTKF

TWEET: “Increase the love and decrease the hate.” @TMLTKF 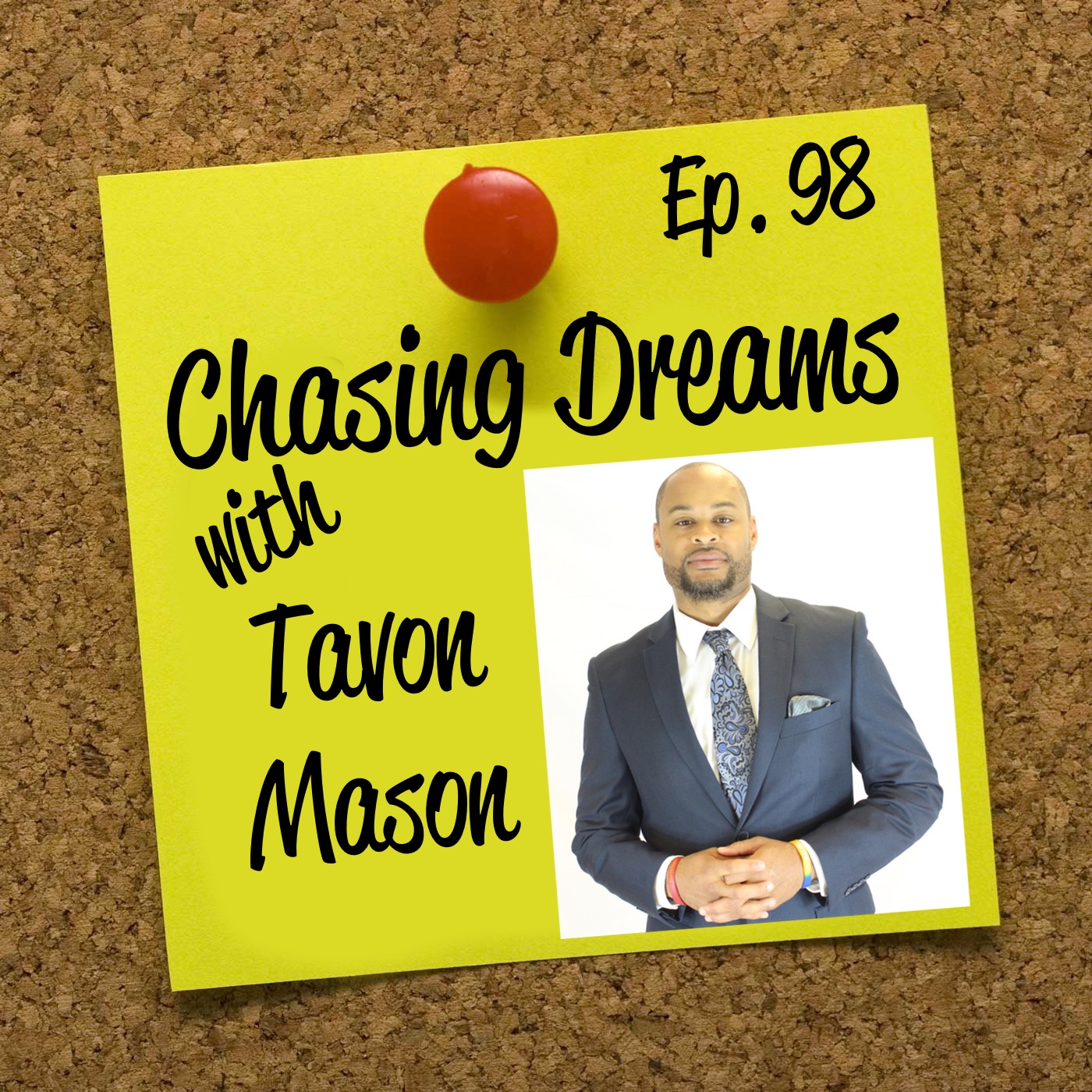