Ep. 93: Gina Mathew – Sometimes You Need a Break from Your Dreams to Regroup

My guest today is Gina Mathew, a Baltimore-based writer, producer, and the founder of Couture Rani, a digital magazine that covers fashion, style, beauty, and entertainment for the global South Asian diaspora. Although she has spent most of her career in television production, her passion is launching and developing new ventures and digital media platforms, specifically in media, fashion, and lifestyle spaces. Gina has her Bachelor’s degree in Political Science and Journalism from the University of Maryland, Baltimore County, and holds a Master’s degree in Publications Design, an integrated graphic design and writing program from the University of Baltimore. Let’s hear more of Gina’s story!

TWEET: “Find out how to turn your #passion into your #paycheck with #CoutureRani.”

Have you always been clear about your path and your passion? For some people, it takes years to get to that place, and most college students don’t have it all figured out. Gina explains why internships and experience matter more than your college degree. She advises you to pick a major you love, but not be in a hurry to “figure it out.” Because of Gina’s varied interests, she didn’t really know what to pursue upon graduation from college. She ended up working for a PR firm, but really wanted to be in TV news.

TWEET: “There’s a different #energy when you’re doing something you #love and can make it your #career.” #CoutureRani

Sometimes the best ideas are the ones that sound unbelievable at first. Gina decided to use her experience to connect global consumers with artists and designers in India—this was her first business idea, and the one that led to the launch of her e-commerce site. Her dream of Couture Rani resonated far beyond what she imagined. With this “crazy” new idea, she helped change American ideas about Indian fashion.

TWEET: “To most people, #Indian fashion was just about wedding clothes.” #CoutureRani

When you just have to walk away

Have you felt burned out and frustrated with a new venture? Gina went through these difficulties and admits that she “just had to walk away for a while.” She knew she needed a real job and stability, which sometimes happens when you chase your dreams. It’s the chance to recalibrate, figure things out, and make a fresh new start. Gina had to ask herself, “Do I have the energy and commitment for another start up?”

Gina’s ONE action item for dream chasers: “If you have something you want to do, absolutely pursue it. Don’t let anything hold you back.”

TWEET: “I didn’t know if I had it in me to #launch something new again.” #CoutureRani

TWEET: “Be wise enough not to repeat the same #mistakes.” #CoutureRani

TWEET: “That next thing you do could be what ends up being your life path.” #CoutureRani 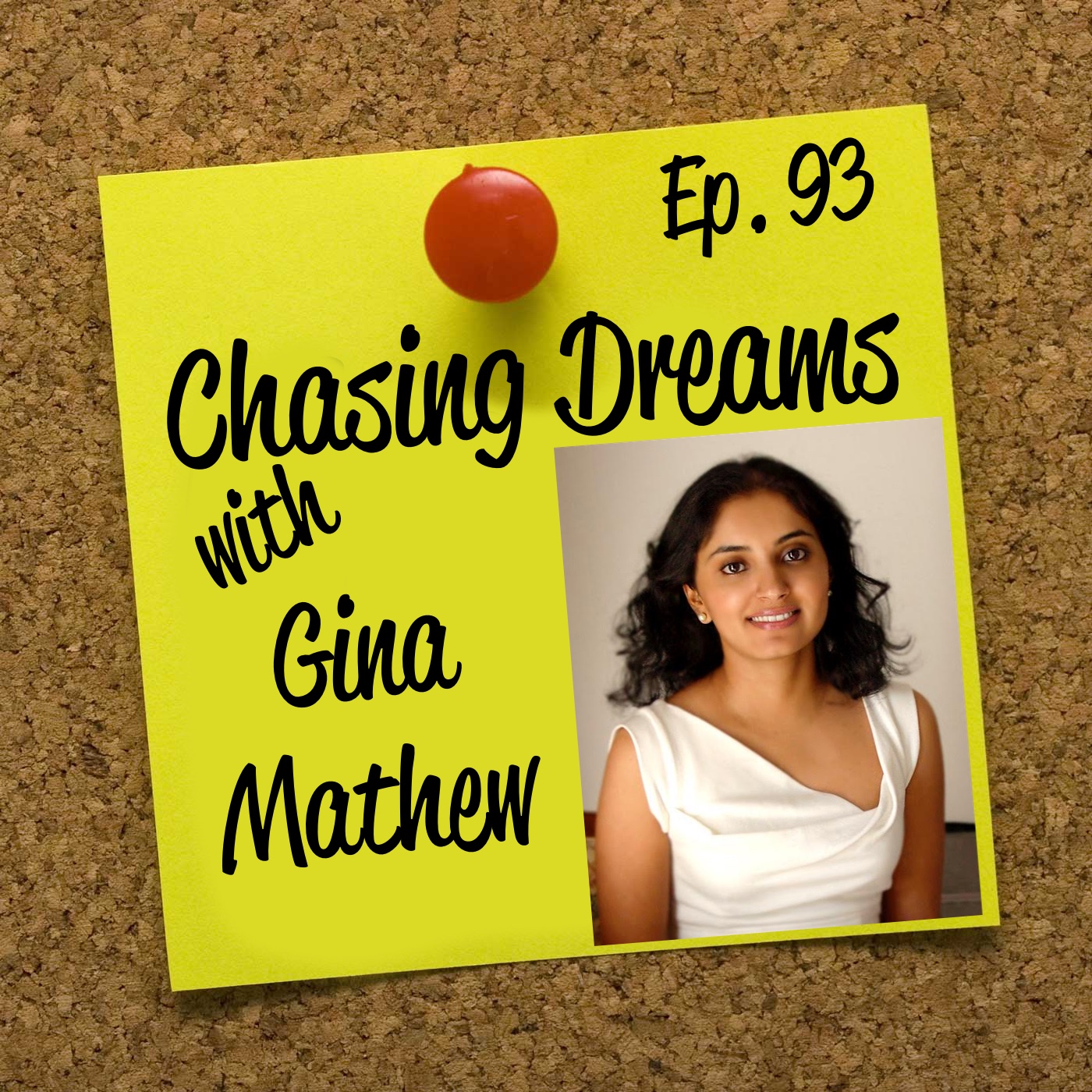