Ep. 76: Cornell Thomas – Looking Back on a Delayed Dream

Cornell Thomas is a speaker, author, and founder of the Positivity Summit movement. He is also the first repeat guest on the show! He was featured in Episode 59 to talk about the Positivity Summit, which was scheduled for last September. Things changed though, and Cornell had to make a pivot move, refocus, and forge ahead. Sometimes that’s exactly what dream-chasers must do. When we change direction, we don’t always take the time to evaluate and reflect, but that is what we are doing today.

TWEET: Ep. 76: “Sometimes that #BAD thing can be the #BEST thing”. @CornellThomas

Moving forward with peace of mind

We’ve all experienced a time when the best-laid plans just don’t work out. Sometimes there are factors beyond our control. The question is: How do you respond? Do you crumble and cry or do you move with the flow, make the needed adjustments, and move forward? Cornell tells us why the September dates for the Positivity Summit just would not work. Everything happens for a reason, and the resulting newly-designed Summit is going to be better than ever! The Positivity Summit is March 10-11, in Allamuchy, NJ.

Are you “ALL IN” when it comes to your dreams? That often means laying it all on the line, but that’s what dream chasers do. Cornell explains how he determined to make the Positivity Summit in March happen in a bigger, better way—even to the point of incurring the out-of-pocket expenses that were required. He gives a glimpse into the panel of the Summit’s amazing speakers, teachers, authors, entrepreneurs, coaches, and PR/branding experts. Hear the story of how Cornell’s perseverance led to an Olympic athlete being secured as a speaker. These world-changing business and success coaches will lead in presentations, workshops, breakout sessions, and networking opportunities.

TWEET: “Make the #shift, change course, and make it the #BEST one.” @CornellThomas

Being battle-tested through adversity

Have you had to be relentless in chasing your dreams? Cornell can certainly tell us a thing or two about that! He tells the inspiring story of his connection to Tony Robbins, and how Tony came to write an endorsement for one of his books. It didn’t happen by chance, but by the strength and determination that comes from never giving up on your dreams. Cornell tells us the lesson he’s learned about the immense kindness from a small act, and the impact that comes from pouring into people. The battle scars that come from the struggle to be relentless will only make you stronger and ready to fight for MORE!

TWEET: “Never be too big to #help someone you don’t know.” @CornellThomas

Write down three things that are frightening to you in terms of chasing dreams. Then write down how you can overcome each fear and what amazing things that can happen. Ask yourself, “What am I waiting for?”

Podcast: How I Built This

TWEET: When you’re #ready, GO FOR IT. @CornellThomas #Positivity

TWEET: Pour into #people who pour into people. @CornellThomas #Positivity 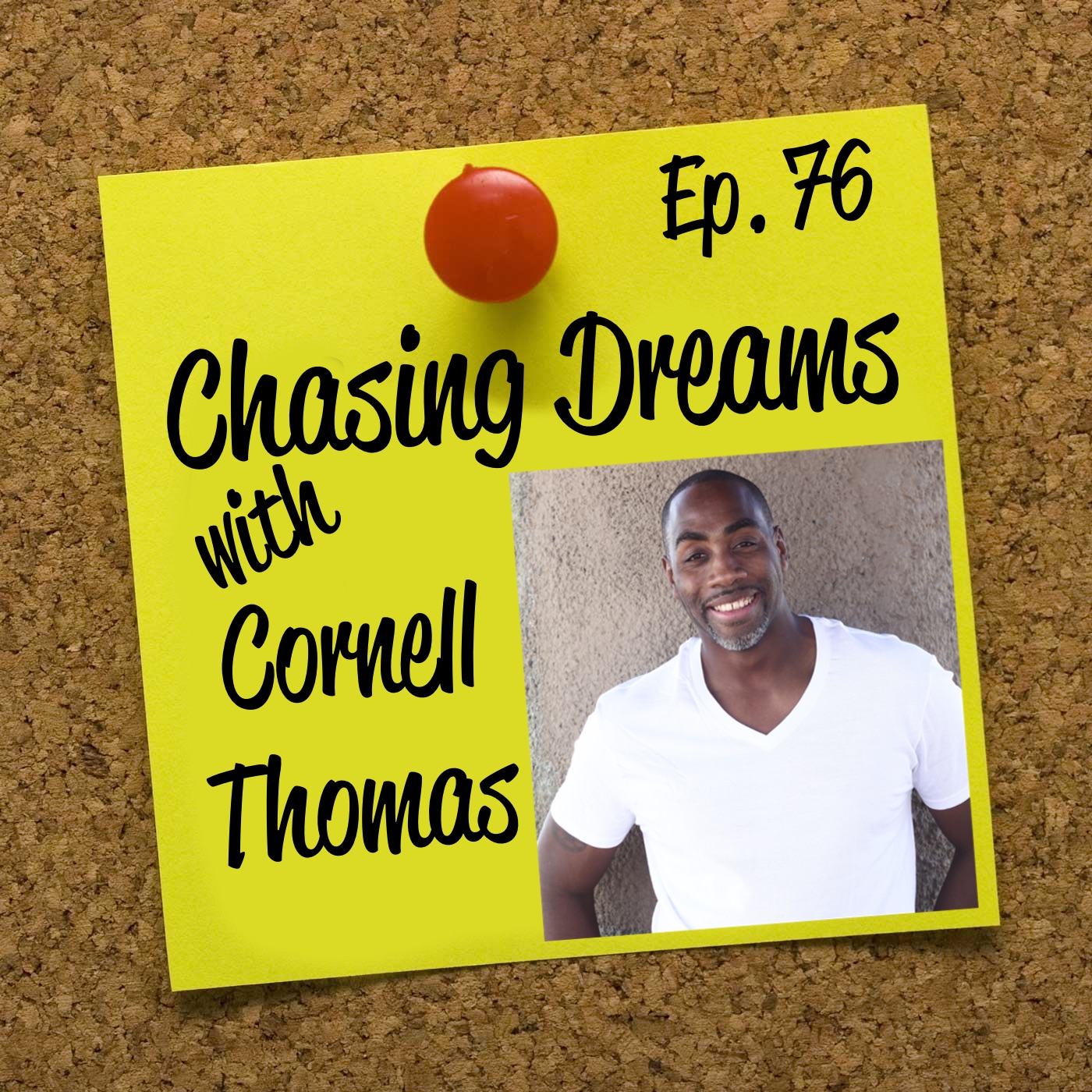