Ep. 65: Jaime Jay – Don’t Let Others Fence in Your Dreams

Jaime is an avid hockey fan. He loves the competitive spirit and the team aspect of the game. He enjoys the sport so much that he decided to integrate his passion for the sport into his passion for marketing. Jaime has been working in the sales and marketing arena since he left the US Army as a paratrooper for the 82nd Airborne Division in 1994. Working for three different fortune 100 companies, Jaime learned quickly how to build relationships. The challenging aspect of working for a large company was having the ability to be creative. This is the main reason he went out on his own and started his own business. As time progressed, Jaime found that he really enjoyed making websites for people and so he started Slapshot Studio in 2013 and never looked back. Jaime enjoys traveling, boating, playing guitar, hanging out with family, and playing hockey.

How one guy successfully dealt with the fear of starting his own business.

When Jaime Jay left his service in the 82nd Airborne division of the U.S. Army he wasn’t sure what he was going to do. He waited tables for a while then got into some corporate jobs where he learned a ton of things. One of those things was that he had enough ambition and dreams of his own that he really needed to start his own business. But it was scary. All of the uncertainties that come from not having a consistent paycheck and all of the responsibilities being on your shoulders were very present and very real for him. How do you deal with that kind of pressure successfully so you can move on and make your business a success? Jaime Jay shares his story on this episode of Chasing Dreams.

He discovered that being stubborn and selfish are great things.

Two things that Jaime Jay says were instrumental in his success are that he was stubborn and that he was selfish. What he means is this: You can’t stick with it during the hard times to overcome obstacles and achieve your goals if you aren’t stubborn. And you can’t expect to be a blessing or benefit to anyone else if you can’t first provide for yourself, so you’ve got to be determined (stubborn) and you’ve got to be clear on accomplishing what you want and need to accomplish (selfish). If you’ll take the time to hear how Jaime describes his perspective on those two things it will make a lot more sense to you and hopefully inspire you to put those two things to work for yourself.

TWEET: #Leaders are always asked the #questions. When do they get to #ask their own?

Leaders are always asked the questions. When do they get to ask their own?

When Jaime Jay’s business team started to grow he discovered within a short amount of time that as the leader of the company, everybody came to him for answers. That was OK, he didn’t resent it or feel overwhelmed. But what he realized was that he didn’t have anyone that he could ask the questions he had. That’s when he first took the steps to get involved in a Mastermind group so that he could get help, insight, and benefit from the experiences of other leaders who were on the same business path that he was. Jaime has a lot of great things to say about masterminds and wants to encourage you to get into one as soon as you can. You can hear his challenge on this episode.

Success is not in what you achieve, it’s in the goals you set.

When it comes to business success most people measure it in terms of dollar signs. That’s a worthy aspiration and one that has to be in place in order to truly be profitable. But Jaime Jay says that he’s learned that viewing that long term goal as the measure of success is a sure way to become discouraged and impatient. Instead, he measures success by setting goals for each day and the accomplishment of those goals. That way he’s able to have victories every day, build momentum, and stay optimistic about the path he’s on and the ultimate results that will come from the little, daily victories. It’s a refreshing perspective that you can take away from this episode so be sure you listen to find out how Jaime implements it.

TWEET:#Success is not in what you #achieve, it’s in the #goals you set

Write out your vision using – who, what, where, when, why. If you can put those 5 questions together you can pretty much put together a vision of who you are and who you want to be.

TWEET: How one guy #successfully dealt with the #fear of starting his own #business

TWEET: He discovered that being #stubborn and #selfish are great things 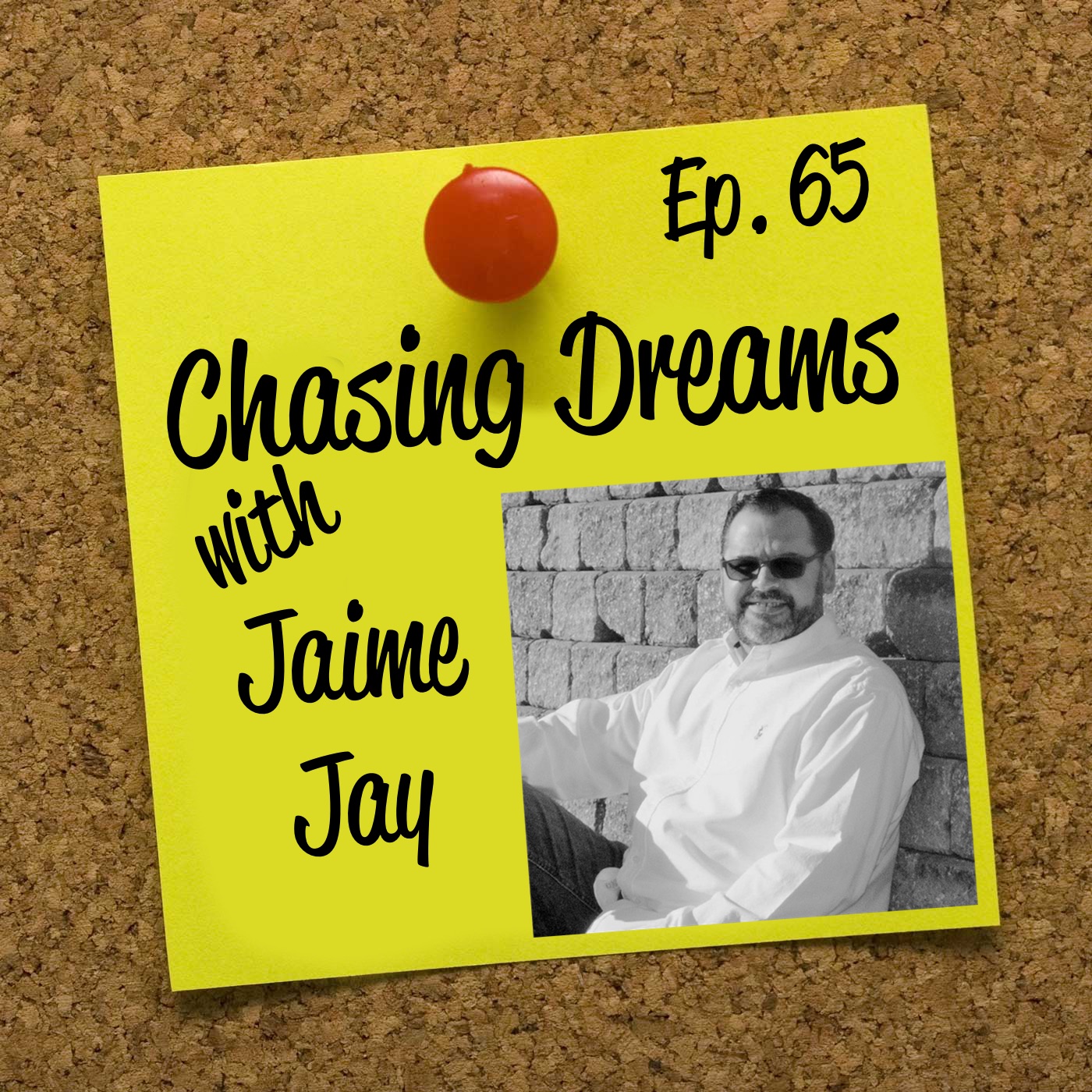