Dr. Kyla McMullen earned her Bachelor of Science in Computer Science from the University of Maryland, Baltimore County (UMBC), where she was also a Meyerhoff Scholar. She earned her Master’s and Ph.D. degrees in Computer Science and Engineering from the University of Michigan (2007-2012). While earning her Ph.D. she was also a faculty member at Wayne State University in Detroit, Michigan. At Wayne State University she taught computer literacy courses to over 2,000 students. Professor McMullen is the first underrepresented woman to earn a Ph.D. in Computer Science and Engineering from the University of Michigan. She is currently a tenure-track faculty member at the University of Florida’s Computer & Information Sciences & Engineering Department. Dr. McMullen has a personal commitment to encouraging women and minorities to pursue careers in computing and other STEM fields. She is the author of “Beautiful, Black, and Brainy” and “Brilliant is the New Black” which showcase hundreds of exceptional young African Americans who excel in STEM fields and don't fit the typical “scientist” stereotype.

When they said, “IF I graduate” that just made me work harder.

When Kyla McMullen began her graduate school work in Michigan she was told by an advisor that the workload would be extremely demanding. And there was one other thing. She would be the first African-American woman to graduate with a Ph.D. So when her advisor said, “If you graduate, you’ll be the first,” she took it as a personal challenge. The “IF” nature of the statement made it sound like there was a question as to whether she could do it – and that’s the moment she determined that she would. If you take the time to listen to this episode you’ll get a taste of Kayla’s optimistic and can-do attitude that has propelled her to achieve her Ph.D. and even go beyond.

A crazy couple of blog articles that got Kyla lots of attention.

As Kyla McMullen has been working hard to build her career she’s spent a good deal of energy toward the promotion of African-American people in the sciences. Her desire is to see more and more people of color both discover and utilize their brilliance by becoming scientists. Two articles she wrote in her efforts to draw attention to the work done by black scientists blew up the internet with thousands of shares. They are “Beautiful, Black, and Brainy” an article that highlights black women in science and “Brilliant Is The New Black,” which highlights black men in the scientific community. You can hear why Kyla decided to write those articles as well as learn about the incredible impact they have had, on this episode of Chasing Dreams.

TWEET: A #crazy couple of #blog articles that got Kyla lots of #attention

Why perseverance beats smarts every time.

You don’t have to be the most intelligent person in the room to have the highest levels of success. You just have to know how to work harder than anybody else. That’s what Kayla McMullen believes and what she’s proven with her success in the computer science field. She believes that anyone can accomplish anything if they are willing to work at it. On this episode of Chasing Dreams, you’ll hear Kyla’s story and get to hear her explain why she doesn’t think it’s her smarts that got her by, but rather her work ethic.

Never measure your own success based on someone else’s success.

When Aimee asked Kyla McMullen for one recommendation or piece of advice for all those people who are chasing their own dreams, Kyla said that every person needs to be careful that they don’t measure their success by somebody else’s. In other words, you are unique, so don’t compare yourself in ways that make you feel that you’re failing. Your level of expertise or accomplishment will probably look very different than the people who have gone before you so don’t be afraid to try new things on the road to success. Only you can be you, so go be the gift to the world that you are.

TWEET: Never measure your own #success based on someone else’s success

You should never base your own success on someone else’s.

TWEET: When they said, “IF I #graduate” that just made me #WorkHarder 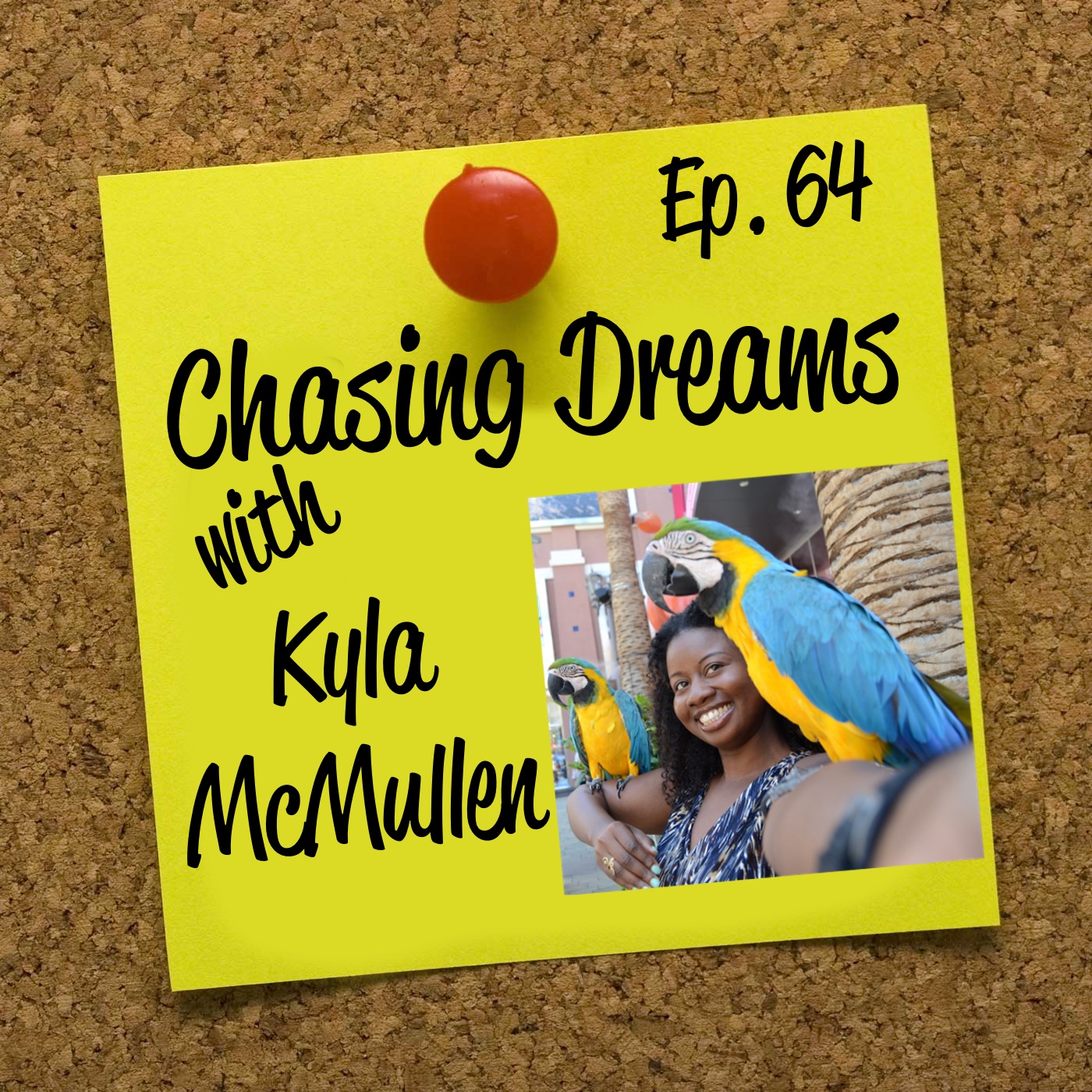