Ep. 63: Jake Heilbrunn – Leaving Behind What’s Familiar and Venturing Off the Beaten Trail

Jake Heilbrunn is a passionate speaker, lifestyle blogger and the author of “Off the Beaten Trail”, an inspiring memoir about his journey leaving college and solo backpacking through Central America at 18. He is dedicated to empowering people to live a life of purpose and fulfillment. Jake has been featured in multiple large publications including Psychology Today, Thought Catalog, and The San Diego Union-Tribune. Jake’s a great guy who’s only 19 years old at the time of this conversation and Aimee is excited to see where Jake goes with such a good start. Be sure you listen to hear Jake’s inspiring story.

Stress & anxiety in college are almost an epidemic, & nobody talks about it.

The catalyst to leading Jake Heilbrunn to eventually spend his 19th year of life backpacking through Central America was when he was diagnosed with, what he was told, was a chronic skin condition. The doctors were baffled and Jake came to believe that the cause of the condition was the stress and anxiety of college life. He believed was trying to live up to so many expectations that were coming at him from the outside, his body simply couldn’t handle it. Jake believes that the same phenomenon is experienced by other college students all the time but nobody’s willing to talk about it. On this episode of Chasing Dreams, you can hear how and why Jake is starting to talk about it and what he’s doing to help high school students prepare for the stresses of college life.

I disconnected in order to connect.

That’s what Jake Heilbrunn said about one of the reasons for his backpacking trip through Central America. He knew that he needed to do something for himself, something that was in pursuit of his own dreams instead of what everyone expected of him. Part of that was disconnecting from technology for weeks at a time. Not only did he find himself not missing it, he also discovered that he didn’t really need it as much as he thought. He disconnected with technology to reconnect with himself. You can hear Jake’s encouraging story on this episode.

The potential we all have can’t be underestimated.

The lessons Jake Heilmann learned while backpacking through Central America are many, but one that has stuck with him powerfully and that he says to students that he speaks with at high schools around the country is that we all have incredible potential that is waiting to be accessed. Every human being has the power, the ability, the talent, the creativity to make something better, something greater of their lives. But it takes determination and courage to step out of what has become comfortably normal and take a risk for the sake of releasing that potential. Jake talks about what it’s like to experience that kind of fear and freedom, on this episode of Chasing Dreams.

How Jake made a pitch to Jack Canfield, Drew Brees, and Chris Guillebeau.

With the release of his new book, “Off The Beaten Trail,” Jake Heilbrunn is joining the ranks of many who have written and published a book. And as part of Jake’s efforts to promote and distribute the book Jake knew that an endorsement from a high profile personality would go a long way in providing the social proof he needed to make the book the success he wanted it to be. So what did he do? He started pitching people – like Jack Canfield and Drew Brees. Though neither of those ever responded, he didn’t give up until finally he got a very encouraging endorsement from Chris Guillebeau. It’s a testament to what can be done when you persist and refuse to allow discouragement to rule. Find out more about Jake’s journey from high school senior to self-published author, on this episode.

Have the courage to listen to yourself and take a leap to chase your dreams. Once you take the leap it’s not as scary as you think.

TWEET: #Stress & #anxiety in #college are almost an epidemic, & nobody talks about it @Jake_Heilbrunn

TWEET: The #potential we all have can’t be #underestimated @Jake_Heilbrunn 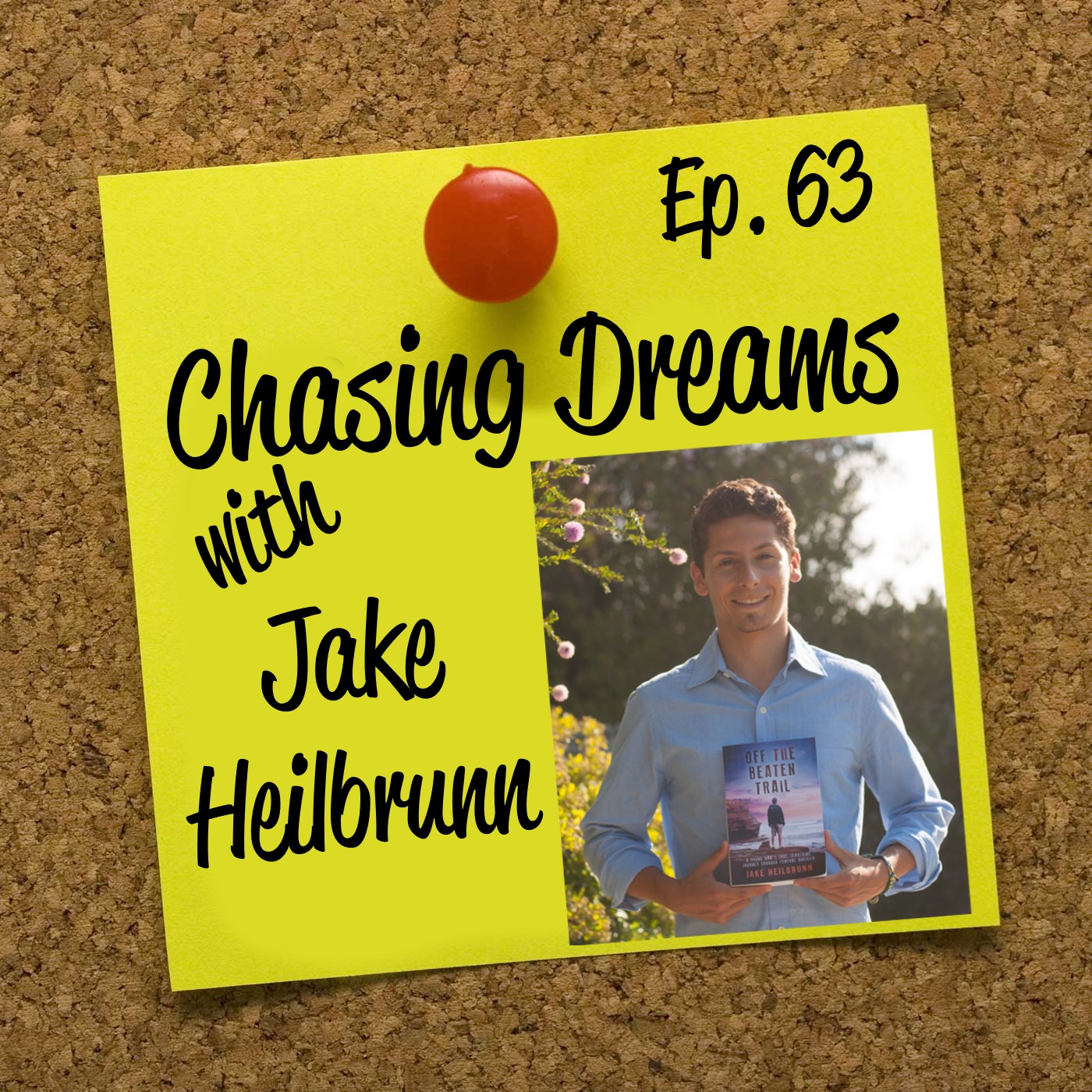