Joel Boggess is among those I credit for helping me to launch this podcast. He’s the guy people call when they’re feeling stuck, under-challenged or overwhelmed. Joel teaches people how to find productivity, meaning, and success. Originally from San Antonio, Texas, Joel earned his undergraduate degree at Texas Tech University, an MBA from Amberton University, and a Master’s in Counseling. His latest book, Finding your Voice, hit the #1 spot on Amazon for success, happiness, and in the self-esteem categories. His podcast, ReLaunch has passed the 1.5 million listen mark. Joel and his wife Pei live in the Dallas/Fort-Worth area, and have two dogs; a Golden Retriever retired therapy dog, Bubba, and a Golden rescue, Happy.

TWEET: Joel Boggess – Doing is the New #Planning, on this episode of #ChasingDreams

When you want to get started in a new endeavor, here’s what you should do.

When you’re chasing your dreams you will need help. Nobody can go it alone and nobody should go it alone. Today’s guest, Joel Boggess suggests that you look around in the network of people you already know to see if there is anyone successfully doing what you want to do. If so, reach out to them and ask them if you could get some advice on how they would get started if they were in your shoes. If you DON'T see anyone in your contacts who is successfully doing what you want to do, then you need to ask those you know if THEY know anyone who is doing what you want to do. You’ll be surprised at the number of introductions you could receive and the momentum you’ll gain from this simple approach. Find out more about how to get started chasing your dreams from Joel Boggess, on this episode of Chasing Dreams.

Be careful when you share your dreams with others – not everyone is trustworthy.

Everybody is excited about their dreams when they first come up with them – and the temptation is to go around telling everyone about the great things you’re going to do. But Joel Boggess says that you need to be careful about sharing your dreams indiscriminately. The reason is that not everyone is going to be as optimistic or excited about your dreams as you are. In fact, you will have some people – even those close to you – who are pessimistic and discouraging about your dreams. Be cautious. Don’t share your dreams with people who are going to drag you down. On this episode, Joel shares how he makes those judgments and when he does share his dreams with others, so be sure you listen.

When you launch anything of value it’s going to take significant work to get going.

When Joel Boggess decided to make the switch from radio to podcasting he produced 8 episodes that didn’t go anywhere. In order to make a success of the podcast, he had to change his mindset about what he was doing and take full responsibility for the success of the show. It wasn’t up to his listeners to share his episodes. It wasn’t up to his fans to help him get the show in front of others. It was HIS responsibility and nobody else’s. Once Joel made that mindset shift everything changed. What is YOUR dream that YOU have got to take responsibility for? What are the small but important changes you need to make in the way you get it moving in the right direction? Listen to this episode of Chasing Dreams. You’ll be inspired by the way Joel got his podcast going and will likely have some creative ideas of your own bubble to the surface as a result.

Doing is the new planning. Once you get this concept everything changes.

When Aimee asked Joel Boggess what one piece of advice he would give to people (like you) who are chasing their dreams, Joel unloaded a gold nugget. Here’s what he said: Doing is the new planning. As he went on to explain, it became clear that what he means is that with every step you take, you open the doors of opportunity that enable you to see what the NEXT step needs to be. Then you have the responsibility to move forward toward THAT new goal. But if you never take the first step, if you never DO anything with it, your options beyond that will be limited. You can find out how to apply this “doing is the new planning” concept to your dream chasing, on this episode of the podcast.

TWEET: #Doing is the new #planning. Once you get this concept everything changes

TWEET: When you want to get started in a new #dream, here’s what you should do

TWEET: When you launch anything of #value it’s going to take significant #work to get going 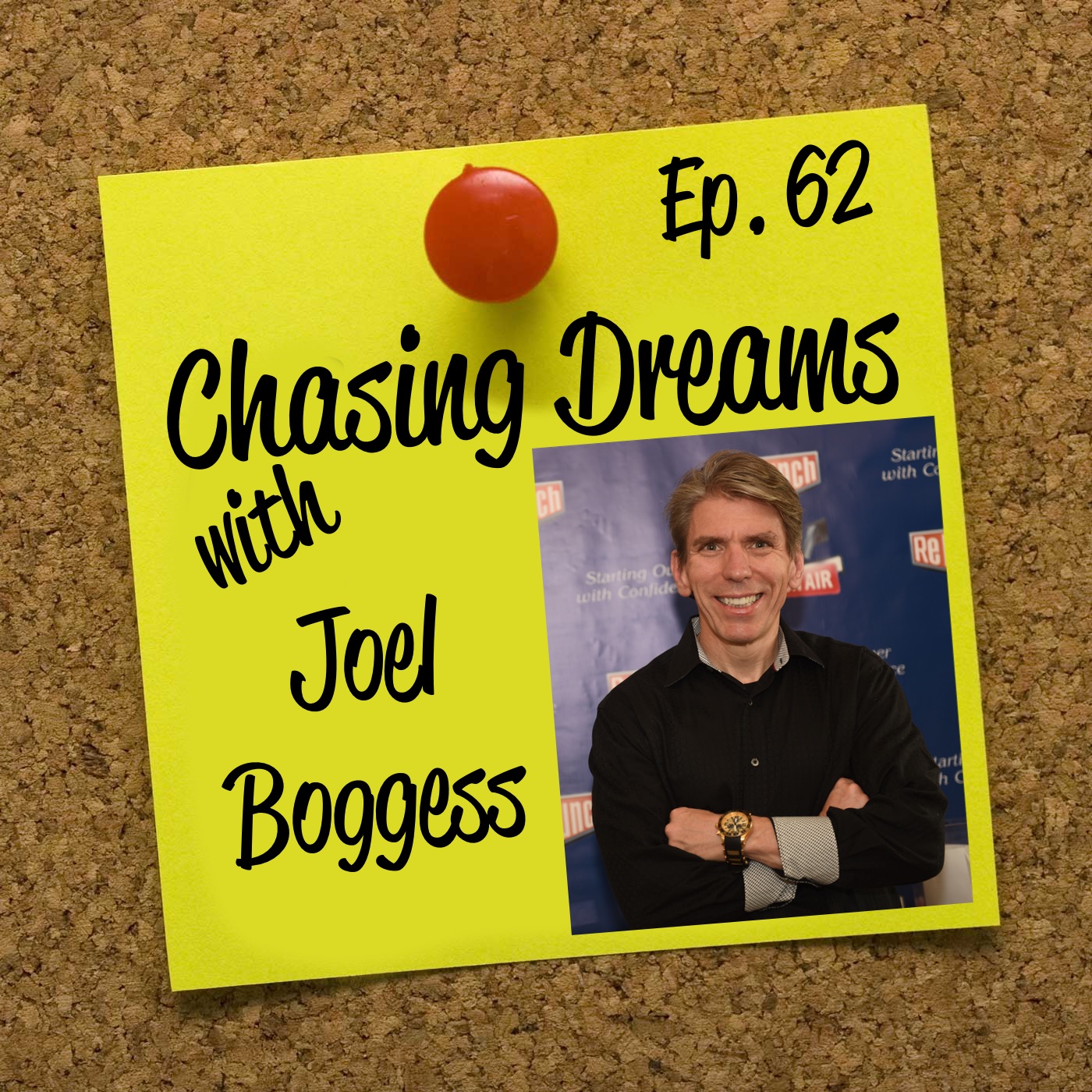