Ep. 60: Erik Newton – Being the Happiest You’ve Ever Been After Climbing Back from Rock Bottom Twice

As a former family law attorney, Erik describes himself as someone who’s “been through a thousand divorces and still believes in love.” Ushering couples through divorce wasn’t easy for Erik, a romantic from birth, but it turned out to be the ideal medium through which to understand the entire life cycle of a relationship. As a result, Erik has a unique, real-world comprehension of what makes one marriage thrive and another fall apart. Ultimately, his calling to help couples build healthy relationships superseded his legal career, and he decided to dedicate himself full-time to creating a place couples could go for information, inspiration, and a big dose of truth. That’s when Together was born.

TWEET: Erik Newton – Being the Happiest You’ve Ever Been After Climbing Back from Rock Bottom Twice

He didn’t want to be a lawyer even though he went to law school.

It’s interesting to hear how Erik Newton got started in law school. Honestly, it seemed like a cool thing to do, something prestigious that he thought would be fun. But it didn’t take long for him to discover that law was not what he wanted to do. But he went on with it anyway. It’s a strange part of the journey Erik has been on that has led him to the point he’s at today, recording the stories of couples who are happily together even though in his own past he was part of helping couple dissolve their relationships as a divorce attorney. You can hear Erik’s story on this episode.

His lowest point led him to start something new.

There came a point in Erik’s legal career as a family law attorney when things bottomed out. His practice failed. He lost his income, apartment, and other possessions. He moved back in with his mother. He spiraled into depression. It was at that lowest point in his life when he realized that he needed to come to grips with the pain and disappointment of the failure, to go as deeply into it as he could. When he came out of it one morning, everything was alright. That’s when he began moving toward his current work with the Together podcast and magazine. It’s hard to describe this time in his life clearly in a paragraph so be sure you listen to hear it from Erik’s own lips.

TWEET: His #LowestPoint led him to start something new. Find out how on this episode

Recording the pilot of a yet to be purchased radio show.

One of the fortuitous happenings in Erik Newton’s journey is that he approached a couple about being interviewed for his podcast and they refused. But the man was curious about what he was doing, listened to a couple of episodes, and loved what the show was about. He texted Erik and asked to go to coffee where he pitched the idea of a radio show he’d been wanting to produce for a long time (he was a radio producer). So now Erik is about to record the first episode of a new radio show that will be pitched to radio stations around the country. It’s a strange outcome of an up and down life and you can hear the entire story on this episode.

You are not really all that important.

When Aimee asked her guest today, Erik Newton, what advice he has for those who are chasing their dreams, he said something unexpected. “You are just not that important.” He says that when he finally came to grips with the fact that in the entire, big universe he’s just a speck, somehow the pressure to be and do so much with his life lessened and he was able to be at peace with what comes each day. That includes what he’s able to accomplish, no matter how much or little it may seem to him. You can hear how he came to this perspective on this episode.

TWEET: You are not really all that important. Strange advice for #DreamChasers, on this episode

TWEET: He didn’t want to be a #lawyer even though he went to law school.

TWEET: Recording the pilot of a yet to be purchased radio show. The whole story, on this episode 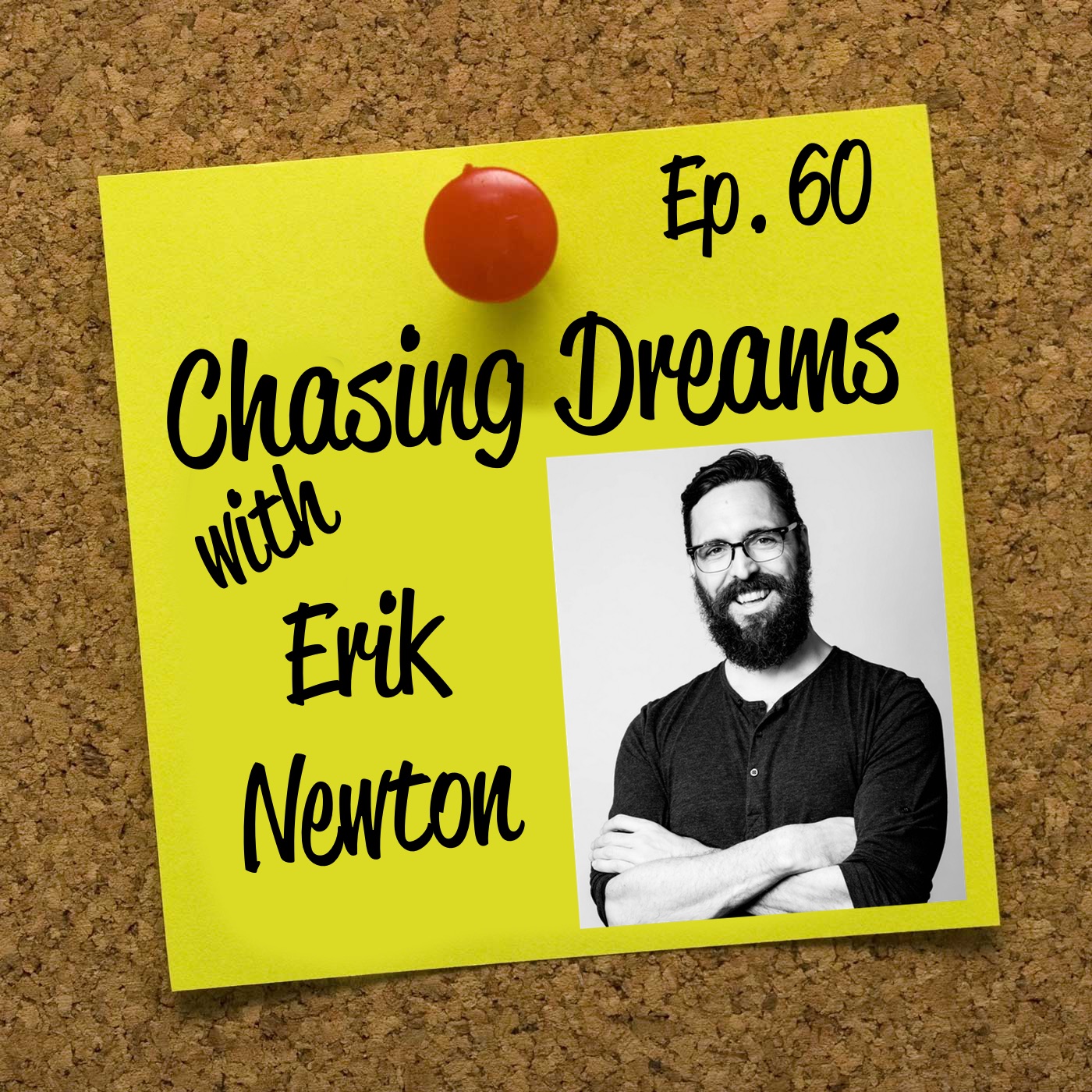