Ep. 58: Luvvie Ajayi – Putting in the Work Leads to Living Her Dreams

Luvvie Ajayi is an award-winning writer, digital strategist and speaker who thrives at the intersection of comedy, technology and activism. A 13-year blogging veteran, she covers all things pop culture on her blog AwesomelyLuvvie.com. Her first book I’M JUDGING YOU: The Do Better Manual will be released in September 2016, and is now available for pre-order. Luvvie is also the Executive Director of The Red Pump Project, a national nonprofit that raises awareness about the impact of HIV/AIDS on women and girls, using red shoes as a symbol of empowerment. She’s also an avid traveler and her love language is shoes.

TWEET: Ep. 58: Luvvie Ajayi – Putting in the Work Leads to Living Her #Dreams

Everyone should have boundaries.

As Luvvie Ajayi has experienced more and more success she’s found more and more opportunities. It can be difficult to know what to say “no” to and what is OK to take on. On this episode, Luvvie tells how she keeps the boundaries that she’s set for herself and why she believes it is vital for everyone to set boundaries. This is wonderful advice from a woman who’s living it right now, so be sure you take the time to listen to what she’s got to say.

I’m judging you: the do better manual.

One of the reasons Luvvie Ajayi decided to write her book, “I’m Judging You: The Do Better Manual” is because she continued to see and experience things that were simply wrong but nobody was willing to talk about them. In class Luvvie style, she’s talking about them. In the book, you’ll hear her classic wit and penetrating insights addressing issues like splitting the check at dinner and much more. You’ll love hearing how Luvvie describes the process of writing the book and getting it into audio format, and the impact she hopes the book will have. It’s all on this episode of Chasing Dreams.

TWEET: Luvvie Ajayi, author of “I’m #Judging You: The Do Better Manual” on this episode

How does Luvvie Ajayi adjust to the fame she’s experiencing?

The success that Luvvie Ajayi has experienced is nothing short of amazing. She’s been a guest at the White House, on the Oprah Winfrey show, and many others. Her newfound fame is something that could throw many people off their game but Luvvie has appeared to stay very balanced and down to earth in spite of it. On this episode, Aimee asks about the fame and how she’s handled it and Luvvie very honestly shares both the difficulty and the challenge of keeping herself grounded. You will learn a lot from her response so be sure you listen.

Luvvie Ajayi’s advice to those who are chasing their dreams.

Everyone who is pursuing their dreams will feel the resistance that comes from going after something challenging. They may even feel or hear opposition from people around them – even people they thought were their biggest fans. On this episode, Luvvie Ajayi shares what it’s like to go for your dreams in the midst of criticism and resistance and has advice for those who are trying to make their dreams come to life. It’s common sense advice that will help you move forward when everything seems to be against you.

TWEET: Luvvie Ajayi’s advice to those who are chasing their #dreams, on this episode

You have to push back when you face opposition or resistance. And don’t think that a 9 to 5 job is a failure. It’s not a failure, you’re planning.

Podcast with Scott Hanselman – Ratchet and the Geek

People to keep an eye on: 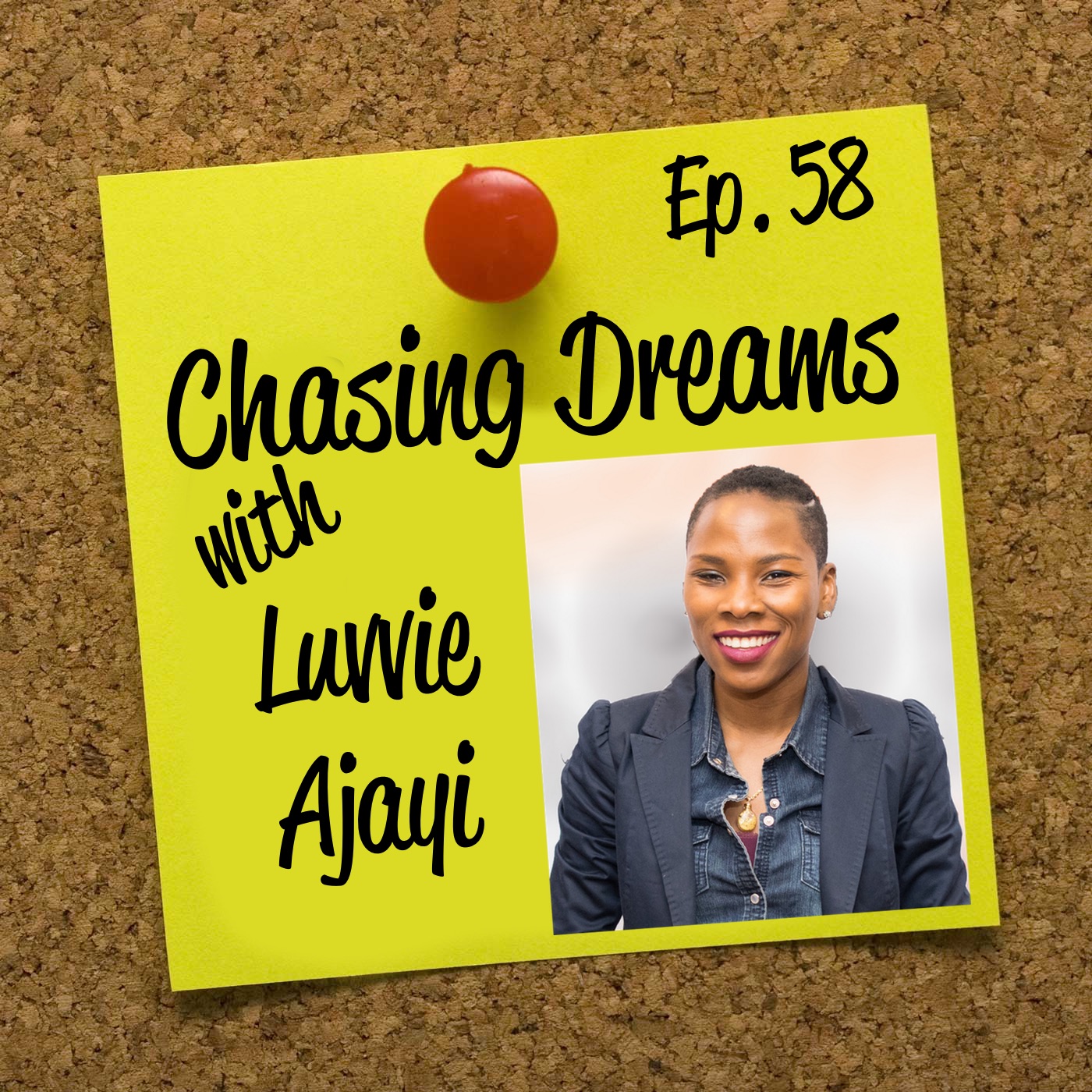