Vidya Vox is singer/songwriter with her music videos on YouTube. Born in Chennai and raised in Virginia, Vidya learned Carnatic classical music from a young age. She earned her Psychology degree at George Washington University. During that time she started posting Bollywood + Western pop mashups on her YouTube channel, which grew in popularity and a number of videos have over 2 million hits. Vidya has performed at a number of amazing places including the White House. Today, she continues to make mashups but is also working on her own solo EP of original music.

Before music was her thing, what did Vidya think would be her thing?

With the success that Vidya Vox has experienced from her Youtube channel alone, it’s surprising to think that she began with a different dream in mind. Her first direction was not music, but medicine. She was working toward becoming a doctor until she got started then realized in a fairly short amount of time that music was a much deeper desire than she’d realized. The transition she had to make to be true to her dreams was significant and it didn’t come without some questioning from her family and friends. You can hear how Vidya made the transition and what she’s learned from it on this episode of Chasing Dreams.

Making a change to pursue your dreams can be hard for family.

When Vidya Vox decided that instead of pursuing her long-planned career in medicine she was going to pursue music instead, her family didn’t understand right away. She noticed that though they were supportive, they also had a “wait and see” attitude toward her music. But as she’s shown herself to be diligent and has persevered to create some amazing music videos that have been very successful on Youtube, her family has come around. If you’re interested in hearing how she dealt with her family’s resistance to her dreams, you should listen to this great conversation.

TWEET: Making a change to pursue your #dreams can be hard for family

Everything falls into place if you focus on the art.

For any creative who works to create something great, it’s hard to keep your eyes focused on the true art of what you’re doing. Things like success, feedback, resistance – all of them come into play at times and can mess up your mind. Vidya Vox says that what she’s discovered is that when she is able to refocus on the art of what she’s doing and stay in that place of focus, she’s able to create music that is more impactful and all those other things she was concerned about have a way of taking care of themselves. You can hear Vidya’s inspiring story on this episode of Chasing Dreams.

There is no shortcut to hard work when chasing your dreams.

OK, so you have a dream. So what? The world (and other people) are not going to lay out the red carpet that leads to the accomplishment of your dream. You’re going to have to work for it – and it will be hard work. Vidya Vox says that there is no shortcut to hard work. In fact, the work you put into the accomplishment of your dreams is part of what shapes them – because it shapes you in the process. You can hear how Vidya has applied the principle of hard work to the pursuit of her musical dreams on this episode of the podcast.

TWEET: There is no shortcut to hard work when chasing your #dreams

There is no shortcut to hard work. To stick with it over the long haul you have to stay focused on why you started in the first place.

TWEET: Before #music was her thing, what did Vidya Vox think would be her thing?

TWEET: Everything falls into place if you focus on the #art ~ Vidya Vox, on this episode 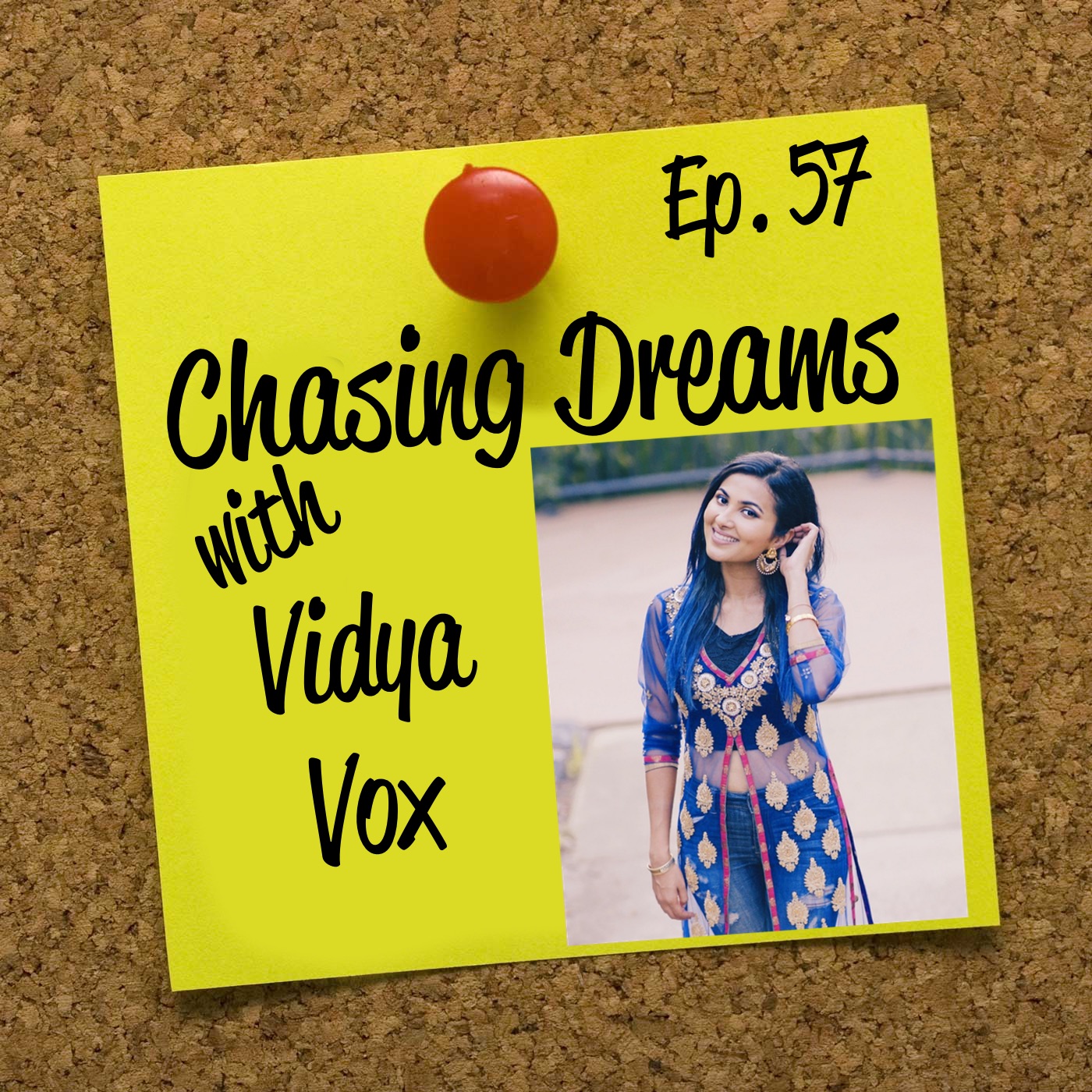