Ep. 55: Joel Sharpton – Networking Helped Open Up Doors For Me

Joel Sharpton fell backward into the radio business and found the perfect platform for his unstoppable motor-mouth. Joel is the host of What Makes Me Weird? and Co-host of Always Listening: Podcast Reviews from Josh and Joel. A voiceover artist, audio editor, audiobook narrator, happy father of four and lucky husband to one, you can find his blog, his podcasts and more at JoelSharpton.com.

Joel Sharpton kept working at it in order to become good at it.

By trying a lot of things Joel Sharpton discovered that he wasn’t necessarily good at anything in particular but that he could get better at things by trying them. When Joel first stepped into the realm of radio Joel didn’t believe he had a great voice for radio but he got better and better the more he did it. On this episode of Chasing Dreams, you’re going to hear Joel describe how that process worked in his life and how you can build your skills and find your genius as you go along.

How podcasting became a thing for Joel.

Joel Sharpton is one of those guys that most of us think we have to be in order to get into podcasting. He had a background in radio so it seemed like a natural fit – and it was. But Joel is the first to tell you that a love for podcasts (not audio or radio) is what got him to create his own podcast. The more he listened the more he realized that he had something to say and that podcasting was the medium he could use to do it. Joel has lots of great advice for those who are considering podcasting so be sure you listen if you’ve even been thinking about trying out podcasting.

TWEET: How podcasting became a thing for Joel Sharpton, on this episode

When Joel attended Podcast Movement 2015 he saw someone he had met on social media a few times across the room. His wife encouraged him to introduce himself and say a simple, “Hello.” But Joel’s excuse for not doing it was, “I don’t want to bother him.” That’s when his wife blew up his life and perspective by saying, “You’re not worried about bothering him, you’re worried about bothering you.” It was a push toward discomfort that was really uncomfortable for Joel but opened the door to possibilities that he was keeping himself from. On this episode you’re going to hear the story and how that simple phrase, said by someone who cared about him, changed the way Joel sees networking and connections, forever.

Open the doors and allow yourself to meet the opportunities.

Too many times the doors of opportunity are closed to us because we don’t even try to open them. That’s what Joel Sharpton was doing to himself by not introducing himself to people he’d already connected with via social media. He learned that taking a step into the unknown (and what could seem risky) is the only way to find out if an opportunity is lurking on the other side of the door. From a few simple and temporarily scary introductions Joel has been able to build an incredible network of people in the podcasting space and many of those connections have turned into lifelong friendships to boot. You can hear how Joel made the most of his own discomfort, on this episode of Chasing Dreams.

TWEET: Open the doors and allow yourself to meet the opportunities.

Lean into your discomfort. You never know what could come of it that will bless your life.

TWEET: Joel Sharpton kept working at it in order to become good at it, on this episode 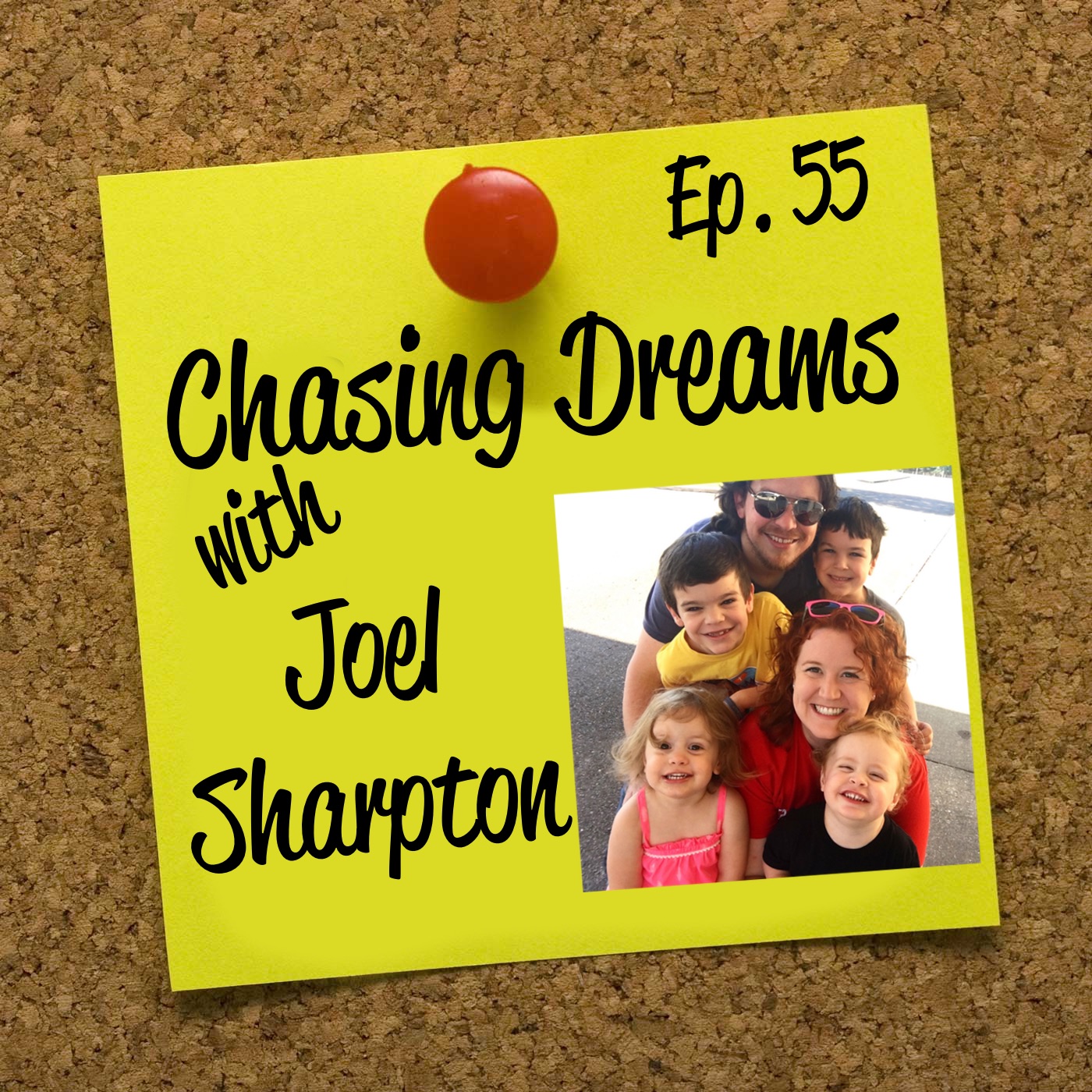