Originally from Chicago, Illinois Chantal' Ashante Hill began as a gymnast at 6 years old but began her formal ballet training at the late age of 17. With the heart & the strength of God she persevered to get to her calling which she now calls “Spiritual Ballerina.” Chantal' is the Spiritual Ballerina who dances as God’s Vessel to glorify God & draw his people closer to the lives they were created to live. She has trained & performed with Dance Theatre of Harlem-Nutcracker (NYC) Joel Hall Dancers-Authentic (CHI) Performance-Centre du Dansê Marais (Paris, France) Dance Ministry Institute- Nativity: Birth of a King (NYC) Judah International Dance Theatre- Psalms Symphony (NYC) She has been featured & interviewed on Trinity Broadcast Network. Since her interview, she is developing a documentary as a Spiritual Ballerina.

Even though you might miss the cut-off date, you are never cut off.

One of the amazing things about Chantal’s journey is that she started dancing ballet around 14 years later than normal. 14 years. Most ballerinas begin at the age of 3 but Chantal’ was 17 years old when she first began to take an interest in ballet. But her natural talent and a conviction that her dancing was gift from God and a calling she was to pursue. She came to believe from the road she’s traveled that even though you might miss some cut off date, you are never cut off. You can keep going in the pursuit of your dreams.

Turning the tragedy into a tool to move toward her dreams.

At a certain point in Chantal’s dancing career she had a very serious injury that threatened to end her dancing forever. She was laid up in recovery for 6 months. It was during that time that she found ways to keep her eyes on the goals she had for herself. She also used the injury to learn some new disciplines that helped her stay in shape so she could return to dancing the moment she was able. Chantal’ has an amazing resilience and determination that you’ll be inspired by as you listen.

TWEET: She turned a tragedy into a tool to move toward her #dreams, on this episode

Getting through the hard times with the help of a strong support system.

Chantal’ is quick to say that nothing she’s been able to accomplish as a spiritual dancer could have been done without the support of her family, friends, and church family. She faced many obstacles that threatened to discourage her, including a devastating injury, but those closest to her continued to encourage her to keep going. It was because of the strength of those around her that Chantal’ never gave up on her dream to become a dancer. You can hear her inspiring story and receive some encouragement of your own as you chase your dreams – so be sure to listen.

I want to break the idea that you can only get by, by working a 9 to 5.

One of the things that saddens Chantal’s heart is when she hears people talking about how much they dislike the work that they do 9 to 5. In her mind, life is too short and too precious to spend it doing things you don’t enjoy. She is out to break the idea that it’s expected and normal for people to spend the bulk of their waking life in a context that is neither fulfilling or profitable. Her story is one full of inspiration and hope for those of you who are eager to break out of the humdrum of your life and chase your dreams.

TWEET: I want to break the idea that you can only get by, by working a 9 to 5 ~ Chantal’ Ashante Hill

Take time to get to know yourself because when you know yourself you’ll begin to learn how to make your weaknesses into your strengths. Then you can figure out who you want to be and align yourself with God’s call for you.

TWEET: Even though you might miss the cut off date, you are never cut off ~ Chantal’ Ashante Hill

TWEET: Getting through the hard times with the help of a strong support system, on this episode 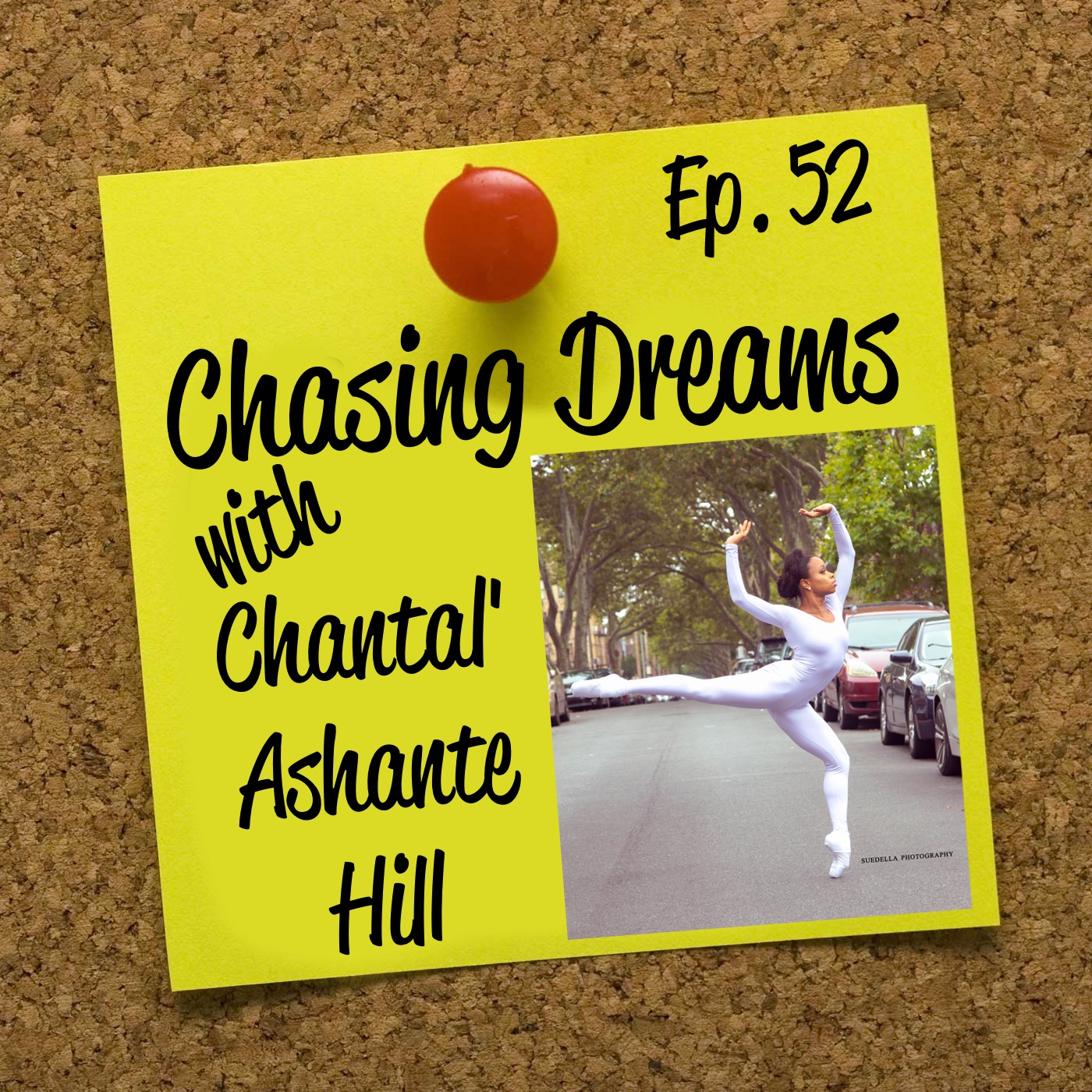