Ep. 50: Brian Millikin – Doing the Work to be the Writer of his Dreams

Today’s guest is going to be super appealing to anyone who longs to be a writer. His story is one from starting at the bottom and working his way all the way to the top of his industry. Brian Millikin was most recently a writer and Consulting Producer on the Syfy series HAVEN, based on a book by Stephen King. Brian was on HAVEN for the entire six-year run of the series in various roles, eventually becoming a Staff Writer. A native of Richmond, Virginia, Brian attended UNC-Chapel Hill. On this episode you’ll hear his entire story: how TV became his best friend growing up, how writing became his passion, and how he’s working on new projects to bring joy to the lives of others.

TWEET: Write or die: How Brian Millikin became a successful TV writer, on this episode of #ChasingDreams

Good storytelling is about the characters.

Thinking back to the television shows that he loved as he was growing up, Brian Millikin recognizes that the shows he was most drawn to were the ones that did a great job of centering every episode around the life and development of one of the main characters. It wasn’t enough just to tell the chronology of exciting events, it was the emotional connection with the characters that pulled him into the drama and made him a fan. On this episode Brian chats with Aimee about the incredible power of emotion in storytelling and why it’s the one thing that can’t be overlooked.

TWEET: When writing is “emotion first” and centered around the characters, it’s a winner ~ Brian Milliken

Can a writer rise to the top on natural talent without going to school?

It’s very difficult to predict what could happen in a hypothetical circumstance and Brian Milliken is careful not to be too categorical as he talks about the kind of education a television screenwriter needs. His path took the route of traditional education in college and internships and while he knows that many of the opportunities he had came directly through his involvement with those educational institutions he’s not convinced that every writer has to follow that same path. You can hear Brian’s story and how he imagines the same level of success could come to other writers, on this episode of Chasing Dreams.

You can outwork anybody, no matter your background or level of talent.

Though he’s had a very successful career as a television screenwriter, Brian Millikin realizes that his innate talent is not as obvious or strong as that of many other writers. What set him apart was his willingness to work hard for the dream he had set before himself. It was that hard work that he credits with getting him to the pinnacle of success in a very crowded and competitive field. Brian’s advice about hard work is refreshing in a day when so many people feel that the successful accomplishment of their dreams should come simply or easily. He’s got some common sense, incredible advice for anyone who has a dream, so be sure you listen.

TWEET: I was the first to arrive & the last to leave every day but was the happiest I’d ever been ~ Brian Milliken

There are many people out there who feel entitled, or that they deserve to automatically get their dream. But I believe you have to work for it… and there aren’t many people who are willing to do that. You can outwork anybody.

TWEET: I was convinced that I could outwrite anybody and earn a chance ~ Brian Milliken

TWEET: There is no such thing as entitlement. You have to work hard to make your dreams come about ~ Brian Millikin 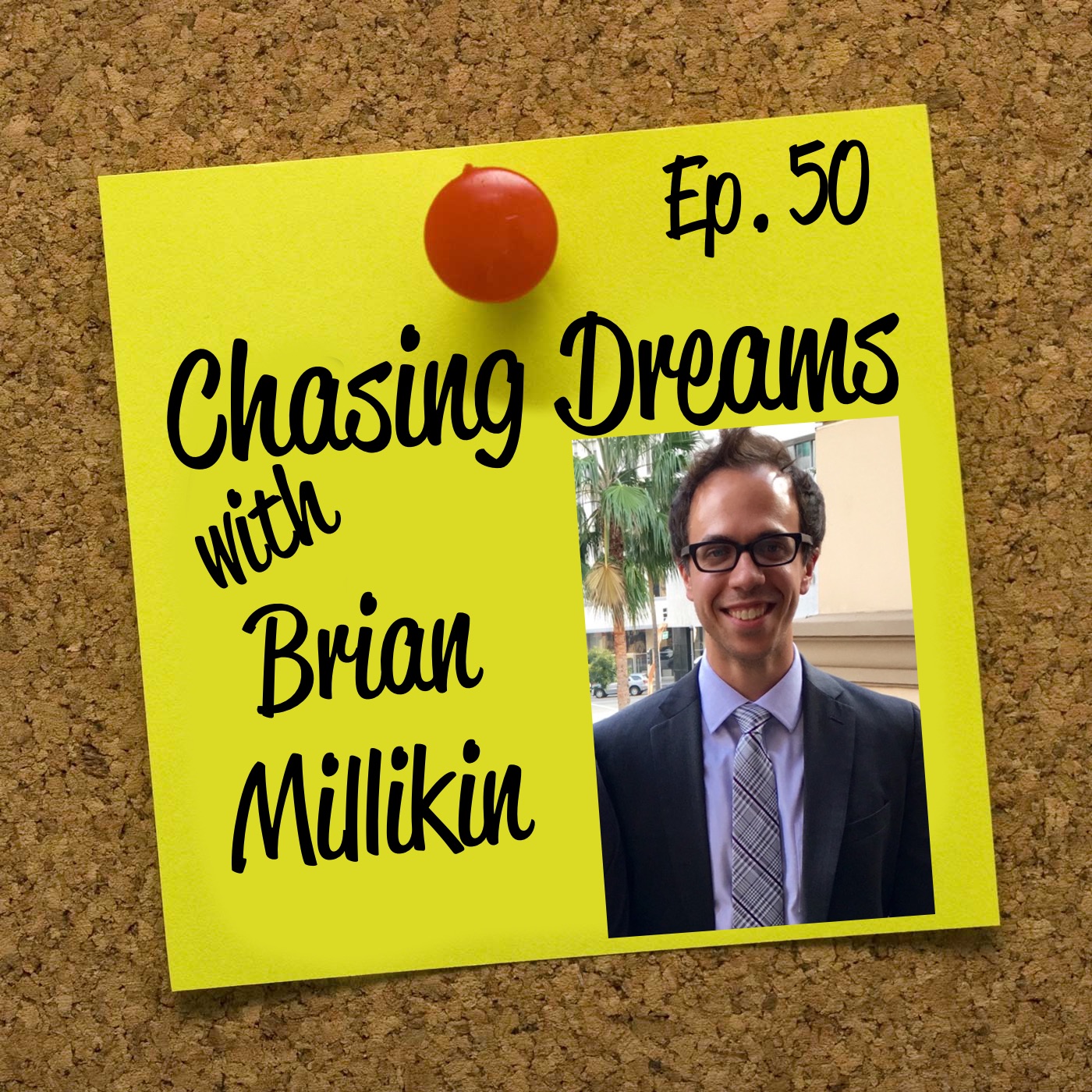