Ep. 49: Darrell Darnell – Knowing When to Follow Your Passion and Do What You Love

Darrell Darnell is a self-proclaimed nerd with a passion for all things tech-related. With a degree in computer programming, it was natural for Darrell to find himself in the tech industry. He spent 19 years working for a bookstore, where he went from part time employee to director of ecommerce. Throughout this insightful chat with Aimee, Darrell discusses everything from his unexpected love of TV shows to how he first found podcasting to his path to entrepreneurship. Today, Darrell runs Golden Spiral Media and Pro Podcast Solutions, where he focuses full time on consulting and podcast services for other podcasters.

A first glimpse at podcasting.

Darrell discovered podcasting early on. In fact, he’s had a show since 2008, which was when podcasting was in its infancy. The story of how he found podcasting was quite unexpected for Darrell. A casual TV watcher, Darrell and his wife found themselves bona fide “Lost” addicts from the very beginning of the show. He loved the show so much that he would spend time on “Lost” forums discussing the show with other fans. That’s where he found something that would change the course of his life forever: a Lost Podcast. It was hosted by his now-friend and podcast guru Cliff Ravenscraft and his wife Stephanie. For Darrell, his love of podcasting was evident from the very start.

Building a business around podcasting.

After “Lost” ended, Darrell made it his mission to find a new show to obsess over – preferably a JJ Abrams show. He discovered “Fringe” and decided to launch his own podcast about the show. The show would grow like wildfire – so much so they even had stars of the show as guests. From there, Darrell started Golden Spiral Media with a partner and started to launch other shows. At first, there were 3 shows. Now there’s a network of 30 shows under the umbrella of Golden Spiral Media. Darrell talks about what it was like to make start the business in 2013 and how they’ve managed to grow it exponentially since then. He shares insight into the decision to hire hosts to take on shows when they realized they couldn’t do it all themselves, and how he stared Pro Podcast Solutions as a result of his work in Golden Spiral Media.

TWEET: Building a business around #podcasting, on this episode of #ChasingDreams

The transition into full-time entrepreneur.

The decision to take the plunge into full-time entrepreneurship wasn’t an easy one. Darrell explains why it was tough to take the leap and what made him finally make that transition. He also talks about the fear of leaving his stable job because he had to provide for his family. Darrell shares how the company evolved and why he places a high priority on building relationships as a means of growing the business. He also gives insight into some of the shows they work on today and how he’s managed to streamline operations in both businesses by hiring the right team.

Why you should only focus on your next step.

As they close out their chat, Darrell discusses when he first realized he might want to become an entrepreneur. He shares insight into his goals for the future and what he enjoys most about what he does today. Darrell also talks about how his dream evolved quite unexpectedly from a TV show and why it’s important to pursue something you love and see what unfolds. In closing, Darrell leaves us with some advice for fellow dream chasers: Don’t get caught up in a 5-year or even a 1-year plan. Just focus on the next step.

TWEET: When it comes to #dream #chasing, it’s important to focus on the next step

Don’t get caught up in the 5-year plan or even the 1-year plan. The thing to focus on is the next step. Don’t get bogged down with all the details.

TWEET: Going from #ecommerce director to full-time #entrepreneur, on this episode of #ChasingDreams

TWEET: Pursuing what you #love and watching your #dreams unfold 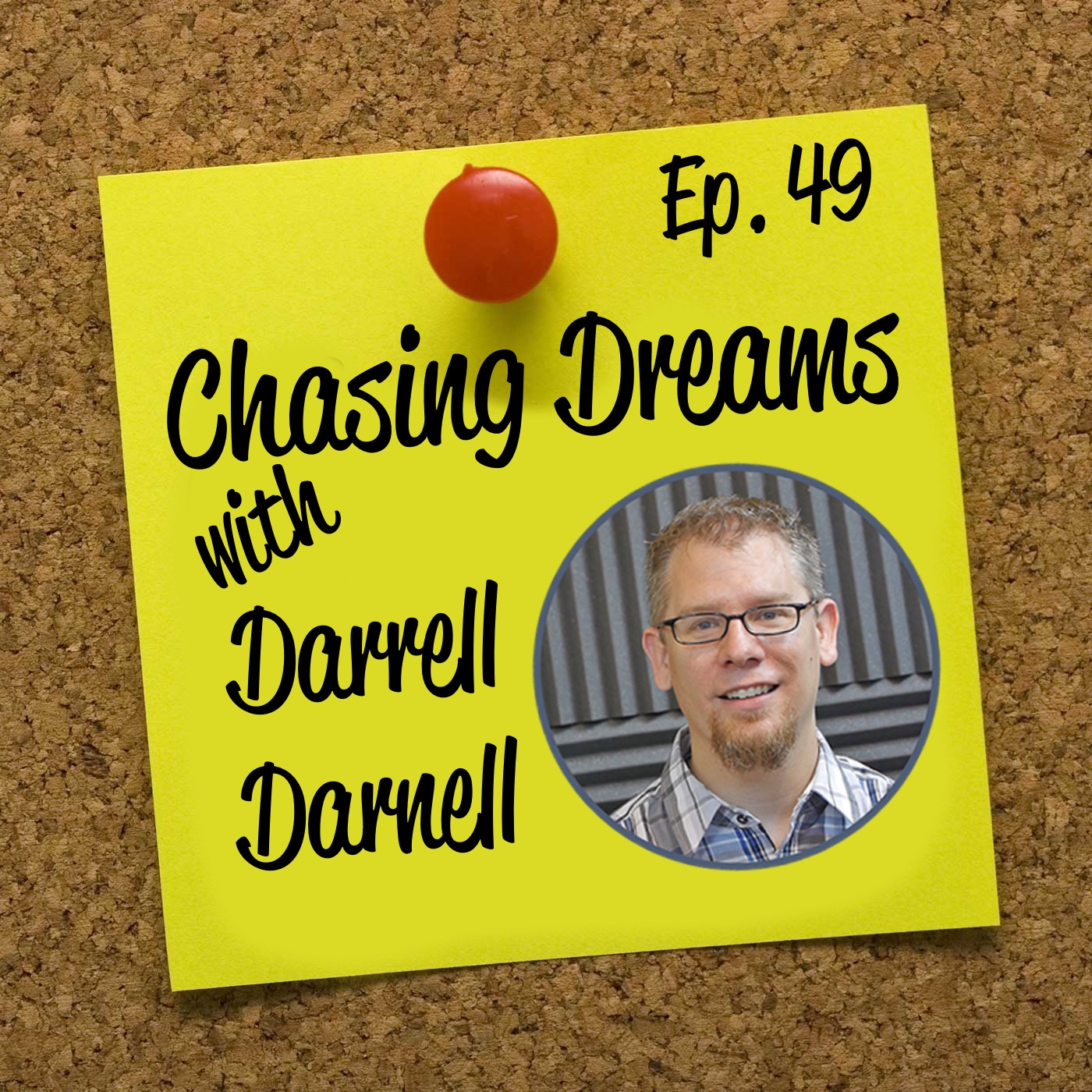