Ep. 48: Melvin McCray – Visualize Your Dreams to Make it a Reality

After a 28-year career at ABC News, Melvin McCray knew it was time to chase the dreams he’d held in his heart for so long. And so, after retirement, Melvin focused on his passions and his purpose by continuing to produce inspiring documentaries through Media Genesis Solutions and launching the non-profit Harlem Digital Media Training Program. Throughout his chat with Aimee J., Melvin discusses his incredible experience at ABC News, as well as what led him to focus on working with high school students in retirement. He talks about the rewards of working with kids, as well as what it was like to win the White House Student Film Festival for the film Mentoring in Harlem.

TWEET: Visualize your #dreams to make it a #reality, on this episode

It’s never too late to chase your dreams.

Some people might see retirement as a chance to kick back, travel, and relax. That’s clearly not how Melvin sees it. In fact, he’s busier than ever. Melvin discusses what was behind the decision to continue dream chasing in retirement and why he finds himself doing the most rewarding work of his career. He also talks about how the work he did at ABC prepared him for the visual storytelling he does today, as well as how it’s helped him boost the confidence of kids who truly needed a boost. Melvin shares how he first discovered his love of humanitarian stories, through the work he did at ABC on a project called “Person of the Week” – and why that changed his path forever.

Go wherever your creativity and passion lead you.

Melvin goes on to talk about how he got into working with high school kids, in addition to the work he does at Columbia with graduate students. His goal was to teach those kids the same skills he teaches Columbia students, giving them access to tools they may not otherwise have ever accessed. Melvin talks about the value of working with schools that have students that face many obstacles and how he sees the students change as he works with them. He helps them see the world differently, and as a result they begin to see themselves differently.

TWEET: Go wherever your #creativity and #passion lead you

Why it’s important to focus on things you believe in.

Melvin shares more about how things changed when he started working on the “Person of the Week” project for ABC. He discusses the shift he felt when he was able to share such inspiring stories, knowing the viewers were changed by the stories. Melvin talks about why he doesn’t work on projects unless he believes in them. He also shares what made this project different: it allowed him to journalistically tell a story while gaining the secondary benefit of sharing the story of someone doing a humanitarian gesture. The result? Other people will be inspired to do the same thing.

One Melvin saw for himself the ripple effect of sharing inspiring stories, he knew he had to continue to chase that feeling. He found new ways of sharing similar stories in retirement, which led him to the Harlem Digital Media Training Program. He was the students gain confidence and gain skills that would forever change the course of their lives. Melvin talks about some of the skills he teaches them, including – and perhaps most importantly – how to visualize your dreams. Melvin shares why it’s so important to learn to visualize your dreams and how it can truly create a mental shift that makes it possible. Melvin’s final piece of advice? Visualize what it is you want to achieve, see yourself already having achieved it, and that makes it possible.

TWEET: The #ripple effect of sharing #inspiring #stories, on this episode

Connect with Melvin on LinkedIn

TWEET: It’s never too late to #chase your #dreams, on this episode

TWEET: The value of focusing on #projects you #believe in, on this episode of Chasing #Dreams 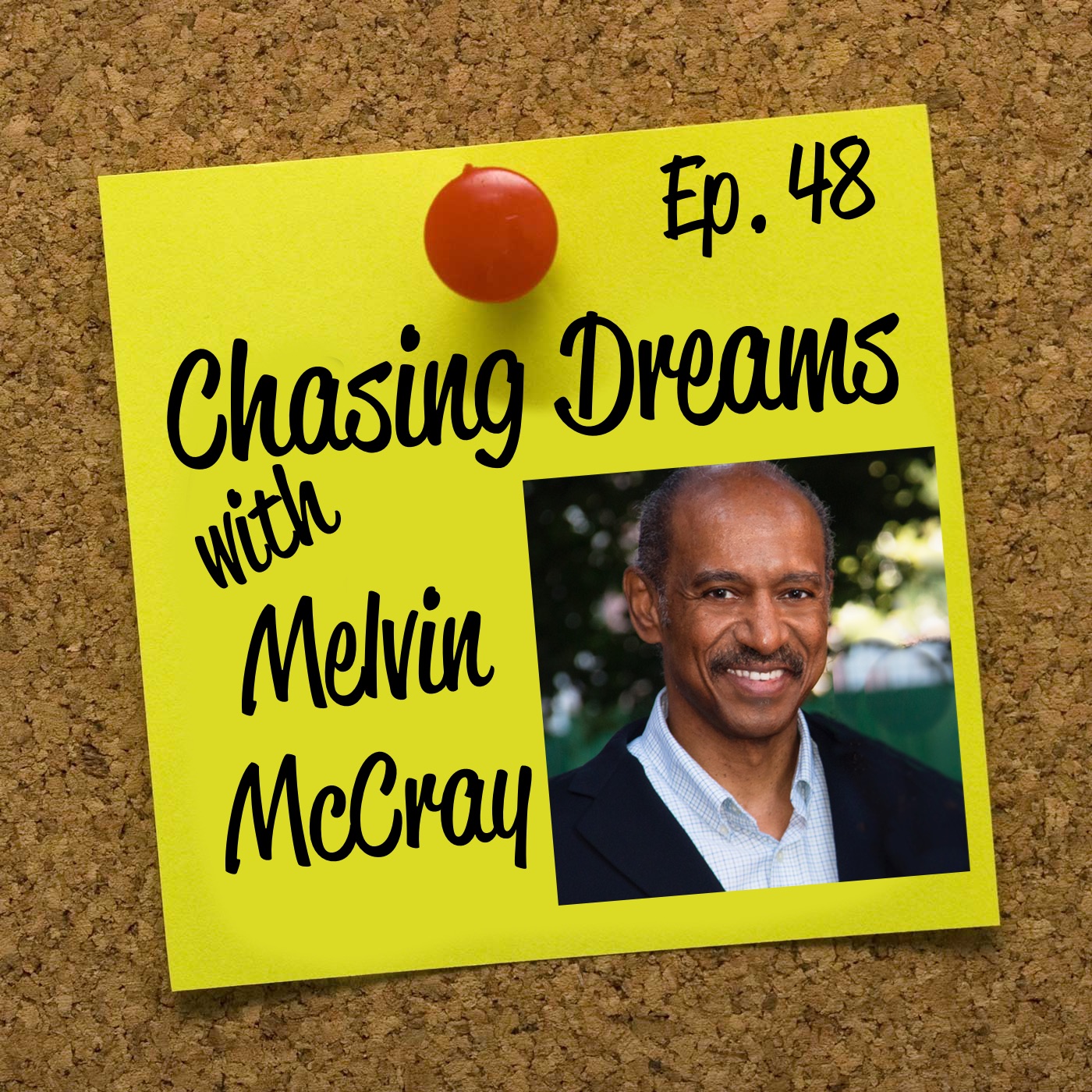