For classical hip-hop artist Brandnu, dream chasing wasn’t always easy. After coming to the US from Nigeria, it was clear that there were a lot of expectations placed on Brandnu. His passion for music started early, but he put that aside to be an athlete in high school. In college, Brandnu reignited his love of music and secretly created an album. After sharing the album with his less than supportive parents, Brandnu agreed to continue college and get a degree in Chef and Restaurant Management. This decision led to a couple of years of darkness for Brandnu and a desire to honor his truth and pursue his passion and purpose. He knew his calling was music and it would give him a platform to give back, so Brandnu worked hard to make his dream a reality.

TWEET: Changing the world through #music, on this episode of #ChasingDreams

The power of giving back.

From a young age, giving back was at the core of who Brandnu was. He attributes this passion to his parents, who taught him the value of giving back to others. Brandnu shares the connection of giving back to his music and how he continues to make it his “why”. He also discusses the culture shock of arriving to the US and how it derailed him from his passion for music and giving back. Brandnu shares why he had to learn to be comfortable in his own skin in order to be able to truly embrace his dreams and pursue them. He talks about his experience as a high school athlete and the pressure of the expectations to become something he wasn’t.

Going from dream chasing to darkness and back again.

When it came time to attend college, Brandnu finally felt like he could pursue music – if only in secret. And that’s exactly what he did. He attended college while secretly putting together an album – something he was very proud of. So much so, he decided he needed to share it with his parents because he felt that he finally found his true calling in life. After being met with less than enthusiastic responses, Brandnu’s father struck a deal with him: finish college and get a degree, and his father would foot the bill. To this day, one of Brandnu’s biggest regrets was taking that deal, which would lead to a period of darkness that would span 2 years.

TWEET: The pressure from others to give up on your #dreams, on this episode of #ChasingDreams

Before you can achieve the dream, you have to start putting some work into it.

Brandnu discusses the realization that he had to put in a lot of work in order to turn his passion for music into a career. He did so over a period of 7 years after college, working tirelessly in his music “cave” after spending his days working a variety of jobs to pay the bills. Although he didn’t have the support he craved from his family, Brandnu would find support in friends along the way. During the 7 years he spent making music, Brandnu would build an extensive catalog. This would become the foundation of the sound Brandnu shares today. He gives insight into why it was so important to spend that time putting work into his dreams and how it helped to shape him in the artist Brandnu is today.

Focusing on your WHY.

As they close out their chat, Brandnu shares with Amy his top piece of advice for fellow dream chasers: focus on your why. He expands on this advice by saying this: put up a picture or a saying – something that will remind you why you’re doing this; that’s what will sustain you during the no’s, the closed doors, and the disappointments. Brandnu also discusses his why: using this platform to shine a light on different causes that have influenced him on his journey. He also talks about a book that has made a huge impact on him in his journey: NLP: The Essential Guide to Neuro-Linguistic Programming. Throughout this chat, it’s clear Brandnu has found his calling and is pursuing it with everything he has. It’s also clear that he worked hard to turn his passion into a full time career in the music industry.

TWEET: The power of focusing on your #WHY, on this episode of #ChasingDreams

Focus on your WHY.

TWEET: Finding support as you #chase your #dreams, on this episode of #ChasingDreams

TWEET: Moving beyond your #regrets to #embrace your passion, on this episode of #ChasingDreams 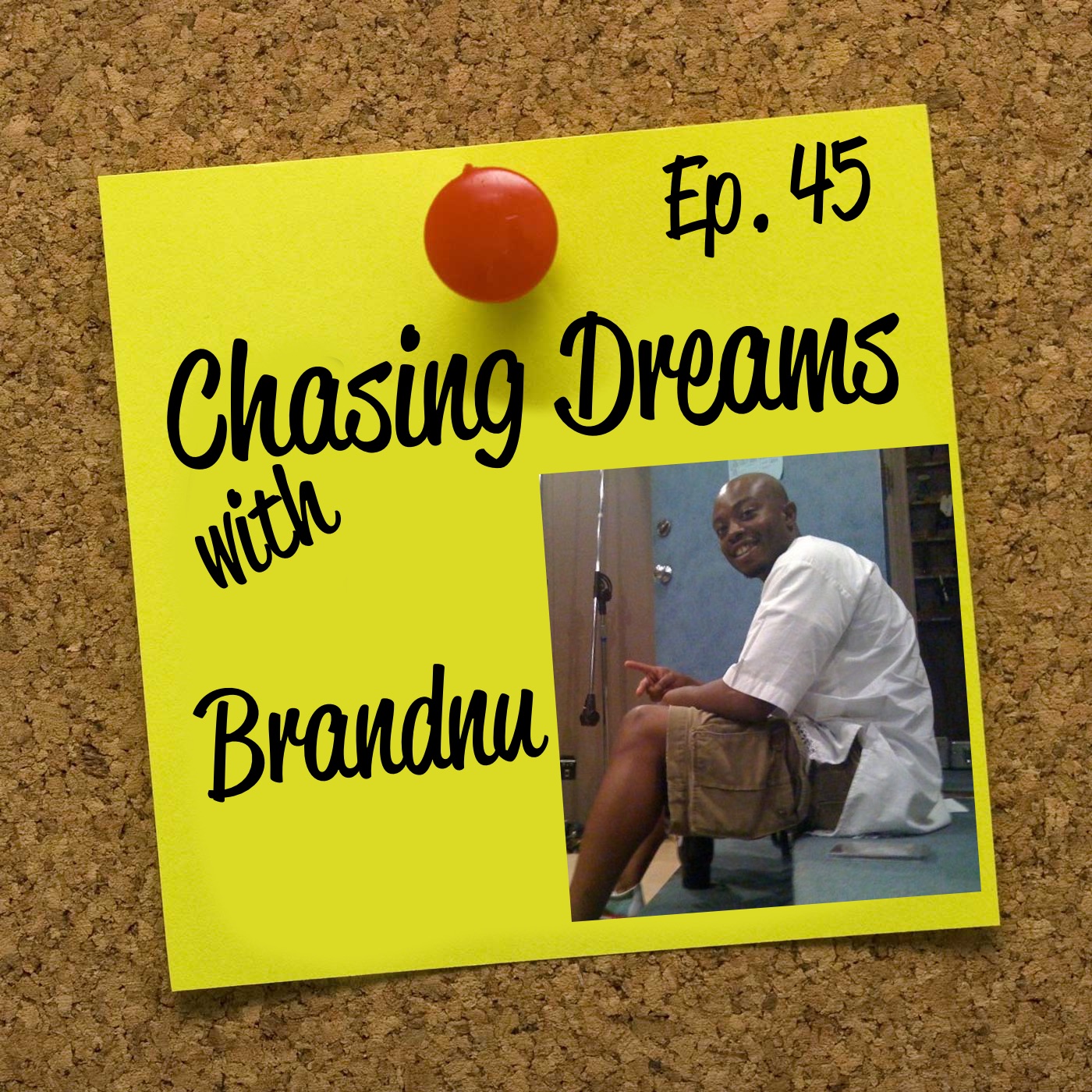