Ep. 32: Stephanie Glass – Juggling Your Life so You Can Pursue All Your Dreams

Dream-chasing isn’t about limiting yourself to one pursuit. For Stephanie Glass, it’s about balancing your life so you can pursue all of your dreams. As an IT and library sciences professional, she is passionate about managing information infrastructures and helping people access the information they need. Stephanie found her passion for library science quite by accident, but when she found it she knew she had to pursue it. She realized dream-chasing didn’t have to end there. And so, Stephanie has built a life around pursuing all of her passions – from IT to performing arts and beyond. In this chat with Aimee J., Stephanie shares her approach to balancing a busy life and maintaining focus on what matters most.

TWEET: #Libraries aren’t just about books, they are about #information ~ on this episode

Balancing your time when you pursue multiple passions.

Stephanie’s love of performing goes back many years. In college, she chose to minor in dance because of her love of performing. Today, she finds herself making the time for auditions so that she can continue to pursue her passion for performing. Stephanie shares the many performing jobs she’s done and how she manages to balance her time with a busy career in IT. She discusses some commercial modeling jobs she’s had and how she funds her performing jobs. Stephanie also gives us a glimpse into the difficulties of balancing time with so many passion projects, and how she focuses her efforts to make her week run smoothly.

Stephanie’s passion for library science and IT are clear. She discusses the realities of library science and, in doing so, crushes our misconceptions about it. Stephanie also gives insight into the level of expertise and education required to be a librarian and just how valuable library science is. Today, she works with a non-profit organization in Philadelphia as the Head of Technology Systems, but in the past has held positions ranging from Digital Archivist to Technical Services Librarian.

TWEET: How to pursue multiple #passions without running out of time, on this episode

Discovering a passion for performing.

Stephanie loves all aspects of the performing arts. Her performance experience ranges from film acting to choreography and beyond. When she discusses performing, it’s clear that she is pursuing something she truly loves. Stephanie offers insight into how she landed the award-winning role in the web series “Walk of Shame” and what the experience was like for her. It’s refreshing to hear about how Stephanie pursues multiple passions in order to build a true dream-chasers life in every way.

What’s next for Stephanie.

For Stephanie, performing is something she plans to devote more time to in the future. She discusses her passion for fight choreography and her hope that she can do more of that going forward. Stephanie has created a happy life, filled with things she loves, which came from facing her fears and saying “yes” when many of us would have said “no”. In closing, she offers a piece of advice to fellow dream-chasers, “Say yes.” When it comes to living a dream-chaser’s life, Stephanie is going at it full force and is loving every minute.

TWEET: Say yes to #opportunities that pop up rather than being afraid ~ Stephanie Glass

TWEET: Saying yes and not being afraid can lead to amazing things, on this episode of #ChasingDreams

TWEET: Why it’s important to be true to your passions in order to find happiness, on this episode of #ChasingDreams 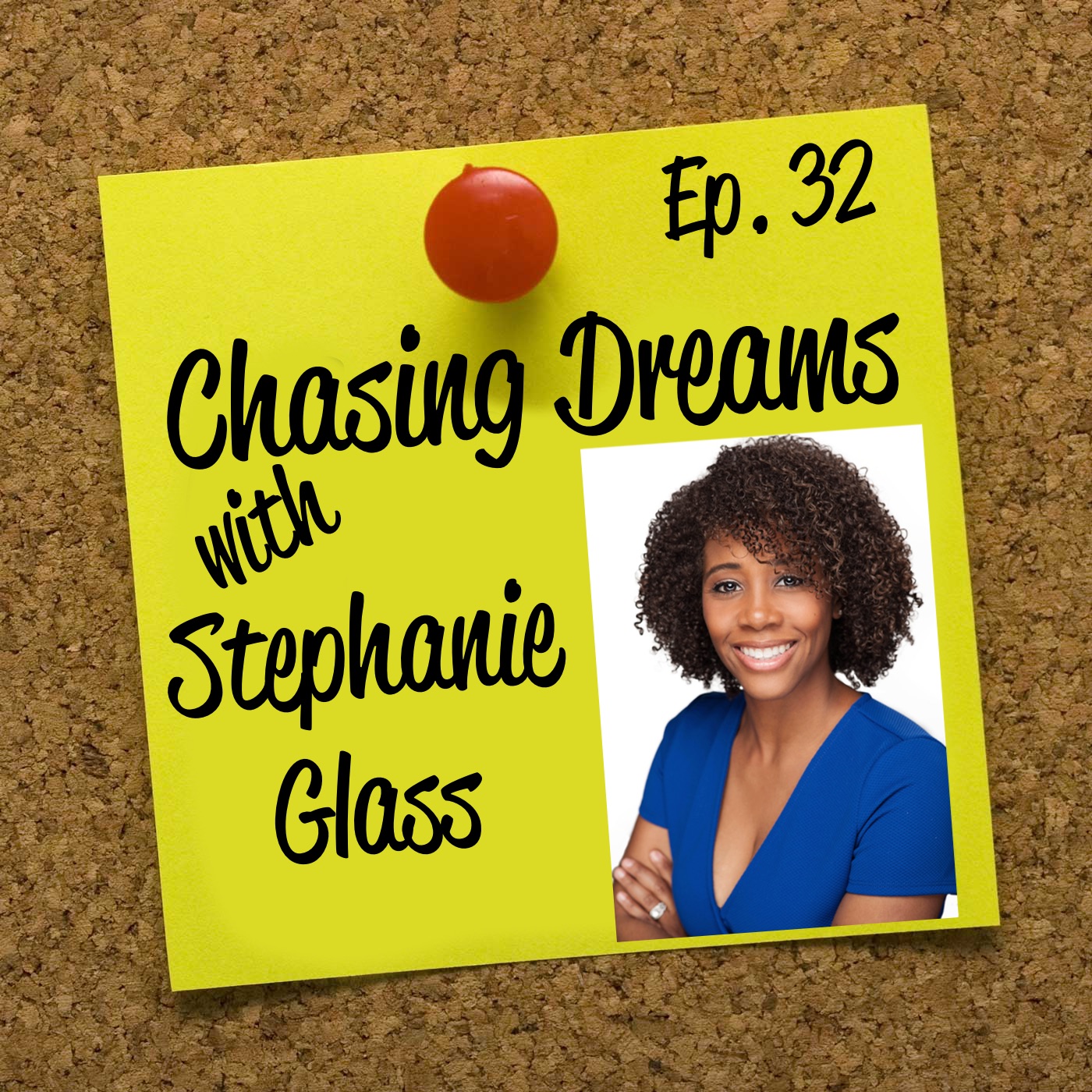