Ep. 27: Yuzun Kang – The Importance of Being Ready for When Your Opportunity Knocks

Dream-chasing isn’t always easy. The road is filled with unexpected twists, turns, and bumps. But, when you know you’re following your purpose, you have to keep going. On today’s episode, Aimee J chats with her friend Yuzun Kang. After tapping into his passion for creativity at an early age, Yuzun went on to join Riot Games as development manager and product owner. Getting there wasn’t easy, but Yuzun explains why every experience – even the difficult ones – was worth it. Today’s Chasing Dreams will leave you feeling as though anything is possible.

TWEET: Don’t ask for permission; just go for it. Anyone can do anything. Find out more on this episode.

Finding your purpose and what it takes to make it your reality.

Once Yuzun saw beyond the stereotype of video games, he realized gaming is about taking an interactive experience and using it to communicate how we live our lives. After playing a videogame called Braid, Yuzun was inspired by the philosophical idea behind it and curious to find out if he could make video games his life. Creativity was something he discovered early, tapping into his creative spirit after watching the sequel to “The Neverending Story”. In college, he followed his creative passion by majoring in Creative Writing, but would eventually find himself in Law School. Yuzun explains that he really didn’t like law school and knew right away this wasn’t the life for him, but that the experience was invaluable. He shares how the learnings from law school have been applied to his current career with Riot Games – in very unexpected ways.

From a passion for film-making to pursuing a Masters of Fine Arts in Poetry.

Staying true to his creative pursuits, Yuzun found himself being encouraged to apply for a Masters of Fine Arts in Poetry. Growing to love poetry more and more throughout the experience, Yuzun enjoyed his education but always knew there was more for him. Film-making became a passion pursuit as well, but he wouldn’t “settle down” until he was finally able to gain an edge in the gaming industry. After his stint in law school, Yuzun hit the ground running with his sights set on making it in video games. Getting started, however, would be anything but easy. What came next, Yuzun says, would shape his future.

TWEET: Always be prepared for #opportunity: on this episode of #ChasingDreams

Don’t ask for permission. Just go for it.

When Yuzun decided it was time to find out if he really could make it in the video game industry, he knew he’d have to work hard, be very determined, and come up with creative ways to gain notice. He started by searching for interning opportunities in the industry, but wouldn’t get very far. From there, Yuzun found himself writing reviews for games in the hopes this would give him his break. This led to many networking opportunities at gaming events and conferences. Yuzun tells Aimee how networking led to his first job with a video game startup. After much hard work and sacrifice, Yuzun was able to learn a tremendous amount in his experience with the startup. These skills, he says, would help him throughout his career. Yuzun shares some valuable insight into how fellow dream chasers should approach their passions.

Being prepared for opportunity is key.

As Aimee closes out her chat with Yuzun, they discuss the importance of being ready for opportunity when it comes. Yuzun shares his mindset of hard work, doing your best, and always – always – being ready for opportunity. He goes on to discuss the value of teamwork in building a successful, fulfilling career, and how his team at Riot Games is critical to his career happiness. After sharing many nuggets of wisdom with dreamchasers, Yuzun tells us what’s next for him and shares a few more tips with listeners. If you’re thinking about going after your dreams with everything you’ve got, you don’t want to miss this episode.

TWEET: From #networking to a #flourishing career. Find out more on this episode of #ChasingDreams

When you go and do something, always ask yourself why.

TWEET: Why every experience is valuable: on this episode of Chasing Dreams

TWEET: Getting creative when looking for a way to break into your field. Find out more on this episode. 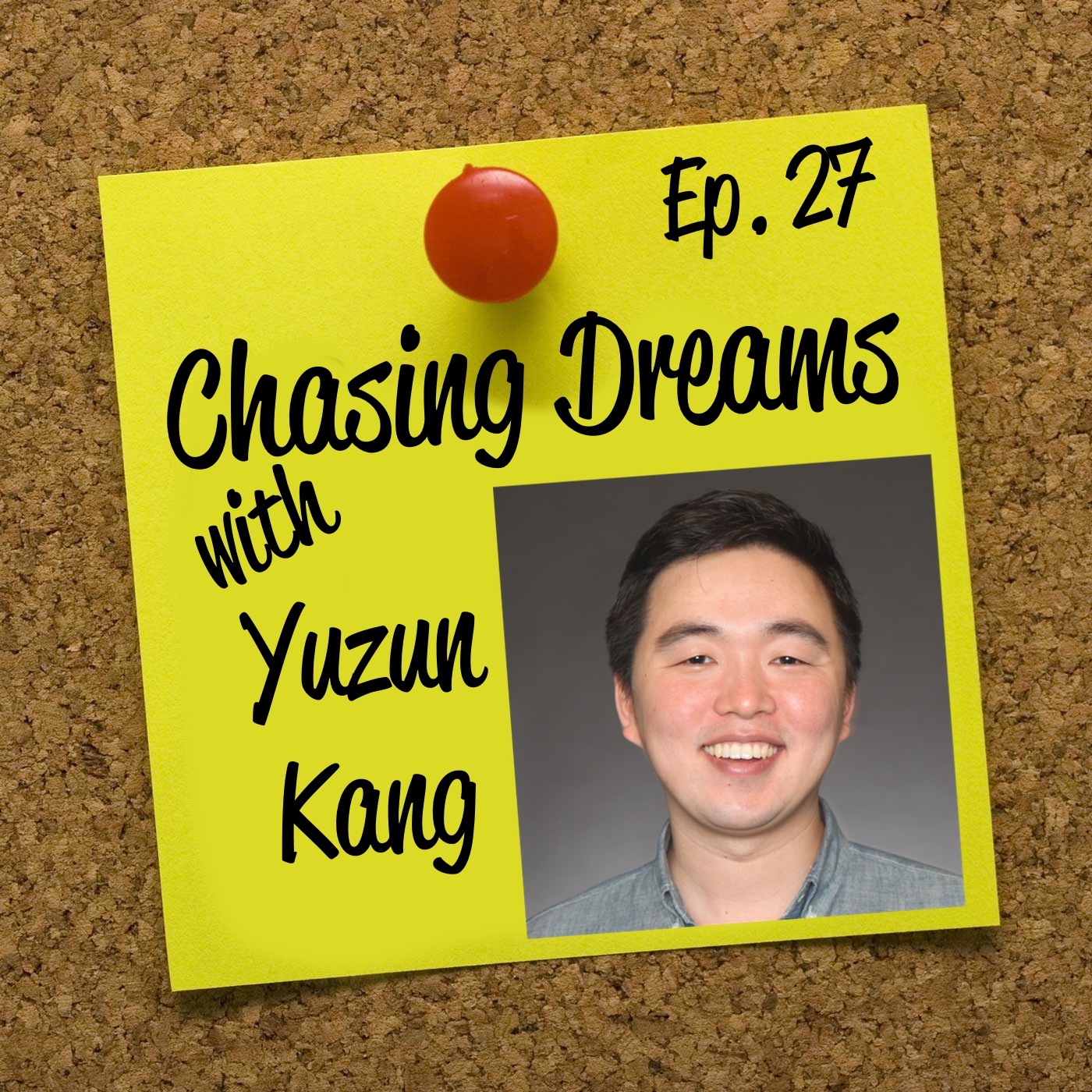