If you’re stuck in a place without passion and purpose in life, then today’s show is for you. You might not think that someone can pivot from being an actress to a lawyer to the sweet world of baked goods, but today’s guest proves that it is possible! It’s never too late to chase your dreams and create the happiness you deserve!

Jessie Sheehan is a cookbook author, food writer, recipe developer, and baker. She is the author of The Vintage Baker, (2018, Chronicle Books), which was named one of the Washington Post’s best cookbooks of 2018 and is beloved by Oprah, Nigella Lawson, Gail Simmons, and more. Jessie is also the co-author of Icebox Cakes (2015, Chronicle Books).

The thing that drew Jessie in

How many people start out in one profession before finding their niche in something completely different? It happens more often than you might think. Baking was the thing that drew Jessie in after she explored other unrelated professions. She grew up in a “foodie” family that loved experimenting with delicious foods, and there was a great reverence for sweets. As a new mom baking at home, she found that it was something she loved, even though she had no formal training. Getting a job at a bakery put Jessie doing menial tasks like bagging granola, and then her superiors saw that she was in it for the long haul. A journey of learning from others and growing her knowledge and skillset gave her the opportunity to progress to other duties, and she proved herself by being a hard worker and a fast learner.

TWEET: Learning from others and growing your skillset brings new opportunities. @jessiesheehanbakes #chasingdreams

Finding what she was supposed to do

Do you look back on your journey with regret? Jessie looks back and sometimes wishes that she had just started out by going to pastry school instead of pursuing other passions like being an actress and a lawyer. Her training process happened on the job at the bakery, and she knows there are gaps in her knowledge that pastry school would have filled. She also realizes that if she hadn’t taken the long journey to discover her passion for baking, then she might not have the same appreciation for what she is accomplishing each day.

TWEET: Don’t look back on your journey with regret. @jessiesheehanbakes #chasingdreams

The balance between accomplishments and goals

How do you find a balance between the accomplishments of the past and the goals of the future? As Jessie contemplates the trajectory of her career, she’s pleased and grateful for what she’s accomplished and the cookbooks she’s helped create, but she still wants to do more. In enjoying the moment and feeling pride in accomplishments, there is a balance with looking toward the future and wondering what wonderful things might be around the corner. Way back when, Jessie was a young mom looking for an interesting job to fill a few hours away from her home and her kids, so she began packing and sealing bags of granola at the bakery. Now she develops recipes, writes cookbooks, and makes national media appearances with her baking skills.

Guest Recommendation: ONE action for a dream chaser to take–”Hustle, hustle, hustle. Keep going after what it is that you want.”

I showed that I was a hard worker and a fast learner, even though I wasn’t the most skilled worker. @jessiesheehanbakes #chasingdreams

It’s not helpful to look back and regret the choices you made. @jessiesheehanbakes #chasingdreams

I realized that I like structure, but I’m much happier when I’m pursuing something creative. @jessiesheehanbakes #chasingdreams

Right now, I’m doing exactly what I was meant to do. @jessiesheehanbakes #chasingdreams 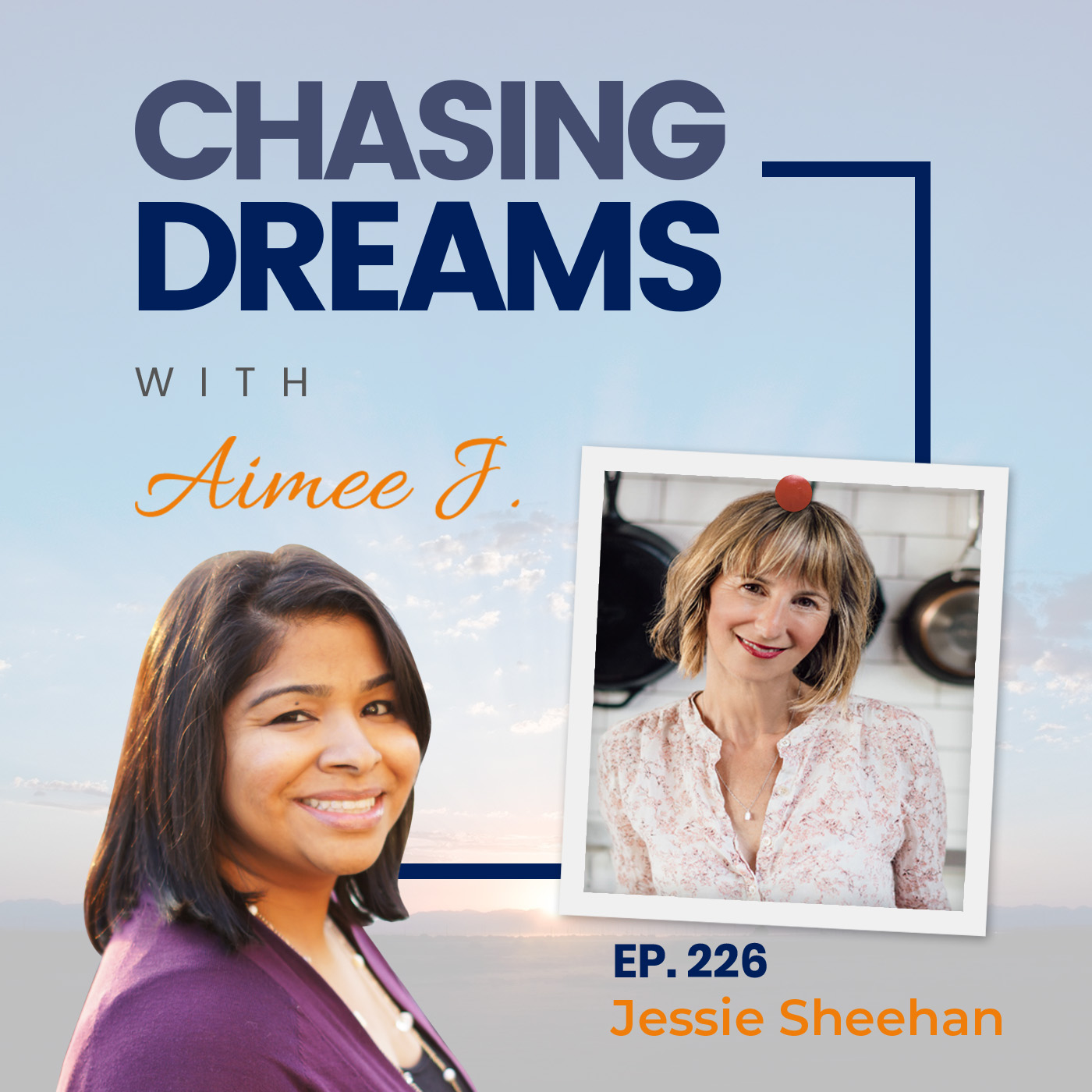