Ep. 221: Samantha Riley – Choose To Live Your Life By Design

I met today’s guest at a conference in Atlantic City. I quickly found her to be a kindred spirit, as we felt an immediate connection and friendship, despite our different cultural backgrounds. She joins us all the way from her home country of Australia!

Samantha Riley left the corporate world and ventured out into the world of business over 25 years ago because she wanted the freedom to spend more time with family to be rewarded for working harder. She has built multiple businesses and grew her first seven-figure business before she was 30 years old. Sam leveraged herself out of her brick and mortar businesses and found herself working less than ten hours each week. Now she has replicated that same system to build her online coaching business, which gives her even more freedom as she’s now location independent. Sam teaches her system to successful entrepreneurs, business owners, and experts, and she helps them develop their thought leadership so they can replace their income, reclaim their time, and lead a more purposeful life.

If you landed the safe, stable government job that your family dreamed of for you, would you leave it to jump into the unknown? Many people wouldn’t, but Samantha isn’t like everyone else. Being a ballerina was her childhood passion, consuming her nights and weekends for many years of training. As she reached adulthood, she was told that she’d never make it as a dancer, so she gave in to her passion for teaching and opened a dance studio after her brief two-year stint in the corporate world with a government job. Logic told her to stay in the stable world, but she realized no one around her was happy. She made the decision to take the gamble, leave the corporate stability, and start over, even though she and her husband had two kids and a mortgage at the time.

TWEET: Logic told Sam to stay in the stable world, but she realized no one around her was happy. @TheSamRiley #chasingdreams

Sam’s advice for others

What drives you? For Sam, it was her passion for dancing that dominated her business life for 20 years. A split from her first husband put her through a difficult time, so branched into holding retreats around spirituality and health and wellness. She helped people with job troubles and moved into the coaching world. Sam quickly realized that she loved the business end more than delivering the expertise; it was through networking and administrating that enlightenment came to her. She says that the problem is that most people won’t make life-changing decisions until their back is against the wall, mainly because they haven’t acknowledged what they really want out of life.

TWEET: It was through networking and administrating that enlightenment came to her. @TheSamRiley #chasingdreams

Why do so many mothers put everyone else first and themselves last? Sam grew up in a household where she saw her mom always put herself last, and she fell into that same pattern with all the aspects of motherhood. As a result, she became resentful, tired, and unfulfilled. She never took time for herself, choosing instead to be the martyr. It took separating from her husband for her to realize that she COULD do things for herself. That big step has made her life very different now than what it once was. Everything she teaches now is based on what people want out of life and how they can make the choices to get them there.

Guest Recommendation: ONE action for a dream chaser to take–”The #1 thing you have to do is to get really clear about what you really want. You can’t create the actions you want to get there until you know what it is that you want.”

Teaching is in my blood, and I just used the vehicle of dance to get there. @TheSamRiley #chasingdreams

For us, taking a gamble was more about looking into the future. @TheSamRiley #chasingdreams

We have to show up and give to ourselves first before we can show up for others. @TheSamRiley #chasingdreams

As humans, we usually don’t make life-changing decisions until we are way, way past unhappy. @TheSamRiley #chasingdreams

Social media curates your thoughts, and if you’re not aware of it, it can send you down a dark rabbit hole. @TheSamRiley #chasingdreams 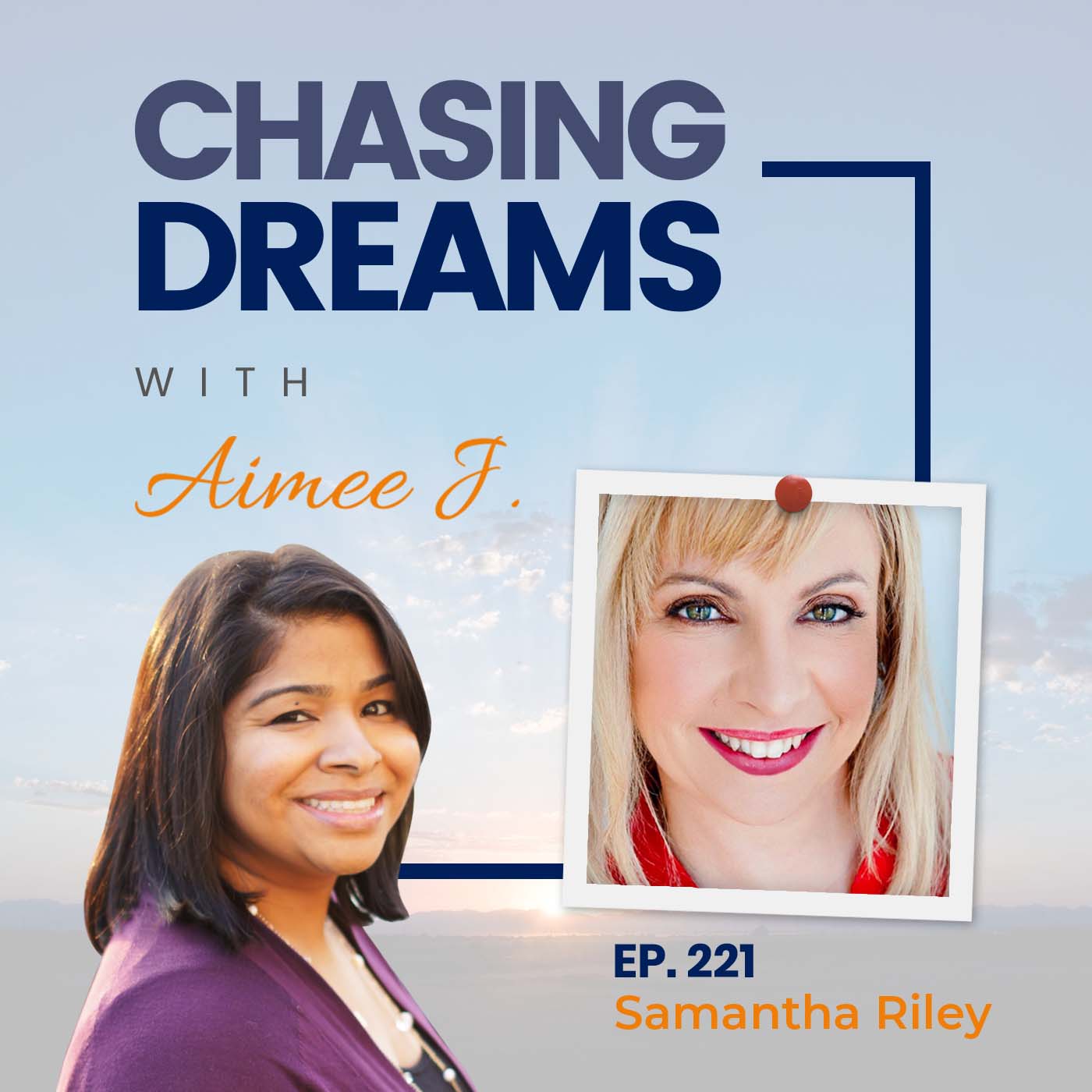