Today’s guest, and one of Aimee’s friends, is Zephan Moses Blaxberg. He’s the host of the Year Of Purpose Podcast where he interviews motivators and inspirational humans from all over the world who are living life on their own terms. That sounds like a ton of fun, doesn’t it? But it’s not where he began. He was a typical college grad who was dreaming about the great job he was about to go find. He did find that job, doing what he loved, but after a year or so the company was sold and was laid off. What happened then? You’ll get to hear the entire story on this episode of Chasing Dreams.

TWEET: If you’re looking for more, there is definitely a way to find it. Go out and let life surprise you

Finding the dream you want to chase isn’t always clearly defined at the beginning.

Zephan Moses Blaxberg, today’s guest, has held every job in the book – from pastry chef to working at the Apple Store Genius Bar. But working for other people (even Apple) wasn’t what he was cut out for. When someone challenged him that he was made for more, he founded a highly successful video production company that landed him opportunities that led to the White House and on set for a Netflix Original Series. His videos can be seen in football stadiums and on major TV stations across the United States. But as you can tell, his path there wasn’t a direct route, and he’s learned lots of lessons along the way. Hear this unbelievable journey of a go-for-it guy, on this episode of Chasing Dreams with Aimee J.

Taking time off to travel around the country without an expense.

After realizing that there was more to life than settling for the script that had been handed down to him, Zephan took a two month hiatus from life and his business. He decided to take a lifelong dream trip to California and spent the time couch-surfing and travel hacking his way around the country. When he got back, he put together “The Year Of Purpose” along with his book, Life Re-Scripted: Find Your Purpose & Design Your Dream Life Before The Curtains Close. You can hear how Zephan pulled off all of this and more in this conversation.

TWEET: Most of the time you have to take a chance in order to allow adventure to happen.

Rescripting his own life and where it led him.

The Adventures Zephan Moses Blaxberg has embarked upon eventually led him to the point of going through a deep personal examination of who he is as an individual. His decision moving forward was to rewrite his life, to make his life what he wanted it to be rather than what was expected either by him or by others. He started taking big action to make that happen. He planned and worked out the details to pull of a huge virtual summit. He created his podcast. He wrote a book. And in the process of all those projects he found himself becoming the person he wanted to be. His journey and attitude are amazing and you’ll love to hear how he got there, on this episode.

Another year to do even crazier and more exciting things.

Zephan Blaxberg is eager to see what the new year brings. He has plans that he’s working toward but he also knows that there are lots of amazing things ahead that he can’t plan… and he doesn’t want to overplan. It’s part of the adventure and live he wants to live to allow life to happen to him as he’s pursuing the things that are on his heart and mind. 2016 promises to be a big year for him, and Aimee is confident it will be. She’s seen the spark of life in him that pushes people to move forward and take life by the throat. Listen to this guy’s story. He’s contagious.

TWEET: One of the biggest keys to success is messing up ~ Zephan Moses Blaxberg

Hey, remember that thing you said you were going to do before you got busy and fogot? Go do it.

TWEET: Even in business, you have to know your limits and when to walk away

TWEET: Where does the client – friend relationship end or begin? A great perspective on this episode 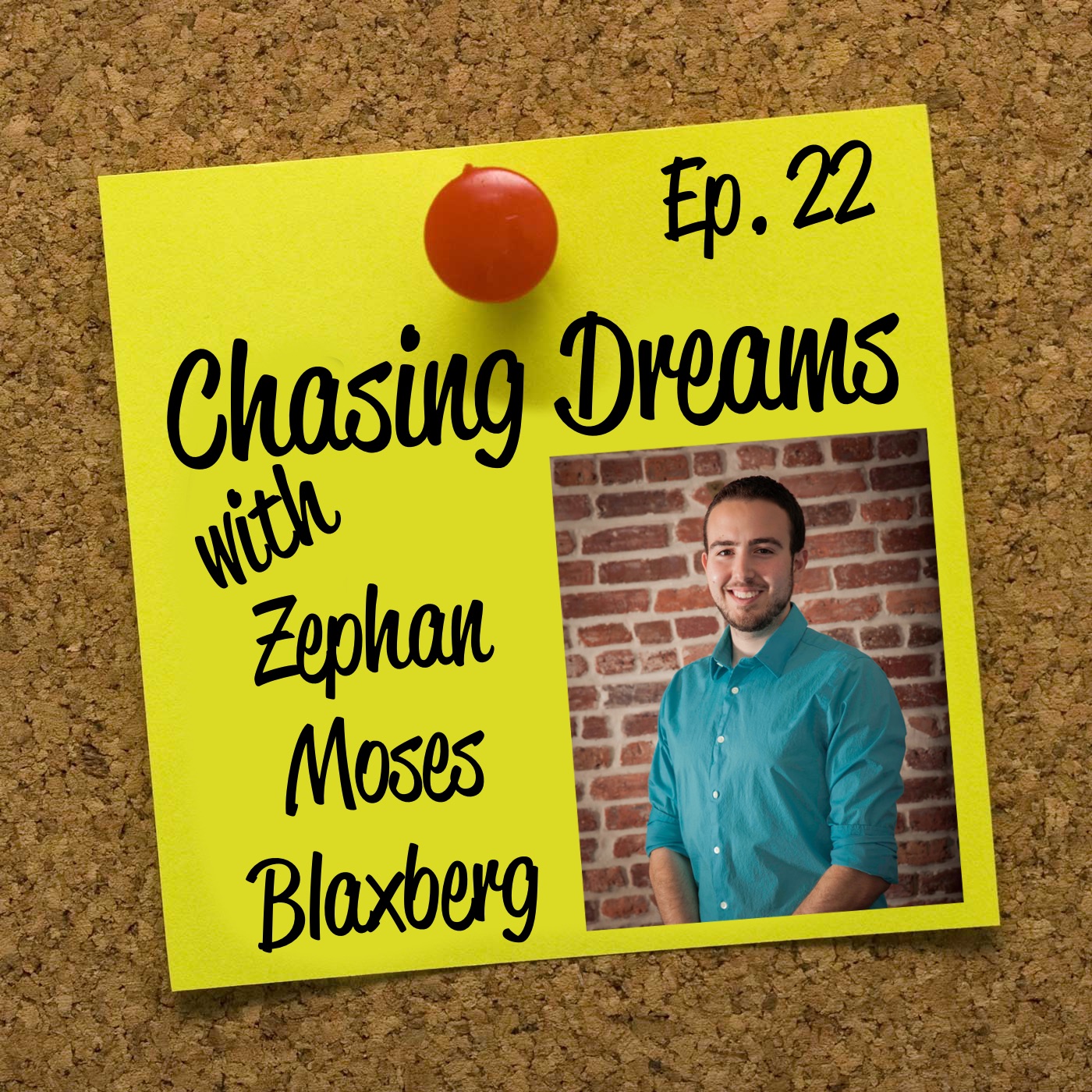