Sometimes a kid can be the best example of a dream chaser. This is certainly true of my guest today. His family epitomizes what it means to chase your dreams, as each one of them works hard to pursue their passions. I think you’ll find today’s interview refreshing and inspiring.

Travis Wolfe, Jr. is a 13-year-old actor, hip hop and breakdancer, and host. After booking his very first audition for a 6ABC News promo, Travis knew he was destined to be an actor. Within five years, Travis landed the role of “Dele” in the CBS series Bob Hearts Abishola, and he’s been featured in shows like Grownish, The Neighborhood, and Laff Mob’s Laff Tracks. He also has a recurring role on Season 3 of Raven’s Home as “Lil Lo Lo.” Besides acting and dancing, Travis uses motivational speaking to encourage other young people to follow their dreams and pursue their passions.

What it takes to succeed as an actor

What do you think it takes to succeed as an actor? It’s not as easy as walking into your first audition and riding the easy train to sudden stardom. Travis says that most people don’t realize what a kid goes through in their journey to become a child actor. Putting a show together takes a lot of preparation and dedication from many people besides just the actors. Travis makes many sacrifices for his acting career, but he says it doesn’t feel like a job since he loves what he does. Besides his acting work on the Warner Brothers set, he has several hours of schoolwork to do every day.

TWEET: Most people don’t realize what a kid goes through in their journey to become a child actor. @traviswolfejr #chasingdreams

Learning from each experience

Do you think most actors experience overnight success? Travis says that it rarely happens that way in the acting profession. He started off doing small parts in commercials and student films, and this path seems to be a normal rite of passage for most actors. Each role is another level to help you get the feel of what goes into the production process. Many actors have stories like Travis—of working hard to achieve their dreams. An interesting fact about Travis’ dreams is that he’d love to be a stand-up comedian someday.

TWEET: Each role is another level to help you get the feel of what goes into the production process. @traviswolfejr #chasingdreams

What Travis enjoys the most about acting

What do you think is the best thing about acting? You might think it’s the paycheck, but that’s not what Travis says. What he loves most is the opportunity to interact with other people and form relationships with them. Actors don’t just arrive on the set and act in their scenes. Travis explains that he spends time connecting with other actors to make the relationships seem real. He loves to find friends and mentors in his set family at each project. As far as future writing or directing, Travis follows the advice given to him by Mario Van Peebles, who told him to learn to be his own boss. This means learning to write, direct, and produce so that he can work for himself and have more control over his career.

Guest Recommendation: ONE action for a dream chaser to take–”Keep going. There will always be people who tell you that you can’t do it. Stay faithful, and you’ll get there.”

There are positives to being an actor, but you have to watch the people you hang around. @traviswolfejr #chasingdreams

Acting takes sacrifice, but if you love it, then it doesn’t feel like a job. @traviswolfejr #chasingdreams

I’d love to branch out and become a stand-up comedian someday. @traviswolfejr #chasingdreams 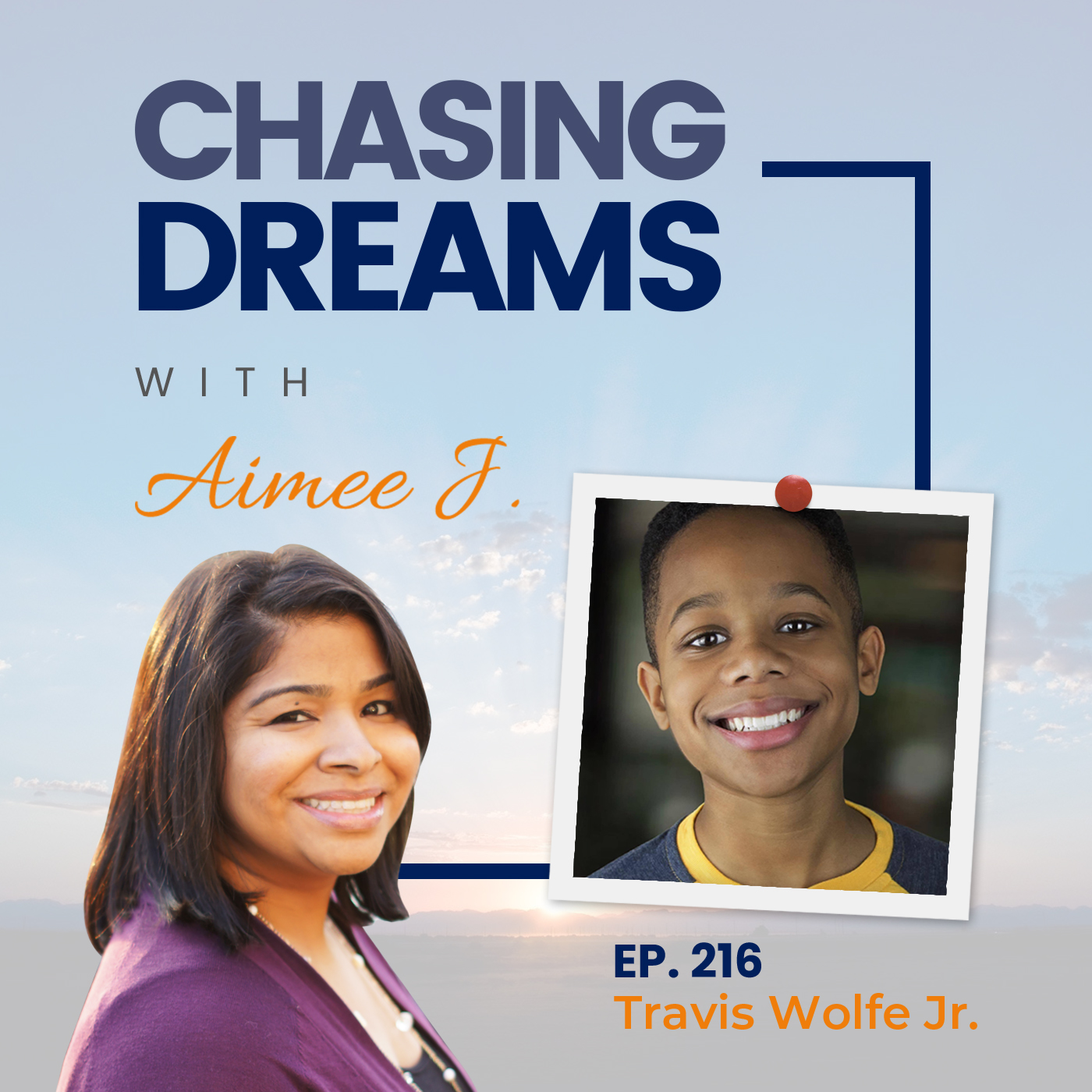