There may be no one in recent years who has endured more public criticism than today’s guest. He’s taken it in stride to springboard into several career endeavors, maintaining his optimism and happy energy while doing so!

After his American Idol audition, William Hung’s rendition of “She Bangs” became famous for all the wrong reasons. Despite the harsh criticism he endured, William persevered, going on to attract a cult following, release three albums, and performing live with Ricky Martin in Las Vegas. A motivational speaker and professional optimist, William is proof that the underdog can succeed when you rise above the haters and choose to be happy. William has appeared on media outlets like FOX, ABC, CNN, and NBC, and in such publications as Rolling Stone magazine, TIME, and USA Today. He’s been a featured guest on Jimmy Kimmel Live! And The Ellen DeGeneres Show. Born in Hong Kong, William now resides in Los Angeles and has written a brand new book, Champion by Choice.

Have you ever been at a crossroads in life? Most of us have been at the point at which we had to make monumental decisions about the future. For William, his decision was to keep going in pursuing his education or to ride the wave of popularity into an entertainment career. With only one life to live, William knew he wanted to live with no regrets at all. He just wanted people to know the truth about him and his story, so the entertainment career was his choice. He went on to do a movie, TV shows, albums, and a book. Even though his career lasted only a few years, he’s happy with his decision and the path it’s brought him down.

No one likes to be criticized or humiliated, and most of us have never endured either to the extent that William has. He says you have to listen to the voices, but you have to decide who to listen to and whose advice and criticism to discard. Constructive criticism can be used to improve yourself, but random hating is what you have to let go. William learned the important skill of reframing criticism in positive ways to help him move forward.

TWEET: Decide who to listen to and who to ignore! @willhungspeaks #chasingdreams

William’s book focuses on “Three C’s.” The first one is Communication, because everyone loves to be around happy, positive energy. William learned to share his truth in tactful ways as he communicated with others. Another C is Context, which means to look at the big picture and not get bogged down with what’s happening around you right now. The third C is Connection because we all need others to help us. William says that no one can succeed on their own in the long term. Sometimes we tend to hold onto people that we should have let go. William explains how the values and vision we want to create in the world will dictate our dreams.

TWEET: No one can succeed on their own in the long term. @willhungspeaks #chasingdreams

Guest Recommendation: ONE action for a dream chaser to take–”Take action today. Make your own luck.”

TWEET: My optimism is a mindset and mentality I learned from my parents. @willhungspeaks #chasingdreams

TWEET: Even though my parents wanted to support me, they were still protective of me. @willhungspeaks #chasingdreams 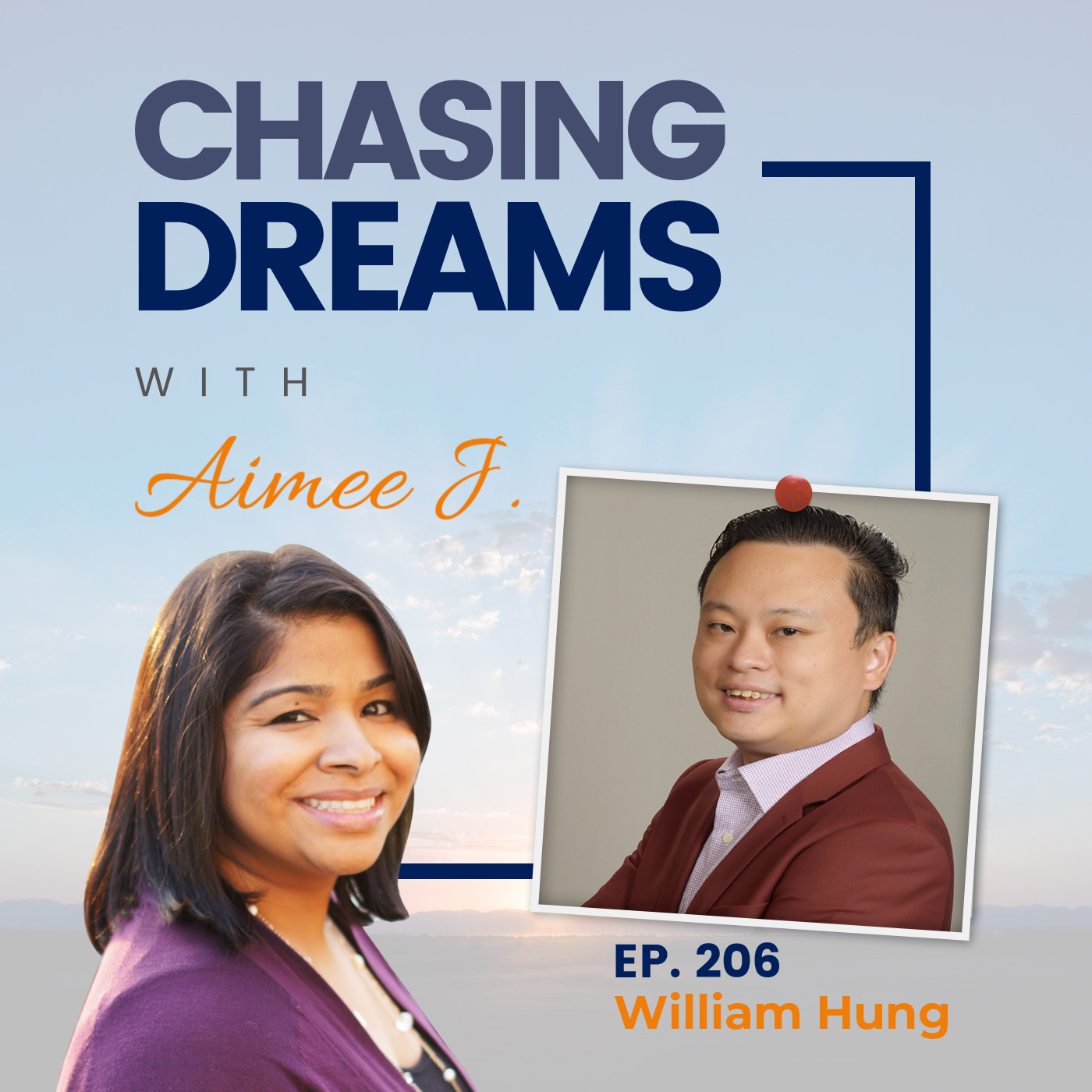