Some of the most beautiful efforts in chasing dreams happen when you use your dream to help motivate others achieve theirs. Such is the story of today’s guest. Her dream has been a lifelong passion for basketball, and now that passion is the fuel that’s helping other young women become successful athletes.

Aquillin Hayes is a Harlem, NY native, University of New Haven women’s basketball standout, 2x Defensive Player of the Year, East Region Player of the Year, Championship MVP, UNH Athlete of the Year, and Finalist for Division II National Player of the Year. She played two seasons in El Salvador and led the league in total rebounds and points. Although Aquillin is still pursuing her dreams of professional basketball, she is using her talents to help others as CEO and Founder of IPF (Infinite Player Fulfillment) Academy.

Taking it to a higher level

What does it take to motivate you? Aquillin was a standout basketball player as a sophomore in high school when opposing teams pinpointed her weakness and exploited it to force her to have bad game after bad game. She realized that she would have to rise above, put in the work, and overcome her weakness to be the dominating player she was used to being. She refused to allow any opponent to have that kind of control over her career and her success. Being “offended” became her motivation to train harder and elevate her game to a higher level.

TWEET: “Rise above, put in the work and overcome your weakness in order to dominate again.” @que_hayes #chasingdreams

Why would someone in Aquillin’s position take the time to start an academy for younger players? She says she saw that the level of competition was changing and young players needed to be trained to not give up. Many players feel defeated and don’t have a lack of urgency, but Aquillin says that young women need to demand more of themselves. It’s hard enough in a man’s world, but women athletes have to develop a culture of the level of intensity that doesn’t leave options for failure. The three pillars of IPF Academy are skill development, fitness, and nutrition; this is the message that Aquillin preaches to her young players.

TWEET: I can work hard to be the better player, but I look for every opportunity to become the better person. @que_hayes #chasingdreams

We all like to get feedback on our efforts, right? Aquillin says she has received both positive and negative reactions to her IPF Academy. Some people are very supportive of what she’s doing and the emphasis on the three pillars. There has also been some opposition, though, because some people claim that this system won’t work with inner-city kids. The critics don’t understand why she has a vested interest in helping the younger athletes. The IPF athletes should be the ones to decide whether this endeavor is working! Aquillin vows to keep going because she loves to prove to people that it isn’t just luck that has gotten her to where she is today.

Guest Recommendation: ONE action for a dream chaser to take–”Be better than yesterday. You’re competing against yourself, so make sure you dominate tomorrow.”

http://aimeej21.com/donate Find out how to donate to keep the show going!

Find the behind-the-scenes interview for more with Aquillin: www.youtube.com

TWEET: The only thing that’s changed in my love for basketball is my perception of the hard work required. @que_hayes #chasingdreams

TWEET: The attitude of never giving up helps you overcome the underdog mentality. @que_hayes #chasingdreams

TWEET: I want to change the way the world views women in sports. @que_hayes #chasingdreams 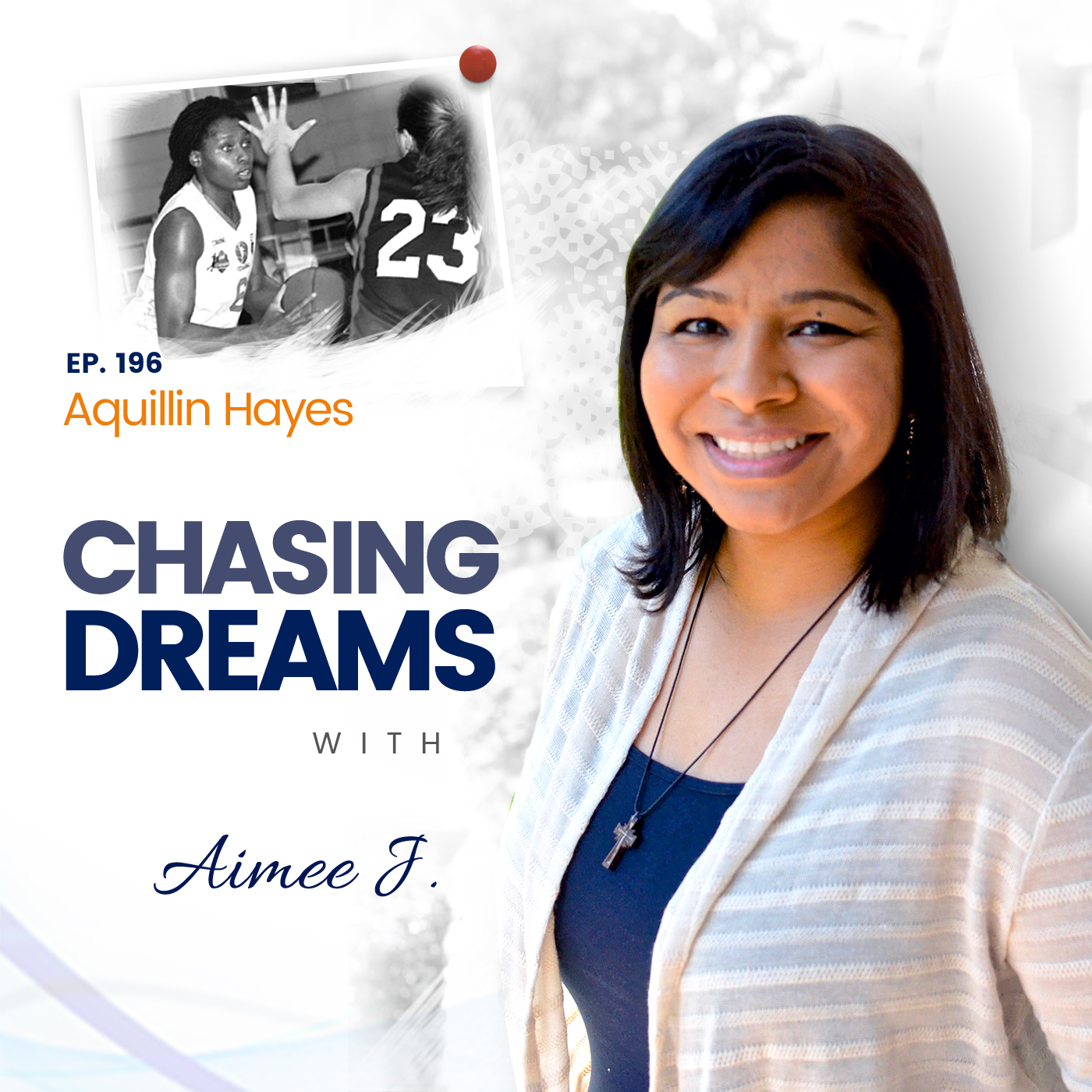