It’s always a thrill to catch up with a former guest, especially one who has been super-successful in chasing dreams and achieving goals. Today’s guest appeared on Episode 18–way back in 2015. Let’s check in and see what’s new!

From the chauffeur seat to the C-suite, Tony Woodall has used his Goal Getting program to go from 50 to 32 in waist size and is in better shape now than he was in his 30’s. He’s become a master at achieving his goals and helping his clients do the same. As a coach, speaker, consultant, and the author of 9 Steps to Successful Goal Achievement, Tony proves that you’re never too old to achieve your goals and dreams. This host of the Goal Getting podcast has inspired and helped people reach their high-performance goals, and he’s worked with realtors, lenders, bankers, and other corporations to reach their potential and beyond. Where have you made the biggest commitment? Like many people, Tony has battled weight gain for much of his life. Within the past year, he’s dropped from 300 lbs. to 185 and increased his level of physical fitness and overall health. Why has the weight loss process been different this time? Tony explains that the most significant difference has been the commitment he made to himself, most notably in writing a commitment letter, a promissory note of sorts, that he wrote to himself. The motivation for the letter was diabetes, high blood pressure, and other problems as his 60th birthday approached. He says that he wanted to take the money he spent on medications and use it for traveling, having fun, and enjoying life. The key was simple, although not easy: “Eat less, exercise more, and overcome bad habits.”

Every little step is progress

Does achieving a goal bring you happiness? We all know the joy and satisfaction that come from accomplishments. Tony acknowledged this happiness every time he met small goals along the way of his journey to better health. He says that the ability to grow and see progress is a need that humans have. Every little step toward a goal is a positive moment that deserves a reward. Seeing those small steps gives you the momentum to keep moving forward. Tony was even able to start running, which was something he never thought he could do. He says, “Once you realize what you CAN do, that’s when things change.”

TWEET: “Once you realize what you CAN do, that’s when things change.” @TonyWCMB #chasingdreams

Do you make excuses as to why you can’t accomplish specific goals? Tony was used to making excuses as to why he couldn’t do certain things because he was fat and overweight. As a result of chasing his weight loss and fitness goals, Tony now has the motivation to step out toward accomplishing other goals in his life. One example of that is in personal relationships. Tony now has the mentality to try something new as a ripple effect of the dreams he has already chased.

Guest Recommendation: ONE action for a dream chaser to take: “Set your goal. Write it down. Don’t let anyone stop you. Your choice of decisions is what will rule your life.”

Find out how to donate to help the show! http://aimeej21.com/donate

Find out how to pre-order t-shirts: http://aimeej21.com/store

TWEET: When you find your WHY, then you find the motivation to change. @TonyWCMB #chasingdreams

TWEET: I will never stop creating new goals for myself. @TonyWCMB #chasingdreams

TWEET: The goal you accomplish creates a ripple effect for even more new goals! @TonyWCMB #chasingdreams 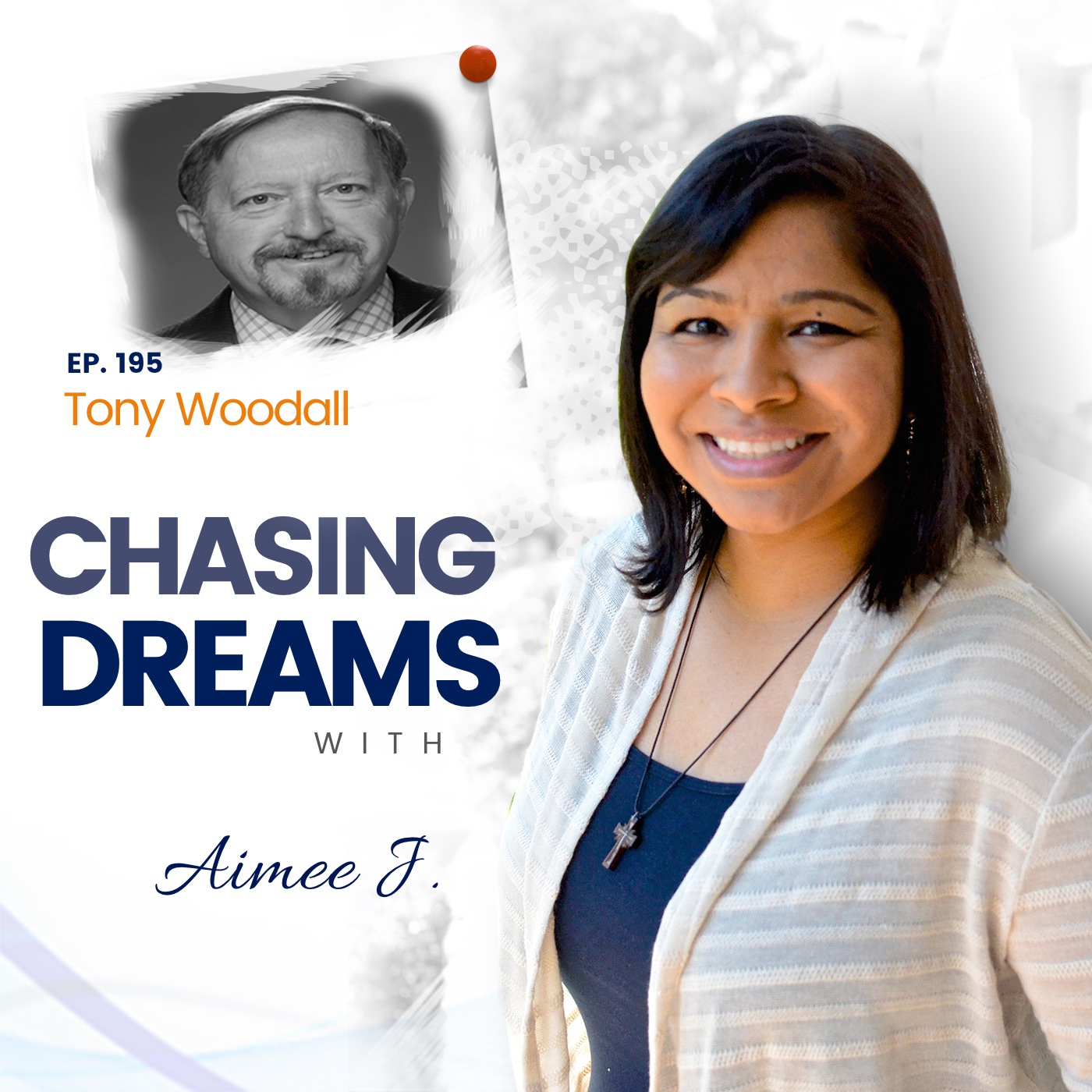