We all know that dreams can change over time, as we gain clarity and wisdom with the experience that comes from successes and failures. My guest today readily admits that he had the wrong perspective just a few years ago, and it was only when he changed his approach that things fell into place. Join us to see how he found the right path to his most important dreams.

Alex Barker is no stranger to this podcast. He appeared way back in Episode 12, in 2015. Go back and take a listen if you haven’t heard our first conversation. Today, Alex has changed a lot of things in his life in chasing his dreams. He’s sharing with us how far he’s come, how the dream has changed, and how his chase has become different from the mishmash of distraction that it used to be.

What Alex has learned

Have you felt distracted and torn between the things you want to accomplish? Alex did a 66-day experiment and learned a lot about himself and his dreams. One lesson he learned was that he only has a certain amount of time each week to put toward his dream. He sometimes felt a lack of dedication and focus as his attention was diverted in many directions. Overall, he felt disappointed in where he was and felt like he should have been further along. Someone asked him what was stopping him, and he realized how his attention had been going in too many directions. He gave himself an 18-month ultimatum to make the progress he expected of himself.

TWEET: I felt trapped in the sense that I could never really say what was on my mind, for fear of consequences. #chasingdreams

Have you dreamed of being debt free? Most everyone has at some point, but have you taken definitive steps to make it happen? Alex took classes on finances and learned about investing, because he wanted to become debt free as quickly as possible. He and his wife lived off one paycheck each month and used the other to pay down their debt. He negotiated with his employer to help pay off his student loans and he made a plan to pay off their mortgage in just 3 years. It took a combination of disciplined living (it was NOT fun!) and using his business wisely to pay off the debts and fund their desired lifestyle.

TWEET: There’s no such thing as a failed experiment–only feedback. #chasingdreams

The future for Alex

What’s next in YOUR future? Alex has some magnificent things happening in his future. He’s working on a book that he hopes will come out in a few months. It’s called Indispensable, and is about creating a fulfilling career in the world of pharmacy. He’s also looking to host an online summit soon. His desire is to constantly show people that there are other paths, mainly because of the miserable people who are in the pharmacy business. Burnout is common and suicide rates are high. Alex has a heavy burden to help these people who are broken.

TWEET: Working for myself has completely changed my week and how I spend my time. #chasingdreams

Guest Recommendation: ONE action for a dream chaser to take–”If you have a dream, pick a date on which you will decide to either continue doing this or give it up entirely. Pick a goal or a deadline, and the rest will happen, or it won’t.”

TWEET: Having a deadline gives you a date by which to accomplish your dream–or give it up. #chasingdreams

TWEET: So many dreams don’t happen because we don’t put constraints on ourselves. #chasingdreams 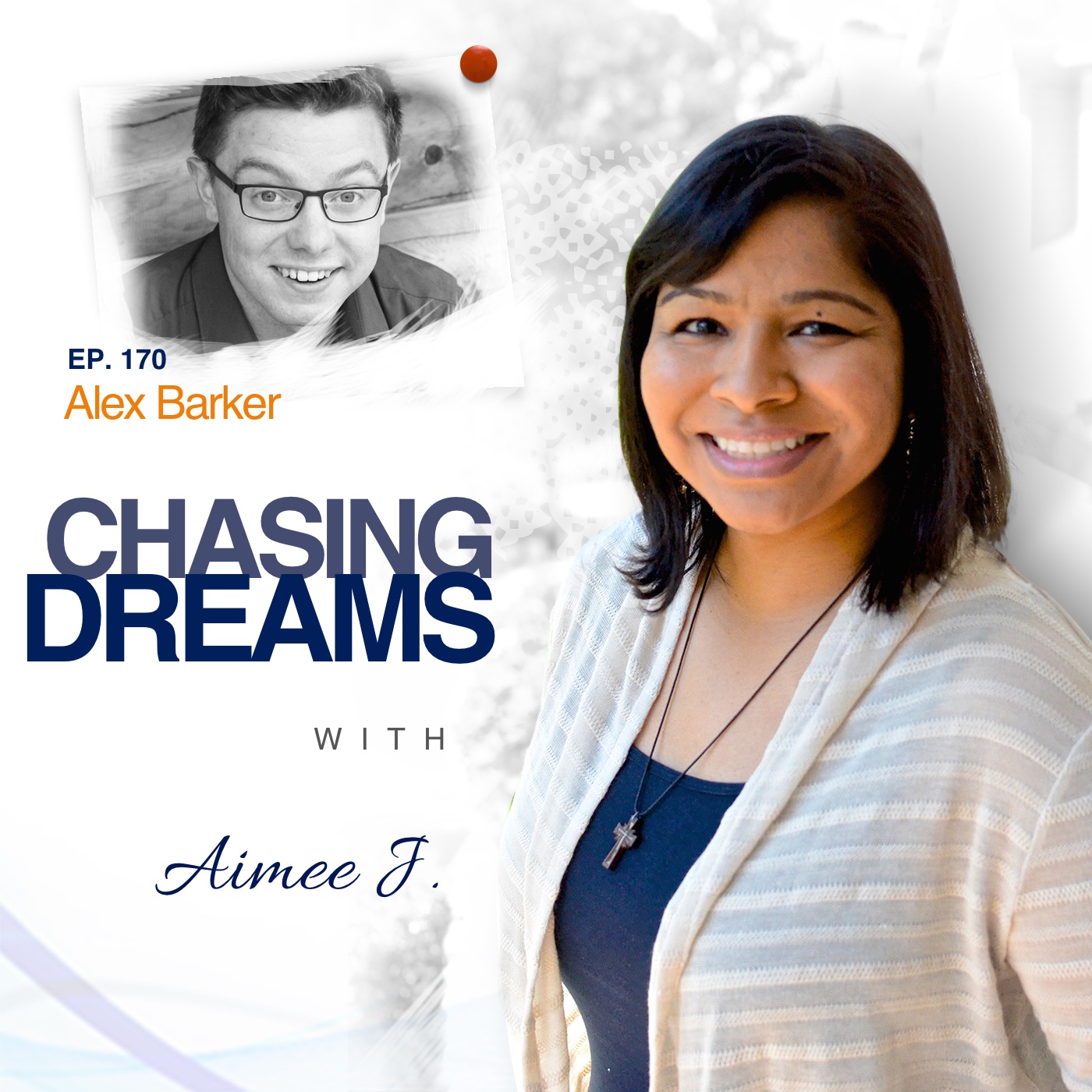