Today’s guest is Frank J. Sileo, PhD. He’s a NJ licensed psychologist and the Founder and Executive Director of The Center for Psychological Enhancement in Ridgewood. In his practice, Frank works with children, adolescents, families and adults. Since 2010, he has been consistently recognized as one of NJ’s top kids’ doctors. He is an author of five children’s books, including “Sally Sore Loser: A Story about Winning and Losing.” That book was a Gold Medal recipient of the prestigious Mom’s Choice Award. His fifth children’s book,m “Don’t Put Yourself Down in Circus Town: A Story about Self-Confidence” was just released in February of 2015. Dr. Sileo is chasing his dreams by helping people deal with the problems life throws their way – from children to adults. You’ll hear his story on this episode of Chasing Dreams.

TWEET: A successful psychologist and children’s author, on this episode of #ChasingDreams

Dr. Frank Sileo liked to write when he was younger but as his career developed he lost the time and reason behind the writing. When he began working with children in his psychology practice be noticed that the power of stories and some of his therapy modalities geared around storytelling were powerful ways to help children sort out their feelings and receive help. That’s when he got the idea to write books for children that taught about important issues in their lives. His books have been well received and many children and parents have told him the great benefit they have been. You can hear how he went about being published and what he hopes his books will accomplish, on this episode of Chasing Dreams.

What did it take to become a published children’s author?

There are many popular answers to a question like this – dedication, hard work, talent, etc. – and none of them are any less true in Dr. Frank Sileo’s case, but he adds the quality of persistence to the mix. He was determined to get his books published because he knew the good they could do for many children, so he kept sending out manuscripts and making contact with publishers until he found one who would publish his work. If you’re a Dream Chaser who’s eager to have your own writing published, Frank’s story could give you a great shot of encouragement, so be sure to listen.

TWEET: What it took to become a successful children’s author, on this episode of #ChasingDreams

The serious lack of self-confidence in our culture.

It’s hard to say what the source of our self-confidence crisis is, but it’s very evident that it exists. Adults, as well as children, seem plagued with a lack of confidence in their abilities. Dr. Frank Sileo deals with the confidence issues people struggle with in his psychology practice every day. He believes that with the right help everyone can overcome a low or sagging self-confidence to become a blessing to the world around them. In this episode of Chasing Dreams Dr. Sileo shares his thoughts on the difference that every person can make to their family, friends, and the world if they can find the strength to confidently be who they’ve been made to be.

A recommendation for all you Dream Chasers: Journaling.

One of the tools that Dr. Frank Sileo uses in his psychology practice that he believes can be of great benefit to every person is the practice of journaling. It’s an opportunity to unscramble the millions of thoughts you have everyday, getting them out on paper so you can look at them and process what they mean. Dr. Frank recommends that you do not editorialize or censor yourself when you journal, but that you just write. As a famous minister once said, “Thoughts disentangle themselves when they flow from the lips or fingertips.” Dr. Frank couldn’t agree more. Hear his advice on how to get started journaling on this episode of Chasing Dreams, with Aimee J.

TWEET: Learn how to use #journaling to disentangle your thoughts and refresh your mind, on this episode

Aimee and her guest alternate saying things that fit in the chosen category. They must continue doing so, in rapid fashion, without repeating one, hesitating too long, or giving a wrong answer, until one of them can’t come up with another name.

TWEET: I often tell my patients to practice balance, so I have to do it myself ~ Dr. Frank Sileo

TWEET: The #SelfConfidence crisis in the world and what we can do about it, on this episode 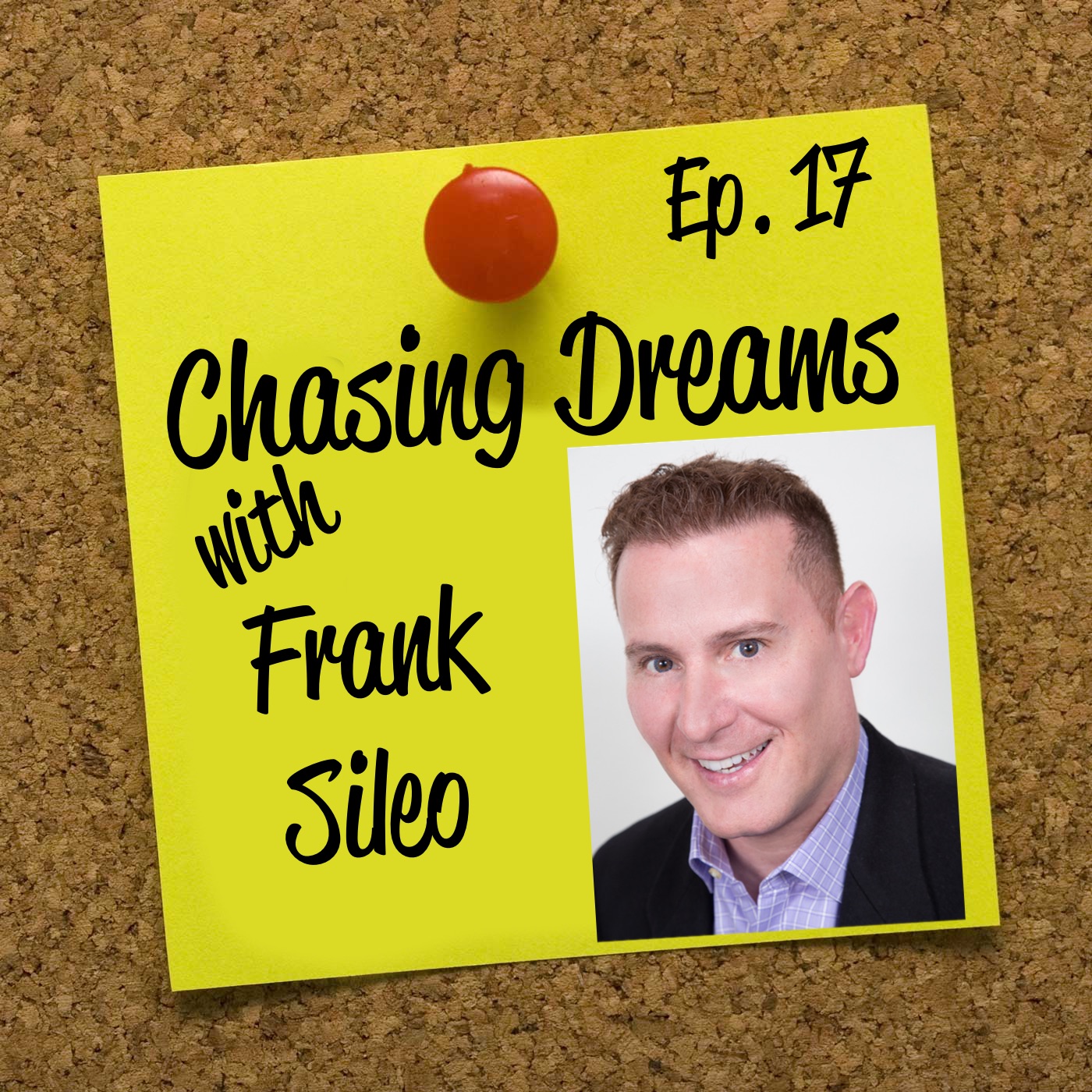