Have you ever thought about starting your own podcast? Today’s show has amazing tips from a seasoned expert in the world of podcasting. He has the answers to all your questions around all things podcasting. Don’t miss my conversation with Chris!

Chris Krimitsos is often described as a change-maker, motivator, catalyst for change, and inspiration. Whether he’s working with a major company’s CEO or a new solopreneur, Chris is passionate about being a difference maker. Channeling that energy into creating a documentary, Chris has successfully birthed The Messengers: A Podcast Documentary, which has obtained worldwide distribution and theatrical screenings. With a unique skillset programmed to stay out in front of rapid change, Chris is a speaker, business leader, and source for growth who empowers audiences toward better opportunities for succeeding in business in the 21st century.

A gift for communicating

Has anyone ever done you the favor of shooting down your dream? Chris is from a “big, fat Greek family” in New York. His childhood dream was to own a diner—that is, until he worked in his uncle’s diner and found that it really wasn’t what he wanted. At the end of his shift, his uncle gave him $50 and told him not to ever come back. He went on to tell Chris that he had the gift of communicating with people, and that he should use that gift and go to school to develop it. These meaningful words became a huge pivotal moment that Chris has lived out by creating community and coordinating events.

TWEET: The people who “start ugly” will almost always beat those who want to start perfectly.#chasingdreams

Is college the right choice for everyone? Chris knew by age 8 that he would be an entrepreneur and would never need a traditional college education. Although he attended three different schools, he never got a degree. He calls himself a “lifelong learner” who loves learning, but not for a structured purpose. He pursued his goal of becoming a millionaire in his 20’s, but didn’t achieve it. A close friend helped him move to Florida and then passed away; his loss changed the trajectory of Chris’ life and spurred him to create a bucket list. One aspiration was to produce local TV shows. Chris learned the technical skills he needed, went on to work on two shows, and his career took off in media.

TWEET: I got really tired of answering the question, “What is podcasting?” I created a visual representation of podcasting that would inspire people. #chasingdreams

What does it take to make a movie? For Chris, the movie was born out of people repeatedly asking him about podcasts. When he would explain podcasts, a common response was that people just couldn’t understand what they were all about. He wanted to create a visual representation to show people about podcasts, but he didn’t just want an informational documentary. He put a production team together and started traveling around with his friend, Neil. They interviewed people in the world of podcasting and shared their stories. The film became a vehicle to convert people into podcast listeners, and the movie has been accepted into film festivals. Chris’ next step is to share it on Facebook to get the message of podcasting out there to a larger audience.

TWEET: Anyone who has a podcast has a message for their community. #chasingdreams

Guest Recommendation: ONE action for a dream chaser to take–”Start ugly. Record something now and just start. You can clean it up later.”

TWEET: My uncle saw that I had the gift to communicate with people and he wanted more for me. #chasingdreams

TWEET: We have a really tight-knit community of individuals–and we love that. #chasingdreams 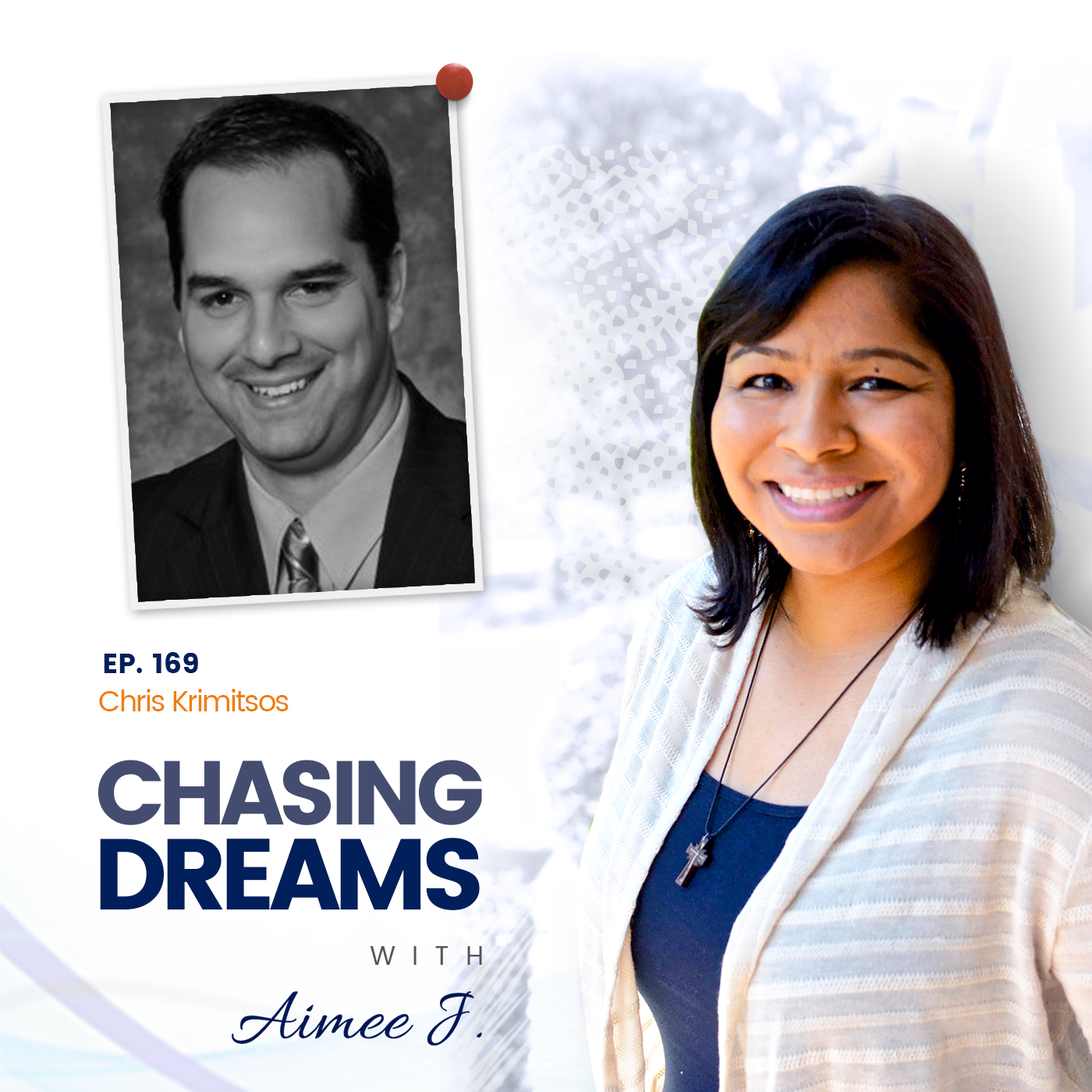