Today’s podcast episode is motivated by Aimee’s desire to have all of her listeners hear her guest’s story. Kara Gott Warner, Creative Knitting Magazine Executive Editor, and host of Power Purls Podcast, began her career designing knitting patterns in 2002. Her designs have been published in several magazines, including: Creative Knitting, Vogue Knitting, Family Circle Easy Knitting and Interweave Knits. Kara has a background as a technical illustrator, working with craft book publishers such as Random House, Lark Books, Sterling Publishing and F+W. Kara first joined Annie's Publishing in 2008 as knitting book editor, and then in 2010 signed on as Executive Editor of Creative Knitting Magazine and Annie’s knitting publications. Through Power Purls Podcast, Kara's mission is to dig deep and ask those burning questions about what turned her guests on to the “two sticks and fiber,” in the first place, and what keeps their needles moving!

TWEET: If you just focus on one small aspect of your industry, it’s going to be hard ~ Kara Gott Warner

The negative power of pigeonholing yourself.

When Kara Gott Warner began working full time as editor of Creative Knitting Magazine, she became aware of the ease with which knitters could pigeonhole themselves. To her, it seemed that too many would lump themselves into a certain skill category and feel that they were unable to move from there. Kara felt that the categories needed to be broader, so she created new categories to enable people to more easily move from one to the next without as much fear of stepping out of their comfort zone. Isn’t that a great parable for life? We all too easily think of ourselves in one set way when the reality is that each of us has the ability to grow, mature, and increase in skill so that we are not today what we were tomorrow. Hear more of Kara’s insights on this episode.

Luck is when preparation meets opportunity.

It’s common nowadays for people to talk about the impossibility of overnight success and today’s guest, Kara Gott Warner agrees. Her journey from an unhappy financier to editor of Creative Knitting Magazine was almost a decade long. She attributes the success she’s experienced to constant motion in the same direction. She wasn’t standing still. She was moving toward what she wanted, preparing herself, learning, growing in the skills it would take to become what she wanted to be. In this episode Kara unpacks her thoughts about how that happened in her own journey and gives some advice about the importance of preparing yourself for the future while you’re waiting for the opportunities to come.

TWEET: I was on a trajectory I didn’t like and my husband encouraged me to quit ~ Kara Gott Warner

When you truly care about something you just can’t quit.

Kara Gott Warner had a reintroduction to knitting in her early 20s. It became a place of solace and personal therapy for her at the end of a hard or busy day. She fell in love with knitting and began designing patterns of her own. But it wasn’t long before she realized that she wanted to somehow make her love for knitting into a career. That might sound crazy because knitting doesn’t sound like a very lucrative business niche, and it’s not. But Kara didn’t care about that. Her desire was to always have knitting be near the center of her life and that included her work. So she set out in that direction and never looked back. Even though hard times came, she didn’t allow herself to become discouraged because she cared about knitting so much. Aimee does a great job of drawing out Kara’s story and the lessons she’s learned on her way to the top, so be sure you listen in to this inspiring episode.

Looking back, what things would you change?

Most of us have missteps or regrets of one kind or another – both small and more serious. But when Aimee asked her guest, Kara Gott Warner what she would change if she could start her journey over, Kara said, “Not a thing.” She believes that everything she’s been through has been for her own growth and development and that if any of those things were magically changed, she wouldn’t be the person she is today. Now THAT is a refreshing perspective, and Kara’s full of them. You can hear the entire conversation Aimee had with Kara, Editor of Creative Knitting Magazine, on this episode of Chasing Dreams.

Aimee and her guest play a quick response game, based on a randomly drawn topic. Once they begin, the first to pause too long, give an obviously wrong answer, or repeat an answer that’s already been given, will be the loser. WHO’S GOING TO WIN?

The Morning Cool Down Podcast

TWEET: If you’re struggling and confused, it’s a sign you need to stop. It’s not time ~ Kara Gott Warner 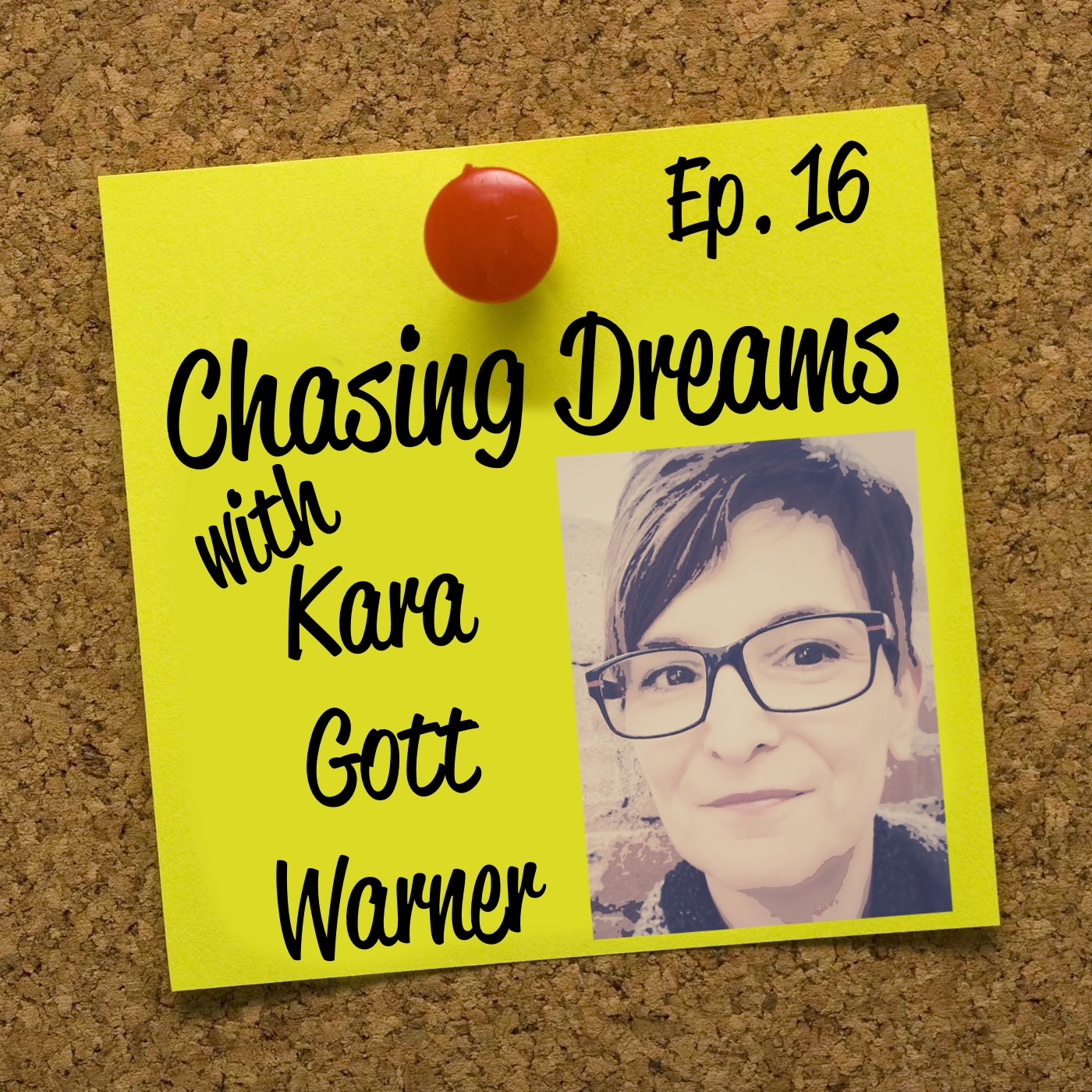